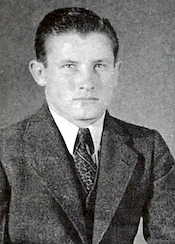 Aircraft B-29-42 with serialnumber 42-24644 departed from Saipan, Marianas Islands on a combat mission to Tokyo, Japan. The aircraft with eleven crew members was not contacted by radio after the take-off.
T/Sgt Louis T. Vance parachuted from the damaged plane, and had been evacuated to the United States and stated: Enemy fighter fired two bursts into number four engine and vicinity which ignited the engine and also punctured a fuel cell directly behind number four engine. This happened about 1:00 A.M., 14 April 1945. We were flying in a course going from Tokyo to Choski Point. At the time of bailing out we were approximately 40 miles inland. Everyone had ample time to bail out before the ship exploded in mid-air. To my knowledge no one was injured prior to bailing out. Captain Will F. Latimer Jr. and Staff Sergeant Chester A. Johnson Jr. were reported to have been in Tokyo jail. 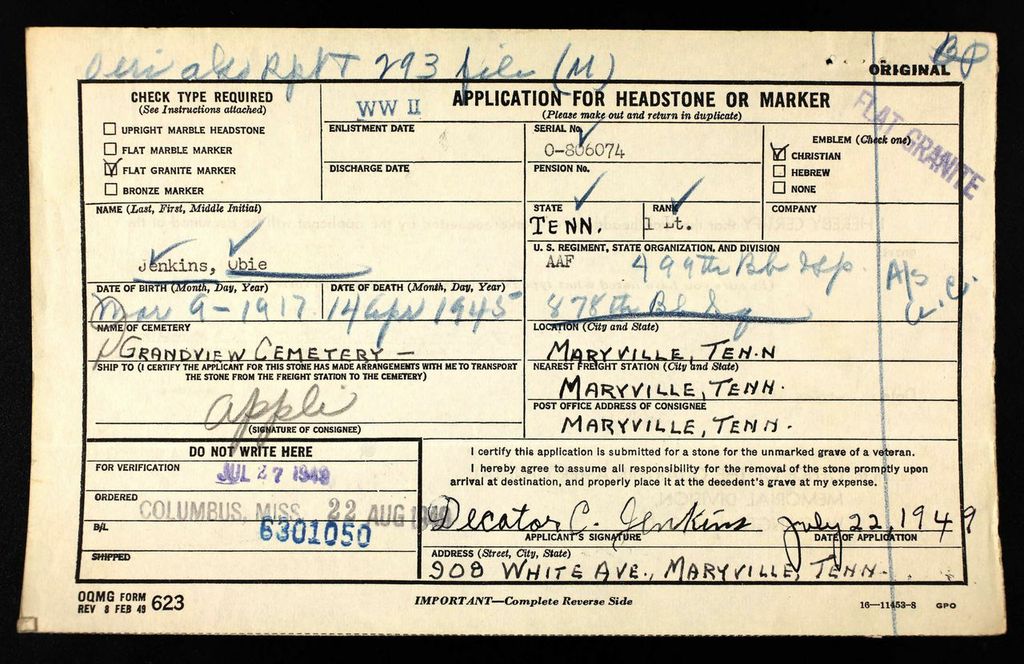 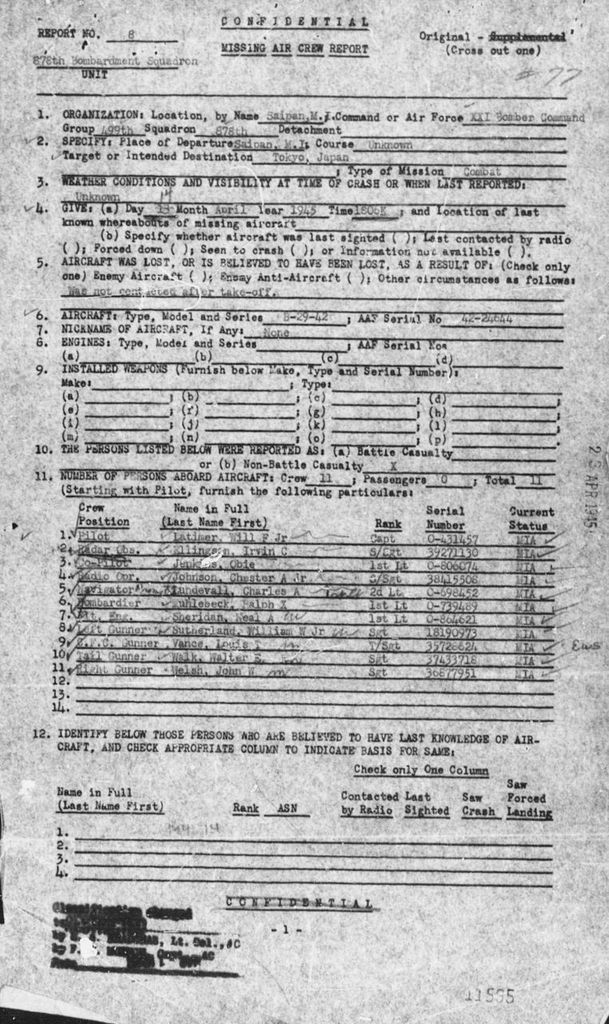