He enlisted for military service on June 3, 1944, in Camp Shelby, Mississippi. He served in the Pacific Theater with the 128th Infantry Medical Detachment. He died of wounds on April 10, 1945 in Luzon, Philippines. His body was returned to the United States from Manila, Philippines, aboard the U.S. Army Transport Crain. He is buried at Pine Grove Presbyterian Church Cemetery in Blount County, Tennessee.

His obituary was published in the Maryville Enterprise on August 5, 1948: 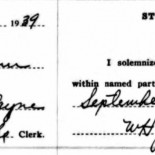 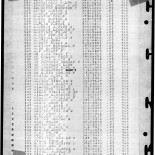