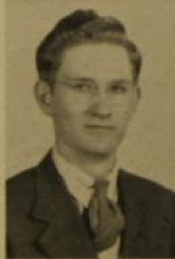 Norman W. Lane was a quiet, but hard-working student who later became a U.S. Army medic. He was with Company A, 315th Medical Battalion near Normandy when he was killed by enemy fire while trying to tend to his wounded comrades.