Aircraft B-24H with serial number 41-14526 departed from Manduria Air Base in Italy on a combat mission to Hall West M/Y in Austria.

Statement from Glenn E. Guoan:
On 16 February 1945, our group was on a mission to bomb the west marshalling yards at Hall, Austria. I was flying tail turret gunner in ship number 787 in the number seven position in the second box in the first attack unit. Lieutenant Stiede was pilot of a B-24H type aircraft, serialnumber 41-28607 flying in the number eight position of the same element. Approximately three minutes before reaching the I.P. (Initialy Point), I noticed Lieutenant Stiede’s aircraft dropping behind the formation with her number two engine smoking. Then our formation had to change course to get out of the way of a formation of B-17’s. At this time, the aircraft I was flying in tagged onto another box and I saw Lieutenant Stiede’s aircraft peel off heading towards the mountains. When I last saw this aircraft, the number two engine was still smoking. The ship was under control and losing altitude. The altitude was approximately twenty thousand feet. The time was 1215. The coordinates were 47 degrees 56 N – 10 degrees 48 E. I failed to see any parachutes leave the aircraft. The aircraft crashed northwest of Voltane into the sea. F/O Levenson was the only survivor. He succeeded to get out of the machine after it hit the water. The rest of the crewmembers were initially buried at the Cemetery of Fontane. 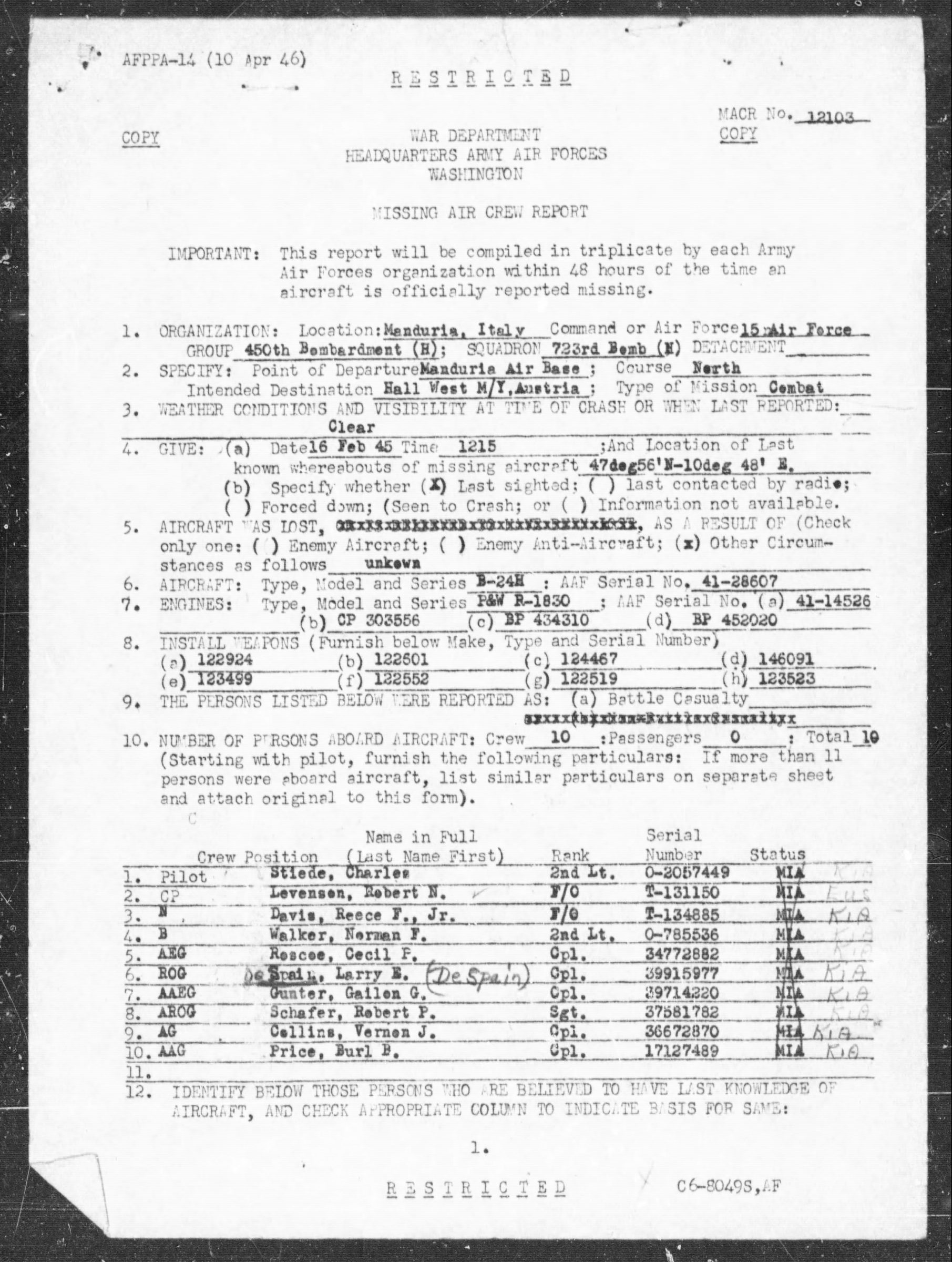