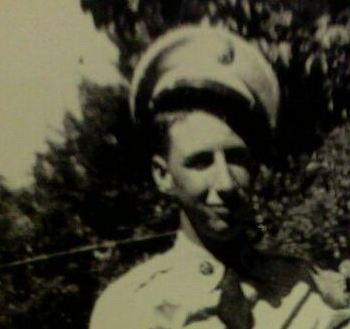 Norman Edgar Flynn was born in 1932 to Marshall Eugene Flynn and Stella B. (Moore) Flynn. Private First Class Flynn was a member of Company L, 3rd Battalion, 31st Infantry Regiment, 7th Infantry Division. He was Killed in Action while fighting the enemy in North Korea. His remains were not recovered.

On November 27, 1950, the 31st Regimental Combat Team (RCT), tasked with replacing the 5th Marine Regiment on the east side of the Chosin Reservoir in North Korea, arrived at the P’ungnyuri Inlet. That night, Chinese Communist Forces (CCF) launched a massive surprise attack against the soldiers and Marines at the inlet. The 31st RCT managed to repel the numerically superior CCF’s initial attack; however, the enemy continued to attack over the next two nights. On December 1, the 31st RCT began its withdrawal from the P’ungnyuri Inlet to Hagaru-ri.

Private First Class Norman Edgar Flynn, who joined the U.S. Army from Tennessee, served with Company L, 31st Infantry Regiment, 7th Infantry Division. He was killed in action on November 28, 1950, during the Battle of Chosin Reservoir when his unit, part of the 31st RCT, fought the CCF at the P’ungnyuri Inlet. When the 31st RCT made its fighting withdrawal to Hagaru-ri, they carried so many wounded soldiers with them that they were forced to leave the bodies of the fallen behind. PFC Flynn’s remains were not recovered at the time and have not been identified among those returned to U.S. custody after the war. Today, Private First Class Flynn is memorialized on the Courts of the Missing at the National Memorial Cemetery of the Pacific. 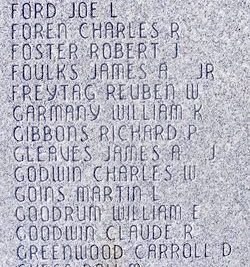