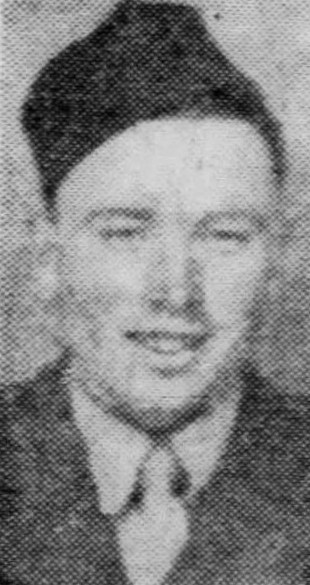 Pvt Collins was initially buried at the USAF Cemetery Jokohoma No. 1, Japan

The Knoxville News-Sentinel, January 7, 1946
Pfc. Noah V. Collins, son of Mr. and Mrs. Sam Collins, 208 West Baxter Avenue, was one of the nine soldiers killed in a fire Dec. 23, in a medical battalion barrack on the island of Shikoku, Japan, the War Department said today. Three other Tennessee and Kentucky soldiers were injured in the fire. They were Cpl. Dewey Christian, Pineville, Ky.; Cpl. Harry E. Womack, Nashville and Pfc. Harold C. Mayberry, Cookeville. The victims were caught in a blaze which destroyed a two-story frame building in a few minutes, it was reported. Mrs. Collins said today that she received news of her son’s death Dec. 27 in a telegram from the War Department, and on Dec. 31 she received a letter from the War Department. On the same day she received the letter, Mrs. Collins received her last letters from her son. It was written a week before his death. In this letter he thanked her for a package she mailed to him. He wrote: “I got the package last week. The cake was really good and the cigarettes came in Handy. I was out.”
Pfc. Collins is survived by his parents; four younger brothers, James, Homer, Paul and Glenn; and one younger sisters, Grace. 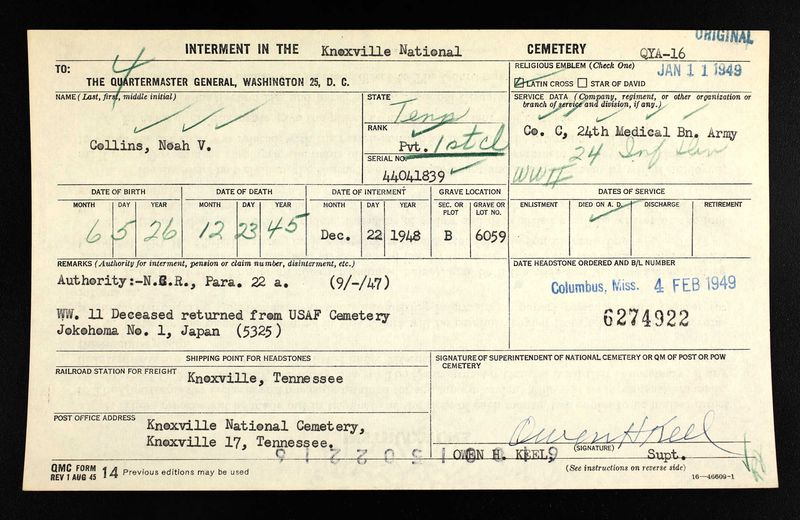 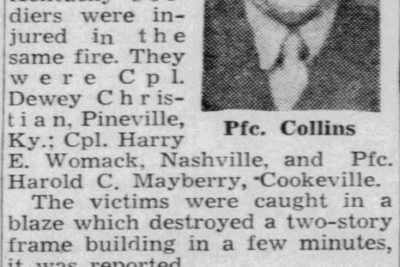