Private First Class Tyree was a member of the 180th Infantry Regiment, 45th Infantry Division. He was Killed in Action while fighting the enemy in North Korea.

The Elizabethton Star, September 20, 1953
The body of Pfc. Noah Howard Tyree, Jr., 20, will arrive in Johnson City from San Francisco, California. He will be escorted by his brother, Sgt. Fred H. Tyree, witht he United States Army in Korea. P.F.C. Tyree was killed in Korea, on July 16, 1953, one day before the end of the Korean War. He had served for three years in the United States Army, the reenlisted and was sent to Fort Jackson, S.C., where he received training in the infantry. He was killed just five months after reenlistment. He attended the Range and Junior High Schools in Elizabethton prior to joining the Army.
Survivors include his father and step-mother; two brothers, Sgt. Fred Tyree and Wilburn Tyree; one sister, Georgia Beatrice Tyree of South Carolina; three half-brothers, Elbert Price, Paul David Price and Ralph Tyree; two half-sisters, Mrs. Pauline Price Holden and Mary Tyree; two step-sisters, Frankie and Ruby Tyree; one stepbrother, Tommy Tyree.

The Elizabethton Star, November 29, 1953
A medal for PFC Tyree – Howard Tyree Sr., wears the Bronze Star Medal with “V”device for Valor the nation’s third highest award, posthumously awarded to his son, Pfc. Noah Howard Tyree, Jr., who was killed in action one day before the Korean War ended. Presentation was made by Major Hugh L. Cardoza, of the East Tennessee State College ROTC staff, for the Third Army at a simple ceremony at the Pleasant Beach Baptist Church. With Mr. Tyree and Mrs. Tyree, sisters Frankie and Ruby, and brother Tommy. From the citation: “in the midst of mortar and artillery fire, Pfc. Tyree left the trench and engaged the enemy in hand to hand fighting … beyond the call of duty.” 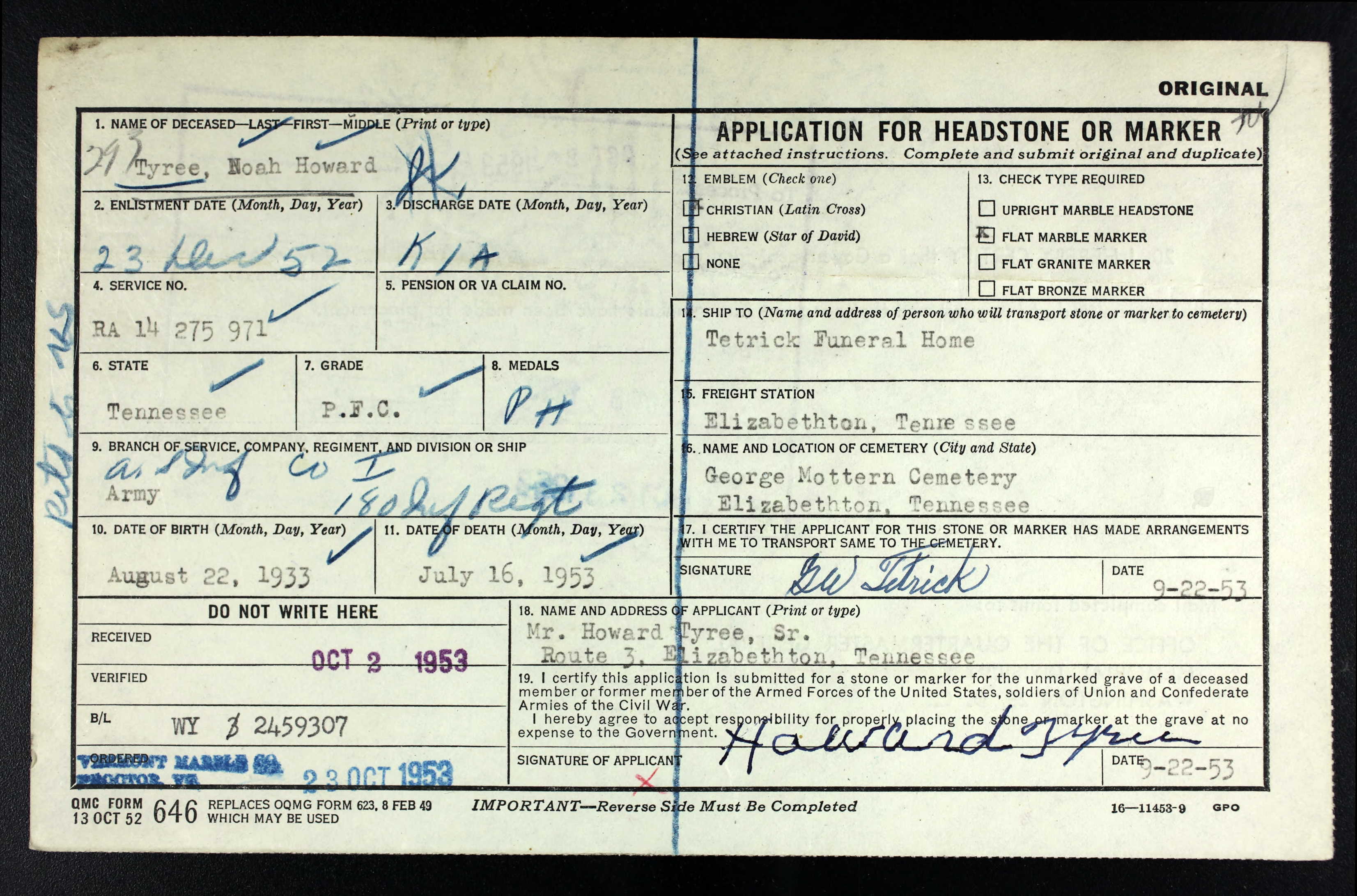 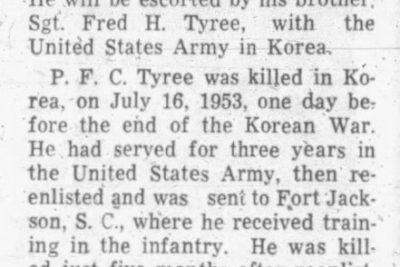 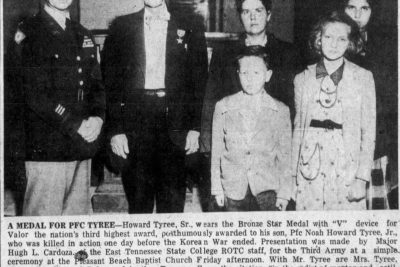 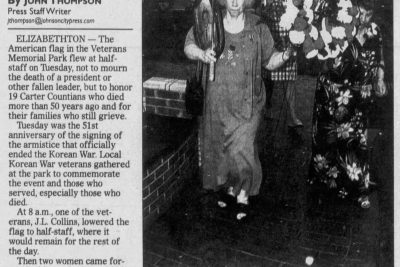