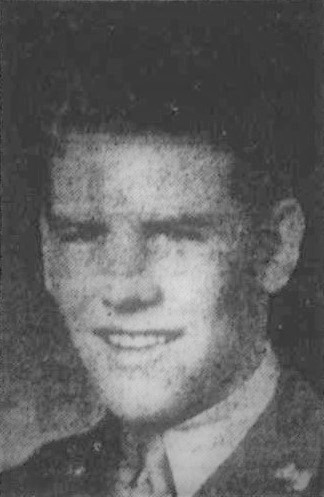 Bristol Herald Courier, November 20, 1948
Funeral services for Pfc. Nev Andrew (Preach) Hauk, 21, will be held Sunday at 2 p.m. at Cassidy Methodist church and interment will follow at Gunnings Cemetery. The body of Pfc. Hauk arrived at Kingsport yesterday by train and was taken to Huff Funeral Home and will be removed to the home of his parents, Mr. and Mrs. John A. Hauk, Indian Springs at 1 p.m. today. The body was met by an honor guard from the VFW of the DeWitt Byrd Post and escorted to the funeral home.
Pfc. Hauk attended Blountville high school and was employed by Tennessee Eastman Corporation until he entered the Army Engineers Corps April 16, 1943. He received his basic training at Fort Leonard Wood, Missouri and sailed overseas August 25, 1943. After serving in North Africa until December 6, 1943, he was transferred to Italy. He died May 27, 1944 in North Italy of wounds received in action May 24 of that year.
Surviving are his widow, and one son, Hal Andrew Hauk; his parents, Mr. and Mrs. John A. Hauk of Indian Springs; and the following brother and sisters, Horace B, J.w. and Paul S. Hauk, Mrs. R.L. Holt, Mrs. John H. Denton, Mrs. Scott McConnell, and Miss Bernice Hauk of Indian Springs. 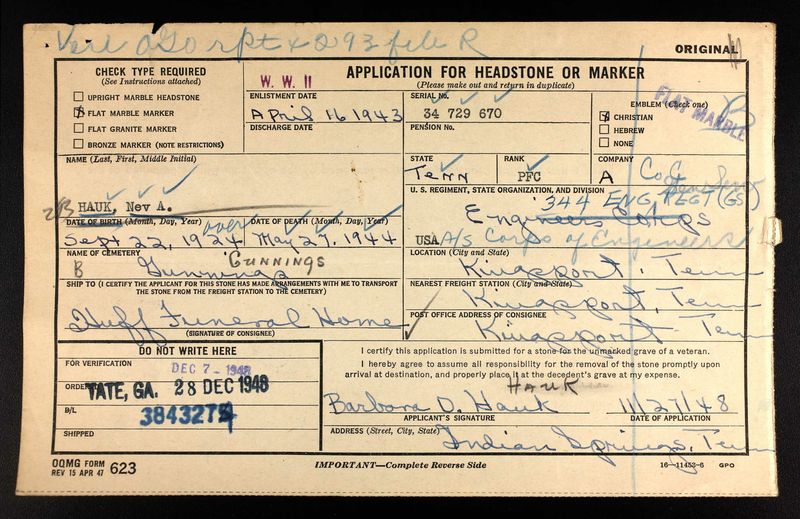