Aircraft B-17F with serial number 42-29868 was on a heavy bombardment mission to Ankam, Germany. The aircraft was hit by an ME-109 over the Baltic Sea. The ship caught fire immediately and exploded in the air. The Top Turret Gunner, Navigator, Bombardier and Co-pilot bailed out.   A German boat picked up Curlis an hour later. He encouraged the Germans to search for the others. Williams was next to be picked up and the third fellow was Teal, T/Sgt (not a crewmember of aircraft 42-29868). The Germans didn´t give up their search immediately but continued for some time. Though no others were picked up. The body of Silverman washed ashore on 10 October 1943 at Fodslette, on the island of Langeland, Demark.  Staff Sergeant Harmon’s body also washed ashore and was recovered by the German customs guards and initially buried at Petersdorf Cemetery, Petersdorf, Germany. He was later repatriated to the U.S. and was interred at Bunton Cemetery, Johnson County, TN in 1950. 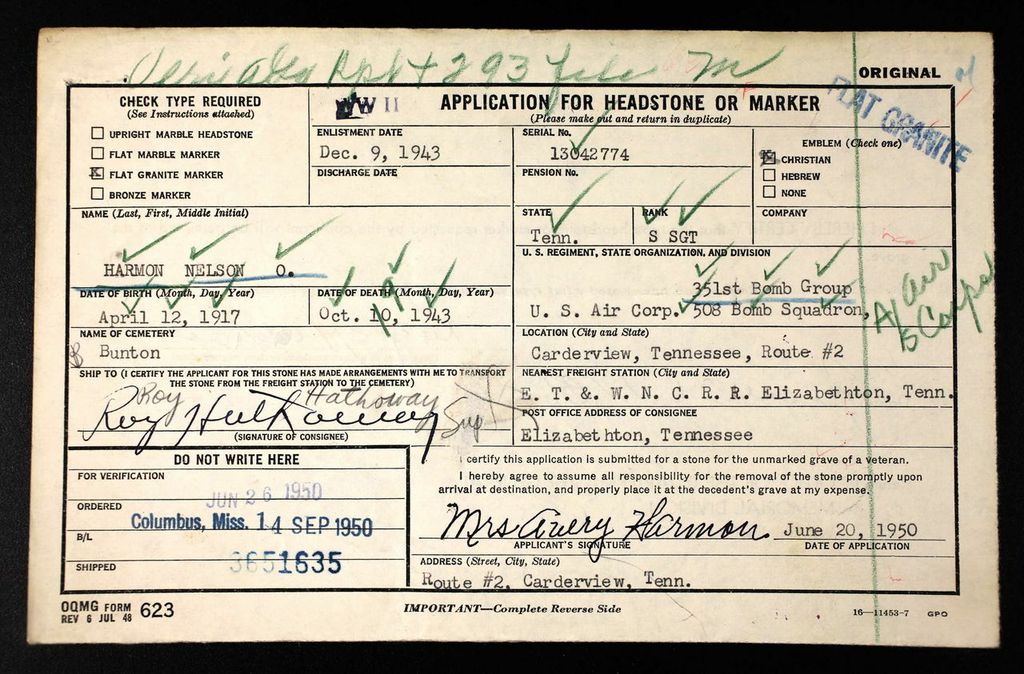 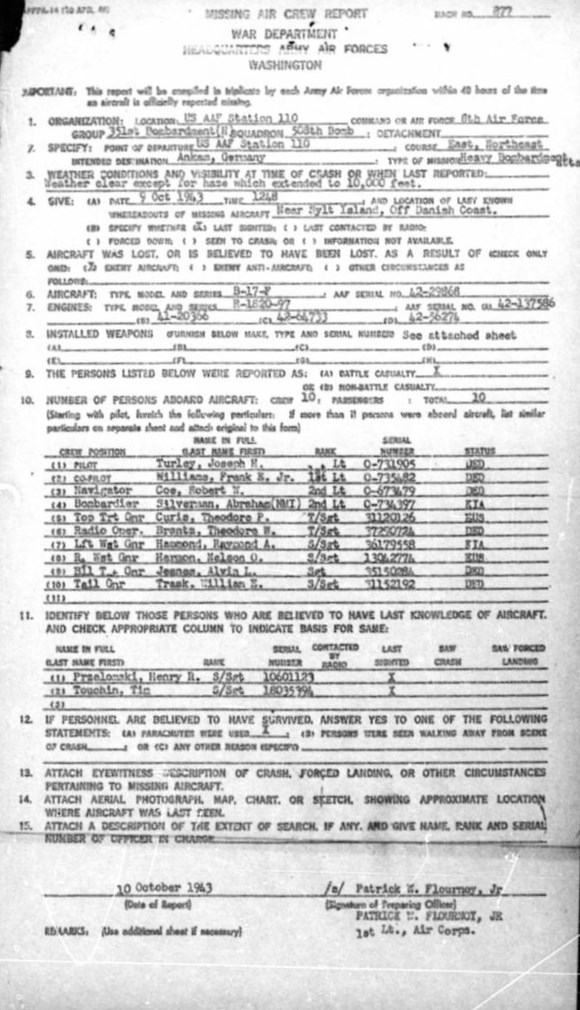