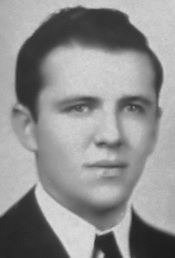 Nelson received training as an Aviation Machinist’s Mate and sailed from San Francisco, California to Naval Air Station Pearl Harbor, Hawaii on 21 February 1943 aboard the USS Henderson (AP-1). He arrived Pearl on 2 March and was assigned to COMAIRFORPAC.

Nelson went missing on an air mission off the coast of Florida. 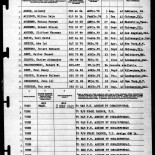