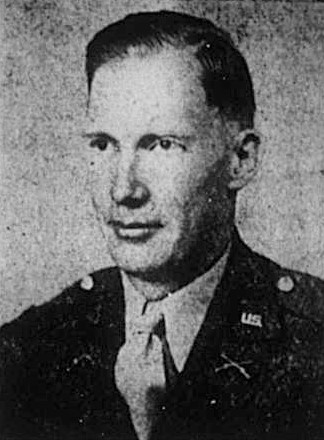 A native of Jasper, Lt. Ray had been in the army for  years. He served in Hawaii for six years and was there when Pearl Harbor was attacked. He went overseas again to the European Theatre in August, 1943 and was killed on Nov. 8, 1943.
He is survived by his wife, Mrs. Mabel H. Ray and a 14-month-old daughter, Linda Louise Ray.

Neill Ray was initially buried at Carano Cemetery at Carano, Italy and reburied at the Sicily-Rome American Cemetery, Nettuno, Italy, B, 7, 23

Citation for the Silver Star: The President of the United States of America, authorized by Act of Congress, July 9, 1918, takes pride in presenting the Silver Star Posthumously to First Lieutenant Infantry Neill M. Ray ASN 0-1289802, United States Army, for conspicuous gallantry and intrepidity in action against the enemy while serving with Company D, 100th Infantry Battalion Separate, attached to the 34th Infantry Division, on 8 November 1943, in the vicinity of Pozzilli, Italy. Lieutenant Ray, Forward Observer for an 81-mm. mortar platoon, was in position at an Observation Post located on the crest of a hill, forward of the advance infantry elements. The Observation Post was almost untenable because of intense and continuous enemy artillery fire. During the course of the morning the enemy launched two counterattacks, preceded by a heavy artillery barrage. Lieutenant Ray, however, remained in his position and coolly adjusted the fire of the mortars, although his position was being constantly shelled. Both times the enemy, estimated at two companies, were repulsed by mortar fire directed from his Observation Post. Each time he observed the enemy forming for a counterattack, Lieutenant Ray directed as many as forty mortar shells on them, breaking up their columns. He maintained this position all morning, directing effective fire until his and his assistants were killed by a tree burst from an enemy shell. His coolness under fire and his courage and bravery in the face of almost certain death were an inspiration to his men and a credit to the Armed Forces of the United States. General Orders Headquarters, 34th Infantry Division, General Orders No. 6 January 25, 1944. 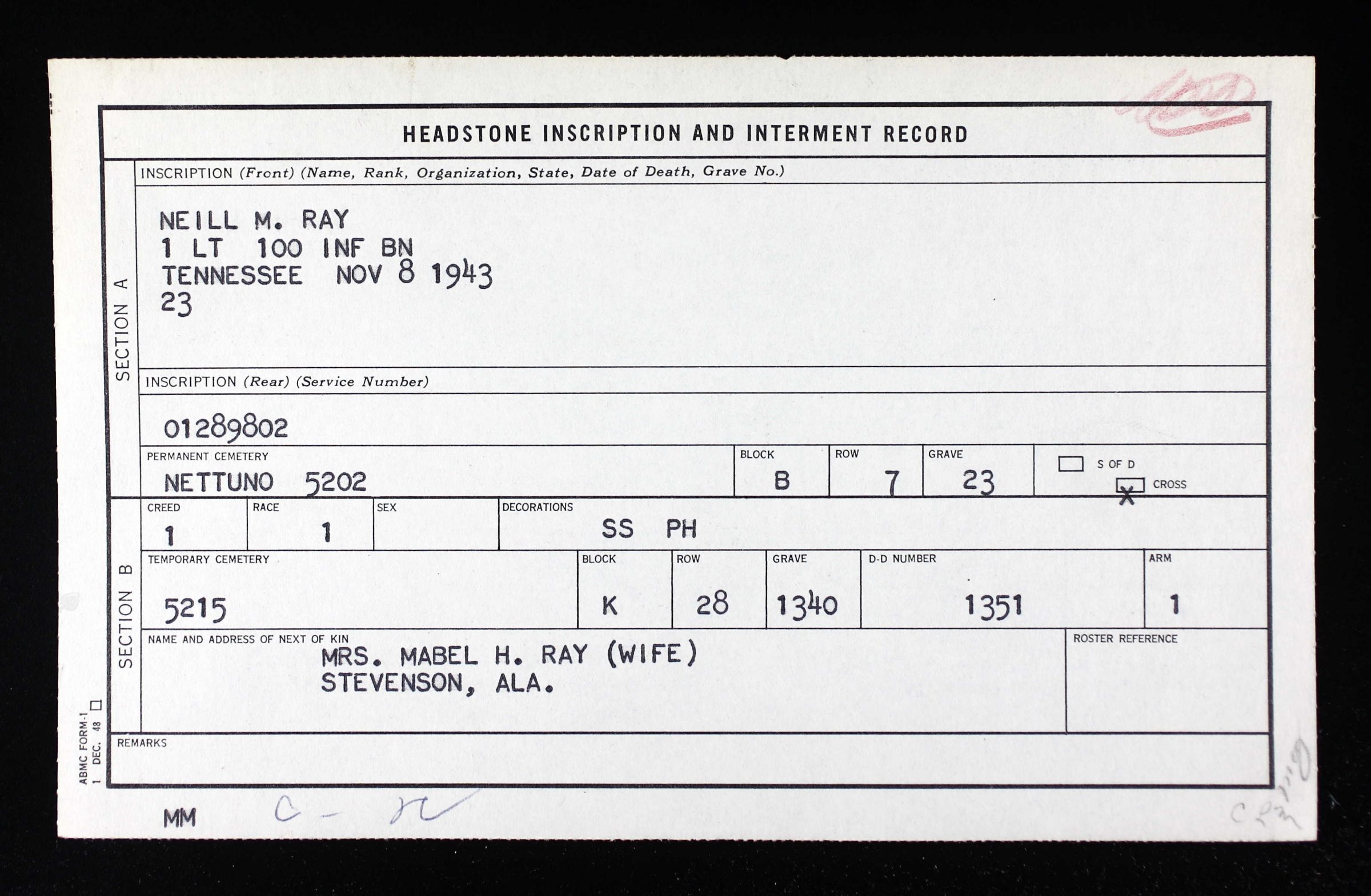