Pvt Neil England was killed in action December 4, 1944. He served in the Army with Gen. George Patton’s 3rd Army. He received his basic training at Camp Gordon, GA., then went overseas, fighting in the D-Day invasion of Europe, until he met his death in Germany.

Pvt Neil England was born August, 24, 1914. He was suvived by his mother Emily England, three brothers, Willard and Marshal, who served in the Army with him, and Charlie England, all of Harrogate, Tenn. Three half-brothers, Chester England and Jessie England of La-Fayette, Ind., and Henely England of Middlesboro. Two half-sisters, Emily Simpson of Middlesboro, and Easter Amix of Tazewell, Tenn. His father preceeded him in death November 18, 1944. 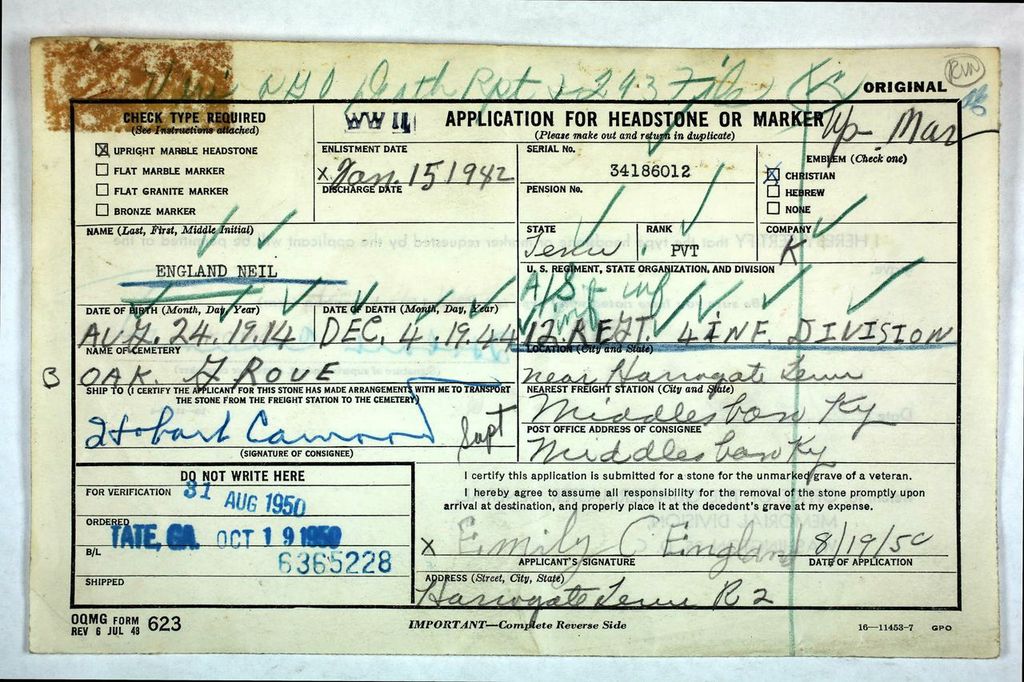