The Knoxville News-Sentinel, 28 March 1943
Pvt. Neil Ingle, 22, of Camp Rucker, Ala., was accidentally killed on maneuvers, his parents, Mr. and Mrs. George Ingle of Tazewell, have been notified. He was mortally wounded, according to reports, by a blank cartridge. His gun caught under his belt and was accidentally discharged. He died Monday. Two other brothers are in service, Clarence Ingle in North Africa and Judd Ingle, stationed in Louisiana. Services were to be held at Liberty Baptist Church. 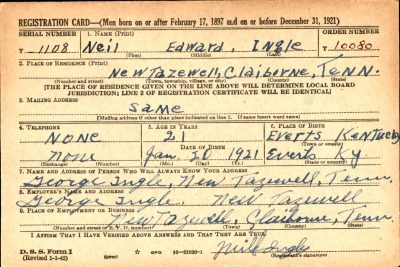 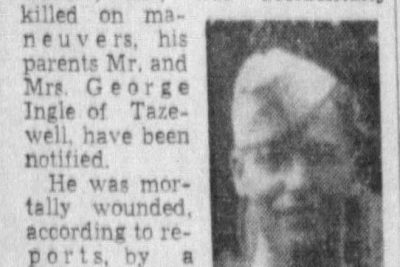