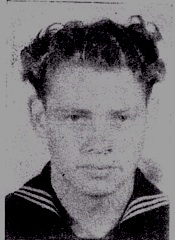 Nealous Mitchel Dalton was an Aviation Radioman Second Class with the United States Navy Reserve. He was the son of Mrs. Callie Dalton, Kingsport and attended Bell Ridge School, and the Baptist Church. At age 18, he volunteered with the Navy Reserves on August 5, 1942.

He was killed in action when the aircraft TBF-1C VT-2 Avenger, Bureau Number 25217, stationed aboard the USS Hornet took off on a pre-dawn strike 100 miles east of Palau. The aircraft went down on March 30, 1944 taking Dalton down with the plane.

He was listed as missing in action and his name is memorialized at Fort Bonifacio, Manila, The Philippines. 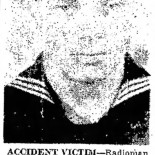