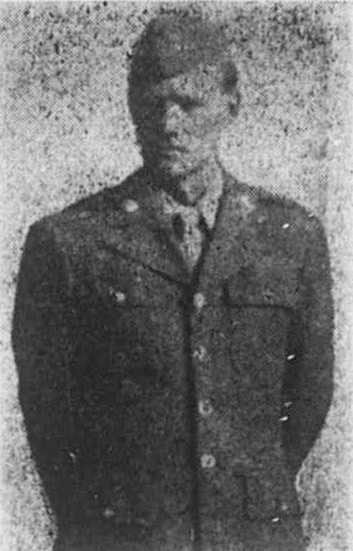 The Knoxville Journal, September 7, 1944
Pvt. Neal D. Thomas, 30, son of Mr. and Mrs. R.L. Thomas of Route 2, Surgoinsville, was killed in action in France, June 19, according to a notice received by his parents from the war Department. Private Thomas had been in the service since September 28, 1943, and sailed for England last February.  Survivors include brothers, Sgt. Jay C. Thomas, somewhere in Ireland, and Pfc. Charlie D. Thomas, somewhere in France.

Rogersvilel Journal, February 22, 1945
3 Thomas brothers, sons of Mr. and Mrs. R.L. Thomas of Surgoinsville, Route two.
Pvt. Neal D. Thomas entered service Sept. 28, 1943 and sailed for overseas March 1944. He was in England and later sent to France where he was killed June 19, 1944.
Sgt. Jay C. Thomas sailed March 1944 for England and had been in Ireland, Scotland and Wales.
Pvt. Charlie D. Thomas sailed in September 1943 for England and then to France. 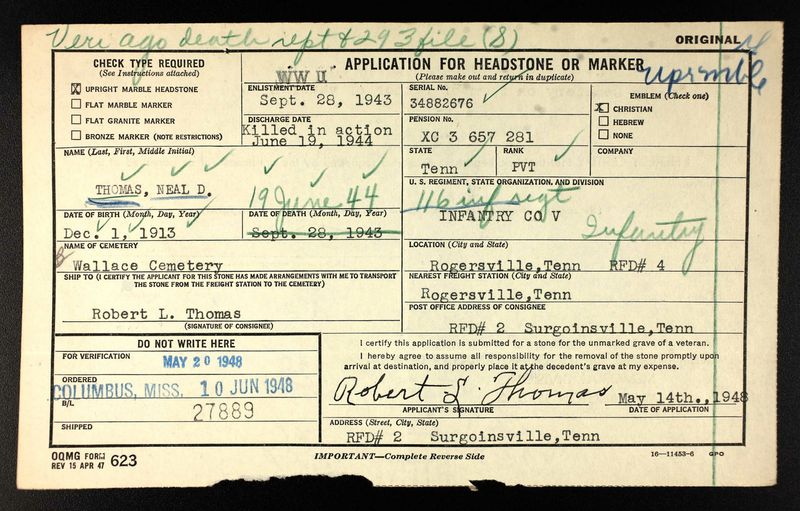 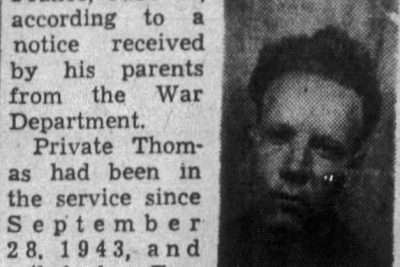