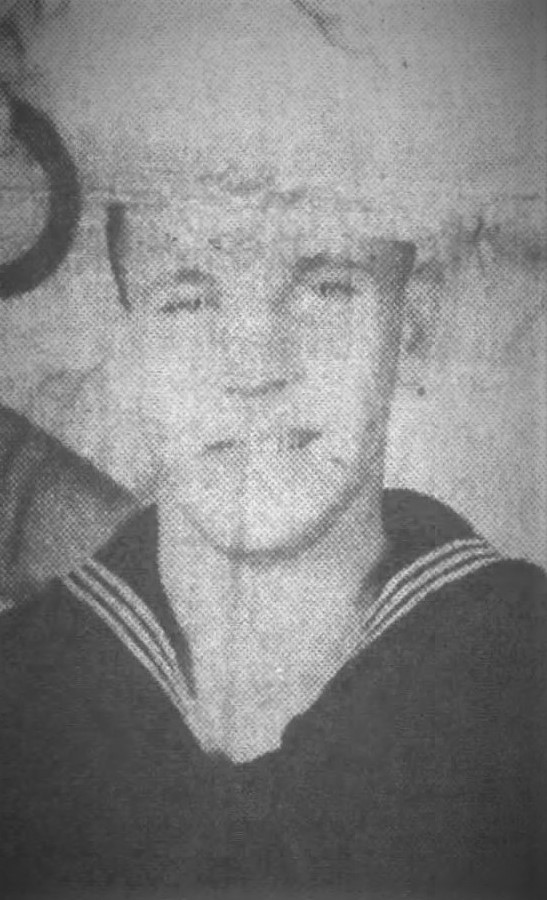 Airman Nathan Eugene Jackson was a crew member of the aircraft carrier USS LEYTE (CV-32) being refitted at the Boston Navy Yard. He was killed by an explosion and fire in the port catapult machinery room aboard ship.

The Johnson City Press-Chronicle, October 18, 1953
Two Upper East Tennessee youths were killed and a North Carolinian was injured in Friday’s explosions and fire aboard the U.S. Navy Aircraft Carier Leyte, according to naval officials, who announced Saturday night that FBI agents and Intelligence Officers were investigating the disaster for possible sabotage. Dead were Nathan E. Jackson, AN, Star Route, Jonesboro, son of Mr. and Mrs. W.H. Jackson, who are currently living in Orland, Fla.; and Joseph Patrick Capper, AP 405 Shelby Lane, Bristol, son of John Maurice Conrad, same address. Charles Buchanan, AN, Elk Park, was slightly injured, according to word received Saturday by his mother, Mrs. Lee Buchanan. A first cousin of Jackson, Fred D. Chase, Jonesboro, was aboard a sister carrier tied up near the Leyte, the Salerno Bay. He assisted in rescue operations aboard the stricken vessel. Buchanan was placed in a sich bay at the pier, but had recovered sufficiently Saturday to be placed on a rescue squad operating aboard the Leyte. Others among the 40 injured in the explosion and fire Friday were expected to die. Several of the 22 in hospitals were in critical condition. A three-man naval board of inquiry, flown here from Washington, joined Intelligence agents and FBI men in their search for the cause of the four blasts which ripped through the hull of the warship while she was being refitted at a naval pier in South Boston. Reports grew that sabotage rather than the careless handling of a torch around fuel oil might have caused Boston Harbor’s worst ship disaster. Rep. Thomas J. Lane (D-Mass) telegraphed Defense Secretary Charles E. Wilson demanding an immediate and thorough investigation.
A naval officer said it was fortunate no ammunition or jet plane fuel was aboard the 27,000 ton carrier. Otherwise, he said, casualties might have been as great as in the sinking of the destroyerminesweeper Hobson after it collided with the aircraft carrier Wasp with a loss of 176 lives last year. Most of the bodies in the Leyte were found sprawled in warrant officer’s quarters. Other floated in passageways filled with water from firemen’s hoses. Some hung lifelessly from ladders, burned or overcome by smoke as they tried to reach topside. Investigators spiked rumors that some of the dead men were confined to the ship’s brig. They said the brig had been emptied of prisoners who were on work details. 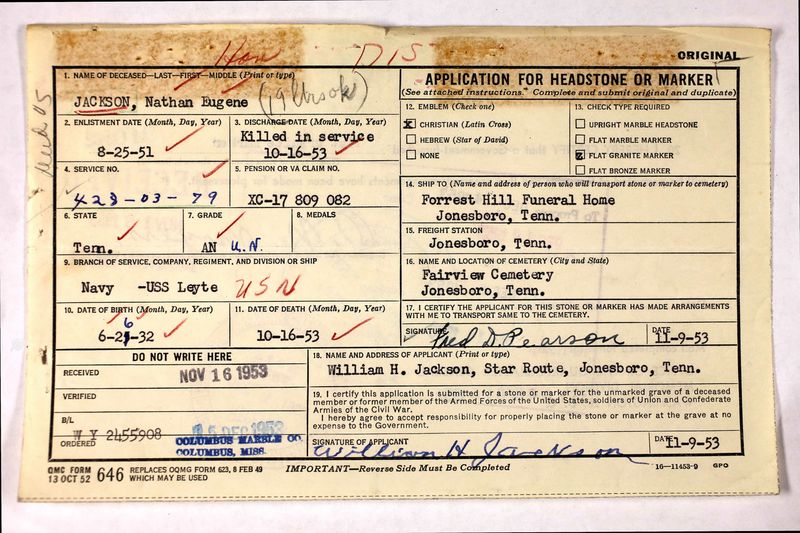 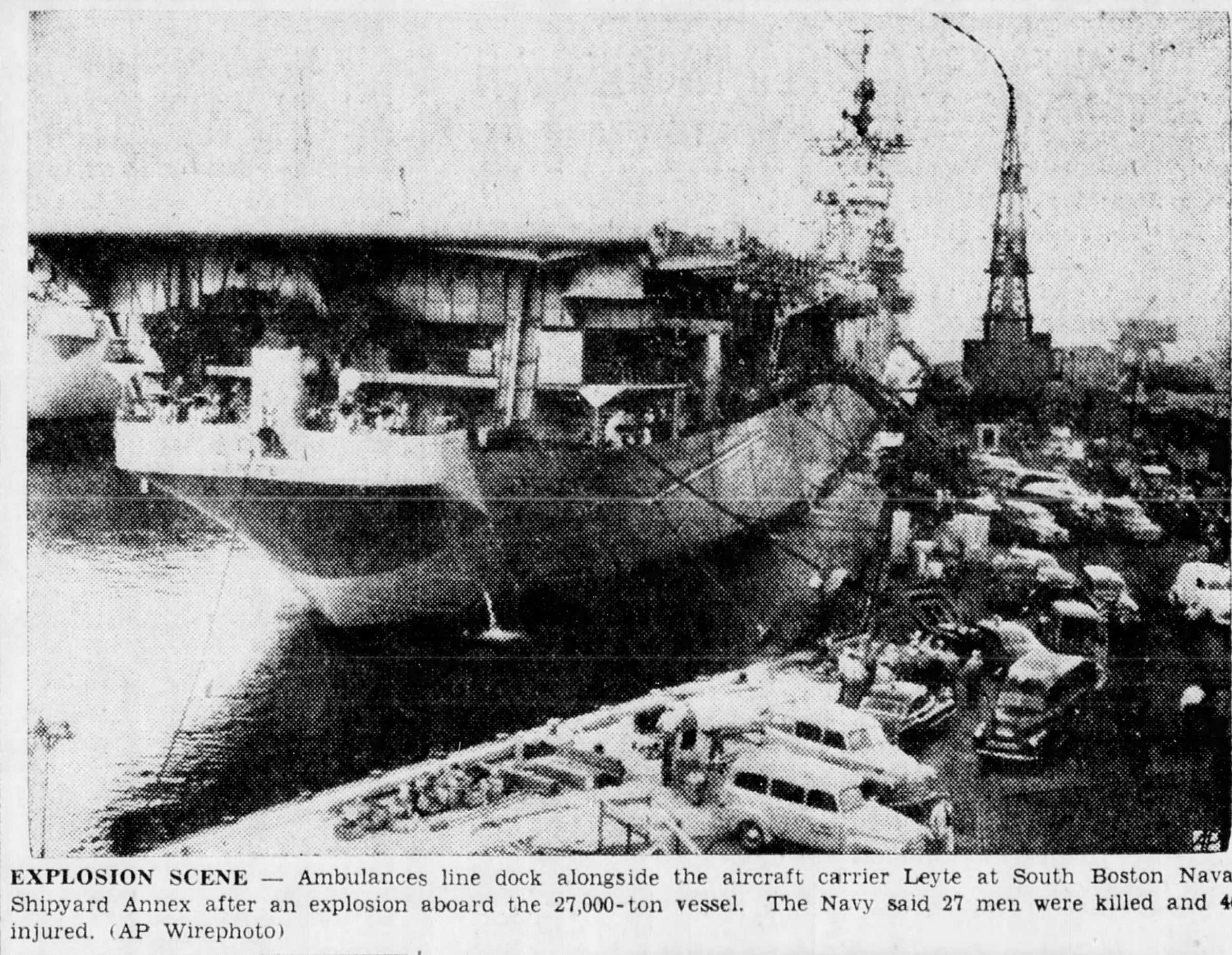 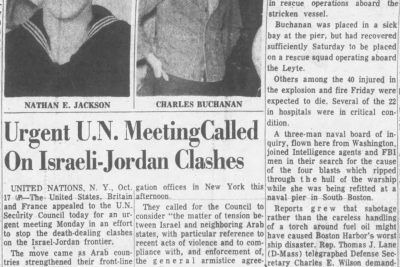