Seaman 1st Class Nat Ferrell, US Navy Reserve, was shipped aboard the aircraft carrier USS Franklin CV-13. On the 19th of March 1945, the Franklin was part of a task force 50 miles off the Japanese mainland launching an attack on Honshu and Kobe Harbor. From out of cloud cover a single Japanese plane attacked and dropped two bombs, one striking the center of the deck and one aft. These set off a large fire and explosion of bombs and gasoline on the planes in the hanger deck. 724 were killed and 265 were wounded in the attack. The remaining crew managed to put out the fire and correct damages enough to sail the ship back to Pearl Harbor and then to New York.
Seaman Ferrel was killed in action on this date.

Listed on the Tablets of the Missing, Honolulu Memorial Cemetery, Hawaii.
Awards include the Purple Heart. 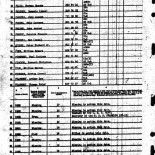 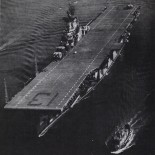 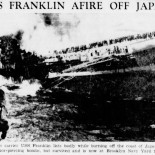