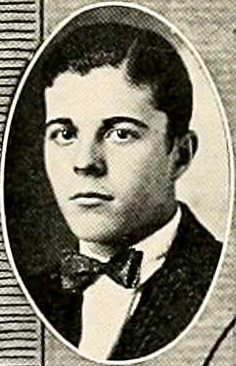 Pvt Bright was captured by the Germans in France on 1 September 1944 and died as Prisoner of War on 13 November 1944 in Germany at Stalag 12A to 9B Limburg An Der Lahn Hessen-Nassau, Prussia 50-08.

Pvt Nall Bright, born 4 October, 1906 to Mr. and Mrs. John and Elizabeth Bright of Chattanooga, TN. He had 1 younger brother, John Bright, 1908-1995.
Nall Bright was married to Mrs. Mina Bright, and by 1940 they lived in Chattanooga, TN, where Nall worked as a bookkeeper. They had no children. Nall’s younger brother, John (born 25 September 1908) was an ordained Presbyterian minister and served in the US Army as a Chaplain from 1943-1946.

Pvt Nall Bright enlisted in the army on 19 July 1943 in Hamilton County, TN. He completed basic training at Camp Wheeler, Georgia. He was transported to Italy in the Spring of 1944 where he fought with the 179th Infantry Regiment, 45th Infantry Division in Italy (after the invasion of Anzio) until they were taken off the line to prepare for Operation Dragoon. The division’s reserve regiment, the 179th Inf. Regt., landed across Delta Green Beach (near Cape Sardineaux), assembled in the beach area and entered into combat on D+1, 16 August 1944.

He was captured on 31 August/ 1 September during a surprise counter-attack by the elements of the 15th and 209th Panzer Regiments, 111th Panzer Grenadier Regiment of von Wietersheim’s 11th Panzer Division while defending Meximieux, France. He was 1 of 185 179th Regiment troops who were listed as missing after the heated and furious battle of Meximieux.

Pvt Nall Bright was transported across France into Germany and was initially a resident of Stalag 12A/XIIA- a notoriously awful prison camp used to register prisoners in transit. It had little in the way of facilities, and rations were a little above starving portions. He was then transferred to Stalag 9B. Inmates at Stalag 9B were from at least 8 countries, Russia, Italy, Great Britain, Belgium, Serbia, Slovakia and the US. An unknown number of inmates perished there during the War. Pvt Bright’s record states that he was reported as deceased on 13 November, 1944. He died of complications from pneumonia.
Pvt Nall Bright is buried at Lorraine American Cemetery and Memorial just outside Saint-Avold, Moselle, France; Plot J Row 46 Grave 25.

The first photo supplied is from when Mr. Nall Bright was a student at Presbyterian College in Clinton, South Carolina in 1925, aged 19. Photo 2 is his senior portrait from Presbyterian College, 1927, stating his many attributes and leadership qualities. The next photo is a news article via the Pi Kappa Phi society August 1945, (erroneously stating the date which he landed in Southern France).

We salute you, Pvt Nall Bright. You were a son, brother, husband, and comrade in arms. I close with the quote Nall Bright chose for his senior page at college, excerpted from the poem ‘Some Future Day When What Is Now Is Not by John Hugh Clough:
“Shall we indeed, ye winds and waters, say!
Meet yet again, upon some future day?”
http://www.wwiifiles.com/2019/05/pvt-nall-bright-179th-infantry-regiment.html
–Submitted by Katey Mishler 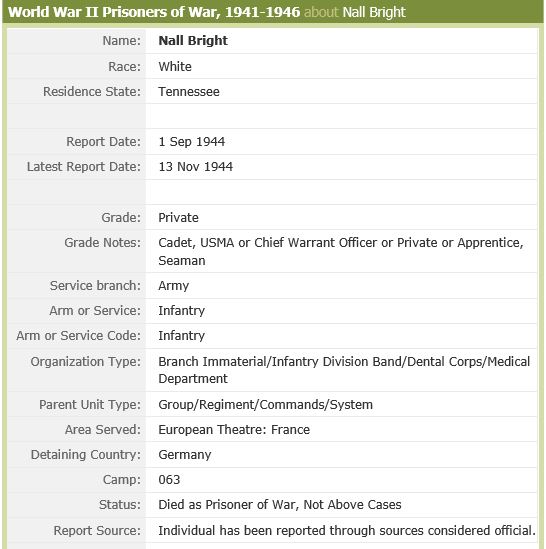 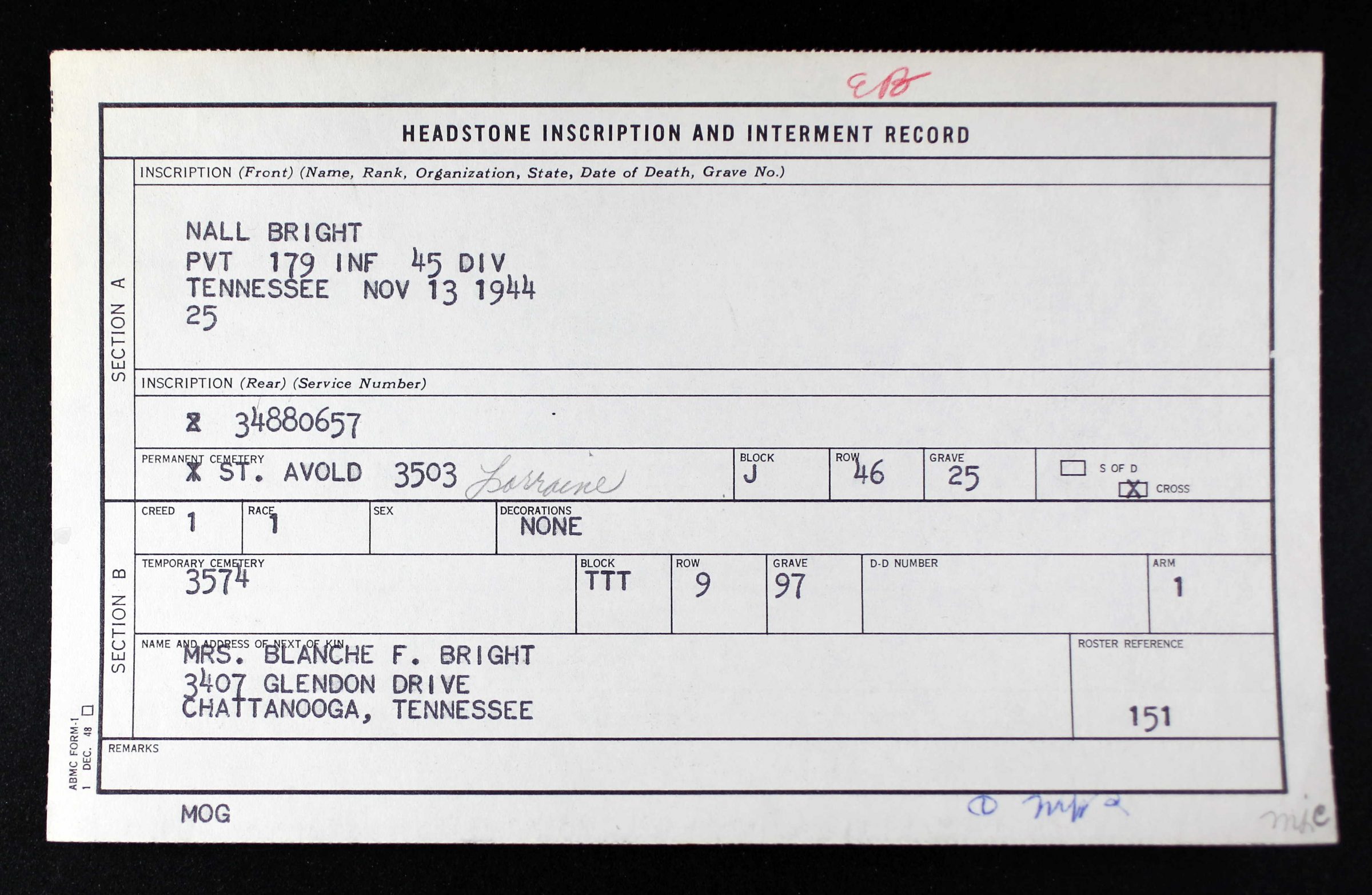 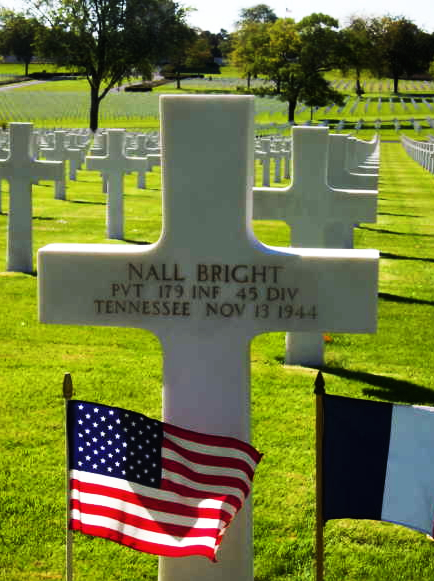