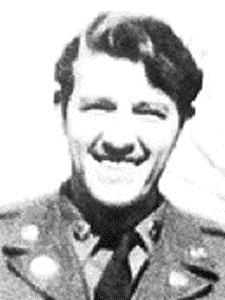 Lenoir City News, August 20, 1951
Cpl. Roy L. Munsey has chalked up quite a record during his six months in Korea. Cpl. Munsey has been awarded the Purple Heart, Combat Infantryman’s Badge, the Korean Campaign Ribbon with three battle stars, and the United Nations Campaign Ribbon. He wil be awarded the Silver Star in a few weeks.

Lenoir City News, October 22, 1951
Sgt. Munsey was killed in action in Korea, October 4, according to the telegram. In his last letter to his mother, Munsey said he would leave Korea Oct. 5 by plane for a five days rest leave in Japan. Sgt. Munsey had been wounded twice before the fatal battle. He had been awarded the Purple Heart, Combat Infantryman’s Badge, the Korean Campaign Ribbon with three battle stars, and the united Nations Campaign Ribbon. He was scheduled to receive the Silver Star. He received his present rank in September. Munsey enlisted in the Army about a year ago after serving several years in the U.S. Navy. He had been in Korea since April 1. Cpl. Ed Fuqua, husband of the former Miss Shanna Luttrell, is in the same Division as young Munsey. He had written his wife over a week ago of Munsey’s death but the official telegram was not received until Friday. The family could only wait patiently and hope there had been a mistake. When Munsey was just a small youngster, he was a street salesman for the News. He wrote a letter to this newspaper several months ago telling how lonely it is in Korea and how glad he was that his mother was sending him the hometown paper. In addition to the parents, Sgt. Munsey is survived by six sisters: Alice, Marlene, Kay, Jerry Lynn, July and Mary; three brothers, Charles, James and Stevens.

The Knoxville Journal, February 2, 1952
The body of Sergeant Munsey, 22 year-old son of Mr. and Mrs. Charlie S. Munsey, 200 Grande Street, Lenoir City, who was killed in action near Chorwon, Korea Oct. 4, 1951, will arrive and be taken to the Guy F. Tallent Funeral Home. It will be removed to the family home Saturday. Funeral services Monday from Fifth Avenue Church of the Nazarene. Sergeant Munsey was formerly stationed in Fort Knox and Camp Breckinridge, Ky. He also served in the Navy at Key West, Fla. Prior to entering the services, he was employed as a Scale Clerk at the Alcoa Aluminum of America and as timekeeper of Oak Ridge. Surviving are his parents; three brothers, Charles, James, Stephen; six sisters, Mrs. Frank N. Cosa, Marlene, Kay, Jerry Lynn, Judy and Mary; grandmother, Mrs. S.H. Stout. 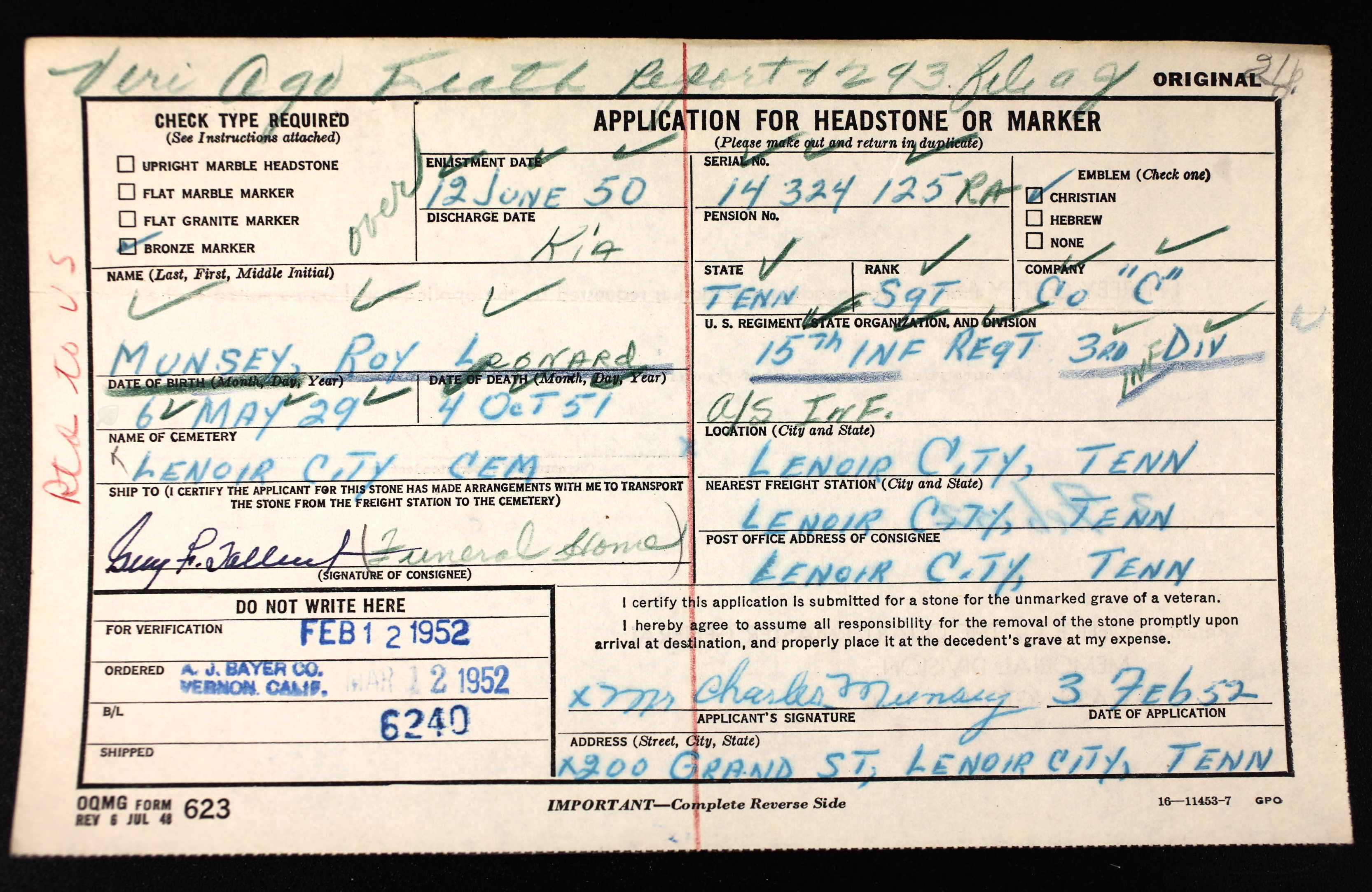 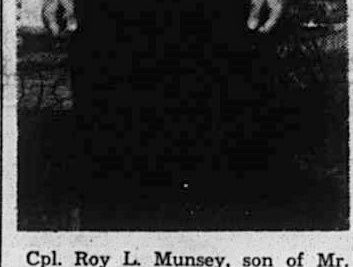 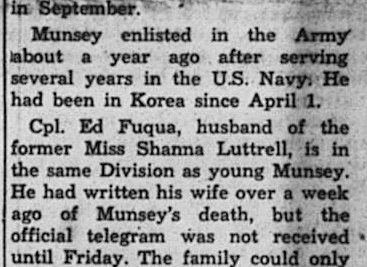 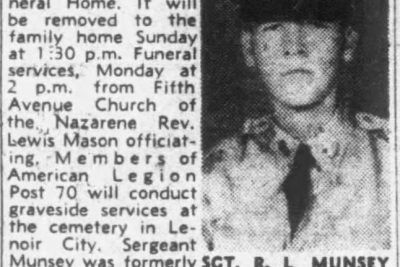