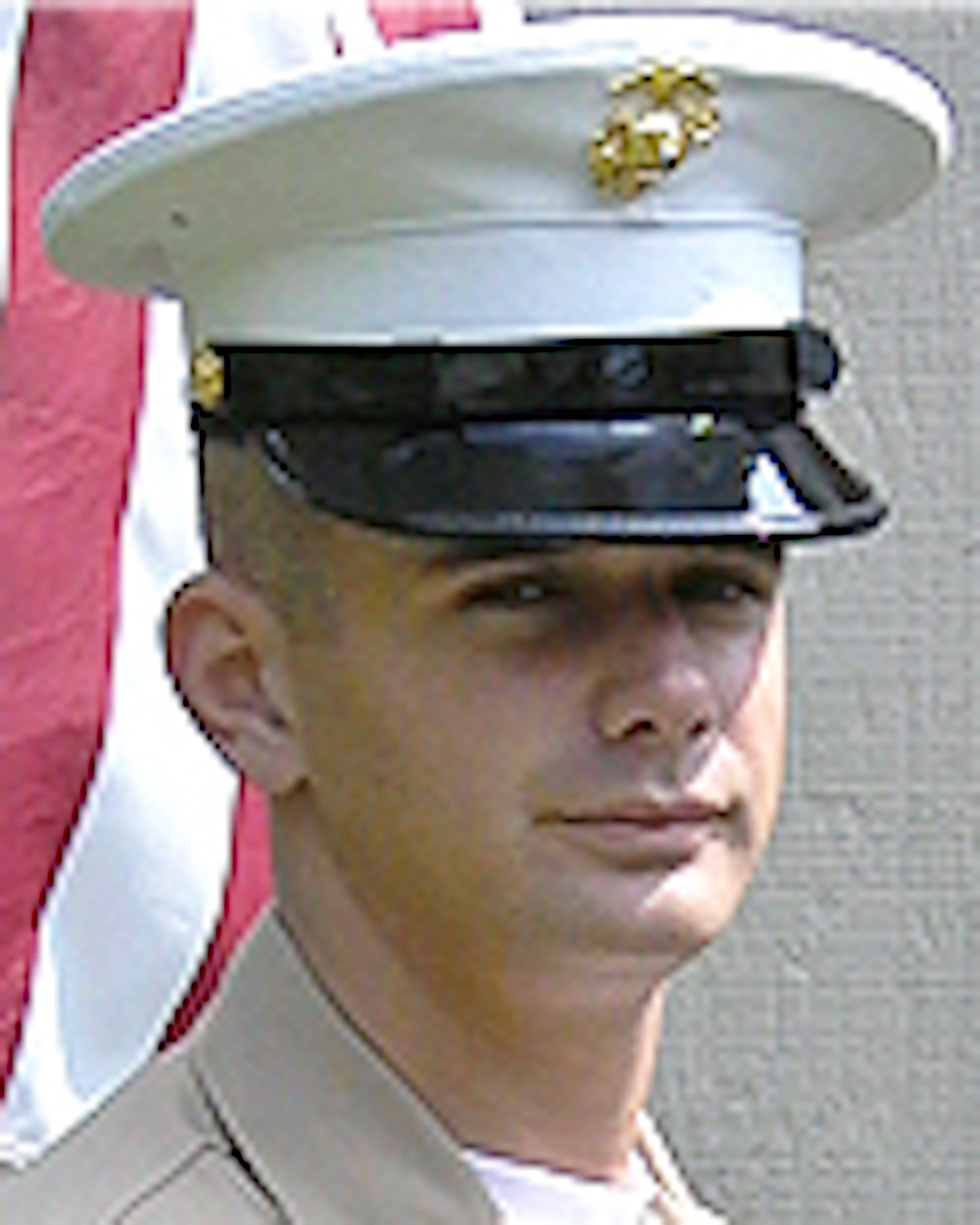 Morgan William Strader was born July 18, 1981, in Danville, Indiana, the son of Gary Strader and Linda Morgan. He lived in Brownsburg, Indiana, through age 14, spending time most summers with his grandparents, Onza and Estelle Morgan in Tennessee – fishing, hunting, and hiking the Cumberland Plateau. He moved to Patch Barracks in Stuttgart, Germany, in August 1995 with his mother and stepfather and enjoyed activities such as soccer and the Rod and Gun Club. He returned to the U.S. to live in Crossville, Tennessee in 1998 and graduated Cumberland County High School with the class of 2000. While a student there he was a very successful cross country runner and wrestler. He was a member of First United Methodist Church in Crossville.

Morgan Strader joined the United States Marines in July 2000. He served with the 2nd Platoon, Kilo Company, 3rd Battalion, 1st Marine Regiment, 1st Marine Division, I Marine Expeditionary Force, Camp Pendleton, California. Sergeant Strader was serving his tour of duty in Iraq and was killed in action on November 12, 2004, while fighting in the second battle of Fallujah. He died while protecting his platoon and the convoy his platoon was escorting.

A memorial service was held on November 17, 2004 in Brownsburg, Indiana. Funeral services were conducted November 21, 2004, from the chapel of Bilbrey Funeral Home with burial at Hebbertsburg Cemetery in Crab Orchard. The Delta Company 4th Combat Engineer Battalion with Escort Major Jenny Parham, his aunt, provided full military honors at the gravesite. Additional memorial services held for him in Iraq and California.

In 2005, under the leadership of Colonel Allen Wetzel, the Cumberland County High School sponsored an Army Junior ROTC Company. The lead company was named the Strader Company in honor and memory of Sergeant Strader. Cadet Jonathan Annis of Strader Company assisted and compiled information used in this memorial. After several successful years, school administrators elected to discontinue the JROTC program due to budget issues.

On April 19, 2013, the Tennessee State Legislature passed Public Chapter No. 482. In the text of the legislation a the bridge on U.S.Highway 70 in Cumberland County was designated as the “Sgt. Morgan W. Strader Memorial Bridge” in recognition of the life of valor and death in combat of Sgt. Morgan W. Strader, United States Marine Corps, who made the ultimate sacrifice on November 12, 2004, while serving his country in Fallujah, Iraq.