Monroe Bayless was born on 5 May 1923, the son of Jones Clifton Bayless and Nela Alzira Bayless.
Died non Battle 9 June 1945

Silver Star, Action Date: December 28, 1944Awarded for actions during the World War IIThe President of the United States of America, authorized by Act of Congress July 9, 1918, takes pleasure in presenting the Silver Star to Staff Sergeant Monroe H. Bayless (ASN: 34526829), United States Army, for gallantry in action while serving with the 35th Infantry Division, in action in the vicinity of ****, Luxembourg, on 28 December 1944. Sergeant Bayless, a squad leader, went forward under heavy enemy shellfire to administer first aid to a seriously wounded comrade. While so engaged he saw an enemy mortar observer and shot and killed him. Sergeant Bayless then carried the wounded man to an aid station. His gallant actions are in accord with the military traditions of the United States.General Orders: Headquarters, 35th Infantry Division, General Orders No. 42 (June 7, 1945), Amended by G.O. 49 (1945)

Copy of the General Orders in which he received a posthumous Silver Star: http://www.coulthart.com/134/go49-45.pdf 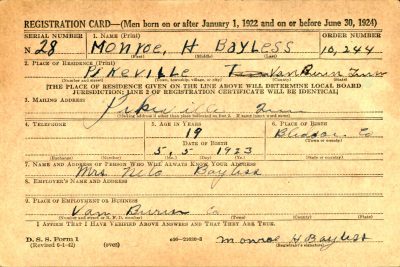 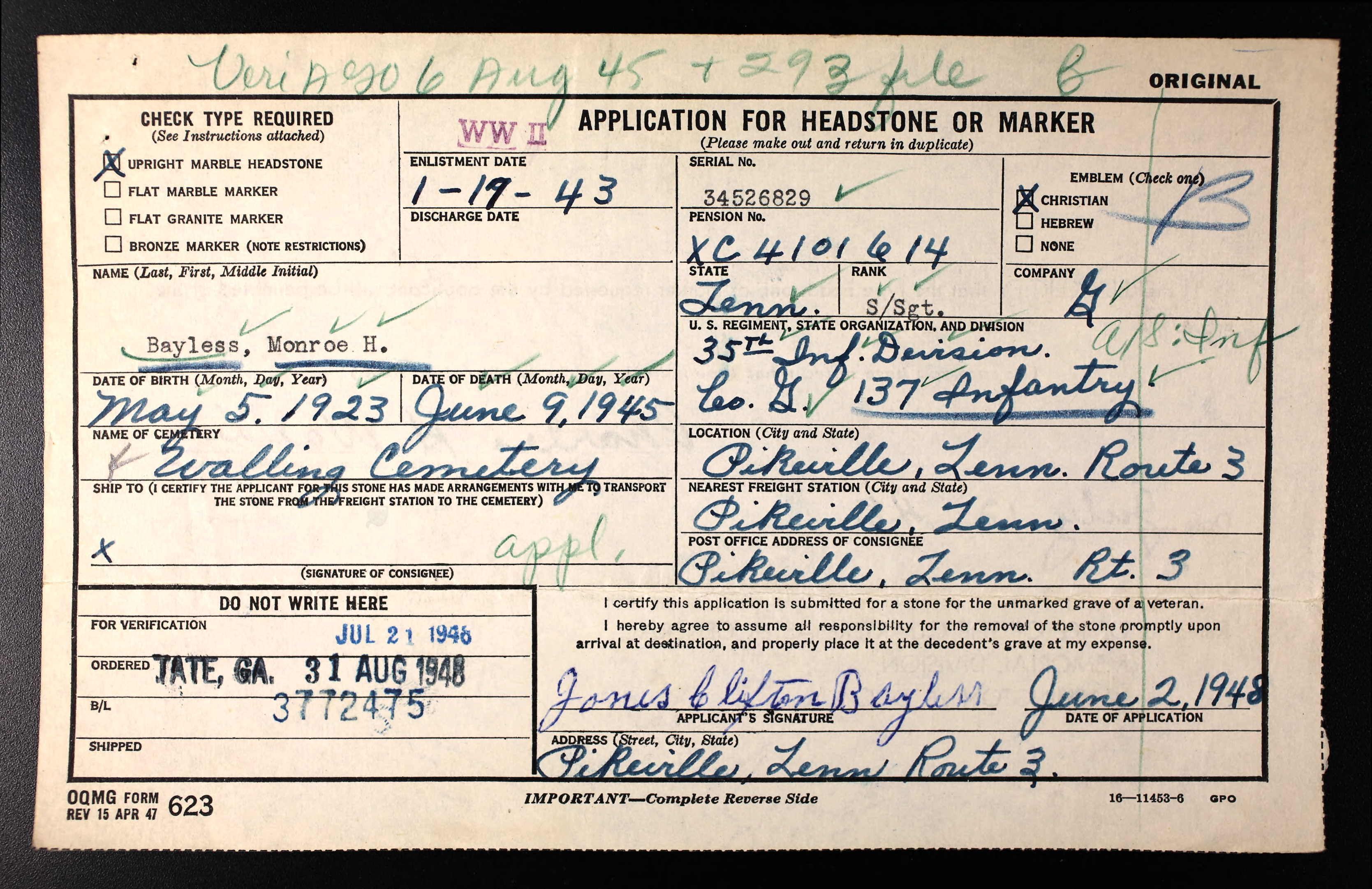 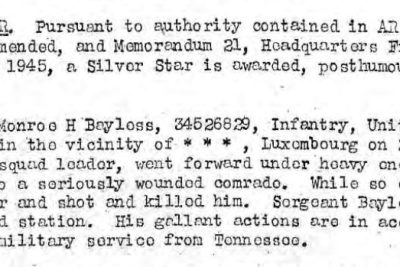