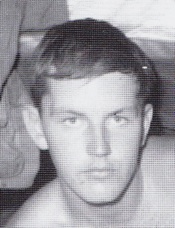 Citation for the Medal of Honor

Sgt Stout distinguished himself during an attack by a North Vietnamese Army Sapper company on his unit’s firing position at Khe Gio Bridge, Sgt. Stout was in a bunker with members of a searchlight crew when the position came under heavy enemy mortar fire and ground attack. When the intensity of the mortar attack subsided, an enemy grenade was thrown into the bunker. Displaying great courage, Sgt Stout ran to the grenade, picked it up, and started out of the bunker. As he reached the door, the grenade exploded. By holding the grenade close to his body and shielding its blast, he protected his fellow soldiers in the bunker from further injury or death. Sgt. Stout’s conspicuous gallantry and intrepidity in action, at the cost of his own life, are in keeping with the highest tradition of the Military service and reflect great credit upon him, his unit and the U.S. Army. 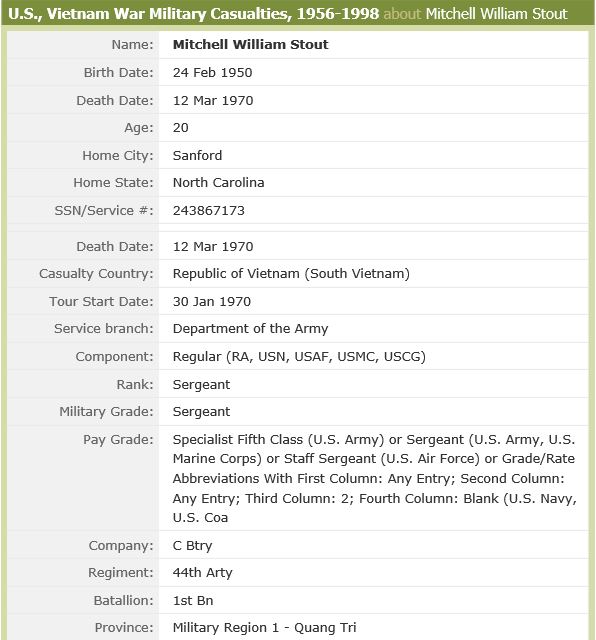 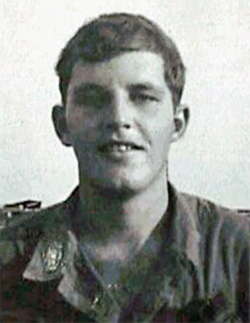