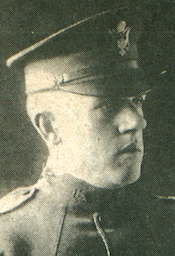 1st Lieutenant Milton Lee Harper was born on December 16, 1886. He was the son of Andrew and Dora Harper. He had two brothers, Edward Harper and Freddie Harper. Lieutenant Harper served in the 117th Infantry. He was killed in action at Premont, France on October 8, 1918.

Enterprice, Maryville, November 7, 1918
Letters from France Tell Harper’s death.
In last week’s Enterprise we announced that an unconfirmed report was in circulation to the effect that Lieut. Milton L. Harper, Battalion Adjutant int he 117th Infantry had been killed in action in Frnce. The end of the week letters were received from Major Hathaway, in charge of the battalion of which Lieut. Harper was adjutant. Major Hathaway said, relative to the action in which Lieut. Harper was killed:
“October 10th. Dear Wife and Children:
Just a worth to let you know I am still alive and able to fight; have been fighting day and night almost for last week, with good results; have pushed the enemy back about 12 miles since we started in teh drive and we still have them on the go. They have contested every inch of the ground and fought desperately, but they have not been able to hol dus sof ar. My boys are fighting nobly and covering  themselves with glory. My battalion captured several field guns and machine guns in last drive; about 25 field guns, I believe, were the results of the 9th and several machine guns. Our losses in killed and wounded I cannot give yet, as I do not really know. Lieut. Milton Harper was killed on the 8th by Shell fire; was standing by my side and I was not touched, but it gave me a severe shaking up.”

Lieut. M.L. Harper attended the first officers training camp in Ft. Oglethorpe, and was graduated as a first lieutenant. Immediately after, he was offered a captaincy, but refused for he coveted the position of battalion adjutant, and that carried wit hit the rank of first lieutenant. His ability in executive matters and looking after the reports of the office was so marked that he became invaluable and his superiors in rank found it difficult to keep him, because of demands from other sources. When he finally became adjutant he fel the had acquired the work that he wanted. His careful application to details made him a valuable aid to the battalion commander. Not content with doing his work, which was very heavy, he sought opportunities to extend a hand to others, and became loved and respected because of his kindly disposition. This interest in others did not extend only to his equals and superiors in rank. On occasions when the enlisted men were under physical strain he was known to lend a hand, taking their burden and carrying it while the other rested. That he died in action and doing his duty is a comfort to his parents and friends, but nothing can remove the deep grief incident ot his untimely death. In the full flush of perfect health, with promotion ahead of him if he had wished it, capable and ever ready to tackle any job, with the war seemingly near the end, the distress is even more keen.

In addition to the wife, there are the father and mother, Mr. and Mrs. A.K. Harper, one brother, Ed F. Harper, and other relatives and friend who have suffered the great loss of a kindhearted, happy, loving and generous husband, son, brother and friend. 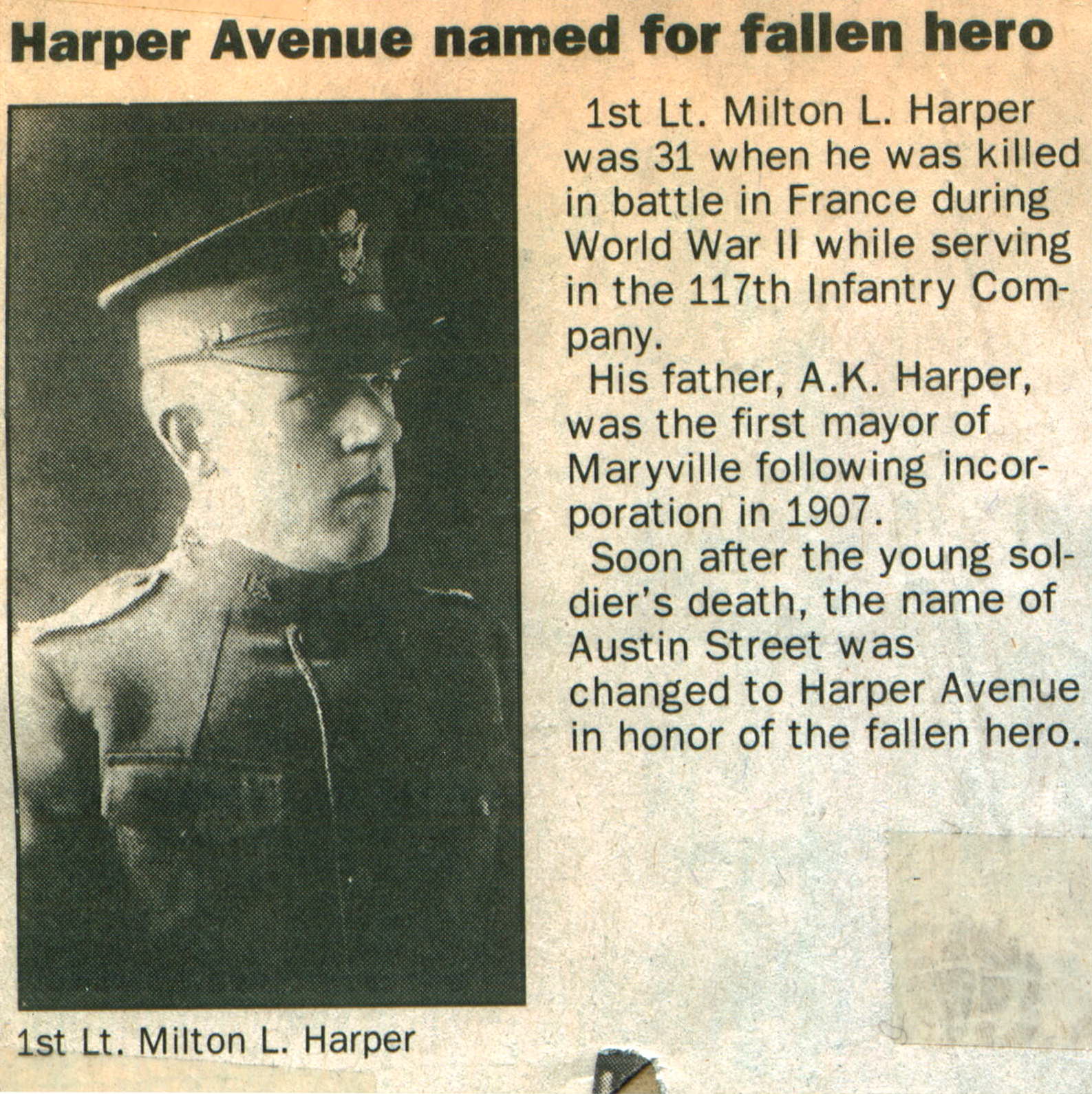 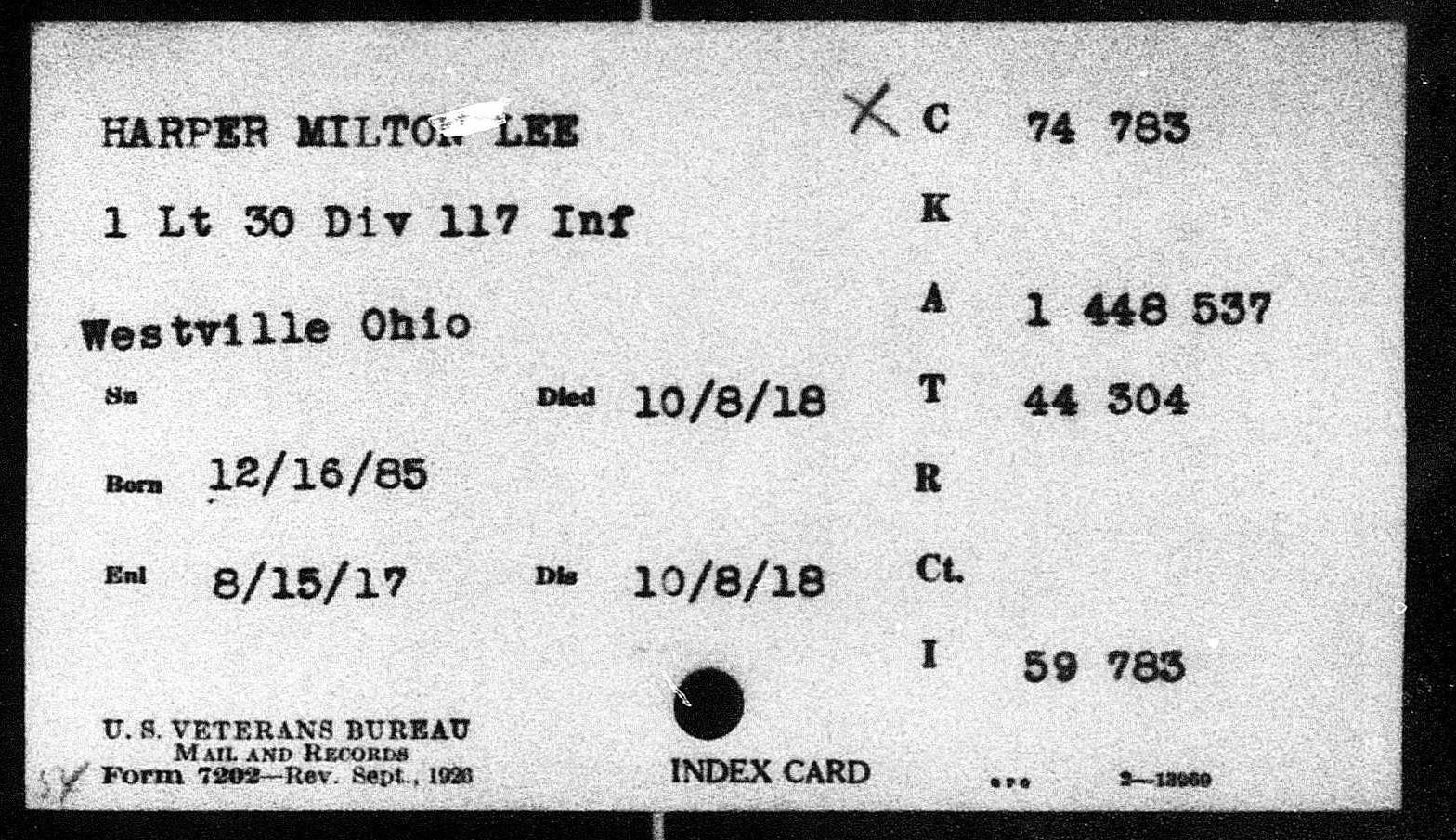 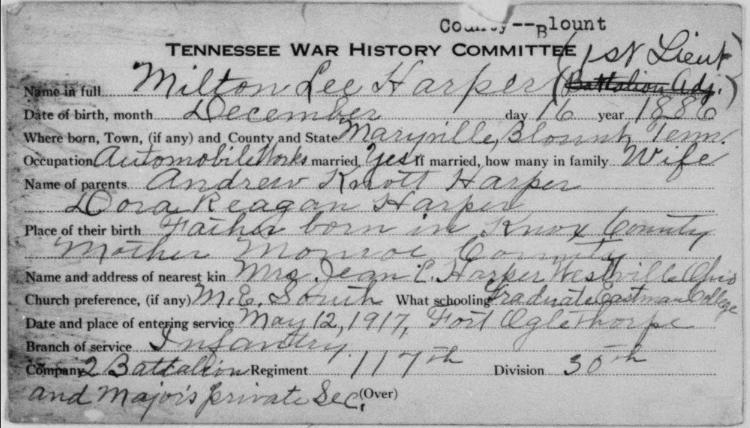 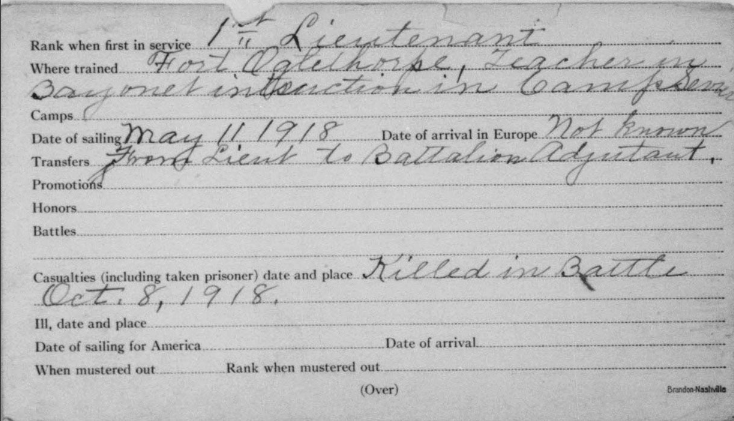 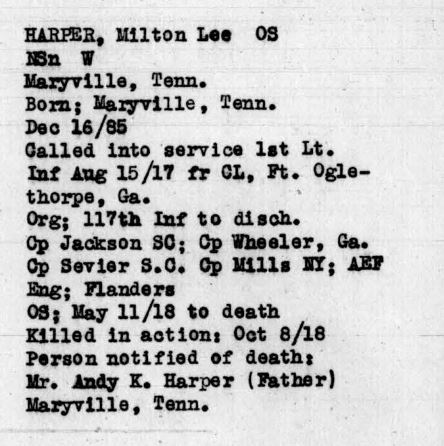 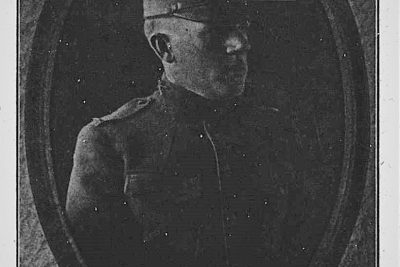 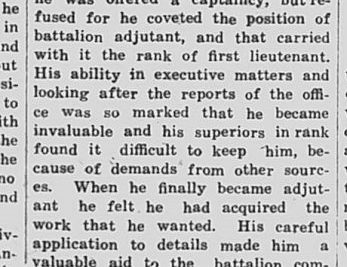 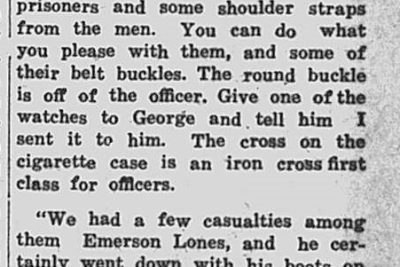