Private First Class Milton Hatfield #34190671 US Army was assigned to the 417th Infantry Regiment of the 76th Infantry Division. The Division arrived in England on 20th of December 1944. Received additional training and then reboarded ships and crossed to Le Havre, France on the 12th of January 1945.

Moving through Fance and then Belgium, the 76th relieved the 87th Division in defensive position along the Sauer and Moselle Rivers in the vicinity of Echternach, Luxembourg on the 25th of January. The Division began sending out patrols and on the 7th of February crossed the Sauer River and asaulted and breached the Siegfried Line in a heavy assault. 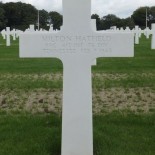 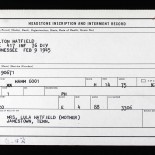