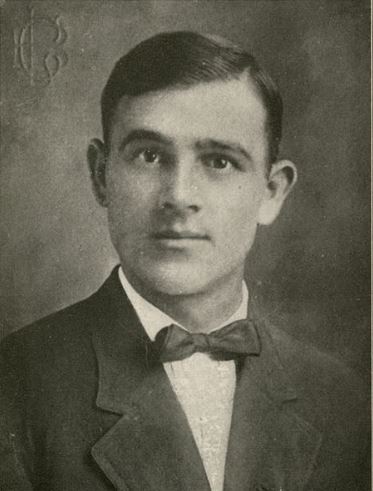 First Sergeant Milo Lemert was born in Marshalltown, Iowa on March 25, 1890. He was a farmer before his enlistment on June 25, 1917 at Crossville, Tennessee. He trained at Camp Sevier, Greenville, South Carolina, and Camp Merritt, New Jersey. He served with Company G, 119th Infantry Regiment, 30th Division. He sailed to Europe on May 11, 1918, arriving on May 26, 1918. He was killed in action at Bellicourt, France on September 29, 1918 and buried at Crossville City Cemetery, Crossville, Cumberland County on July 31, 1921. He was the husband of Nellie V. Lemert of Crossville.

The following information is compiled from articles in the Crossville Chronicle, Cumberland County, Tennessee:

Milo Lemert was born in Albion, Iowa on March 25, 1890, the tenth of eleven children.  Milo’s father was a farmer and the family moved from Iowa to Oklahoma to Kansas, and, in 1912, to Cumberland County, Tennessee where the family settled south of town.  Milo attended Kansas State University from 1906-1910 where he was class president.

After graduation, Milo journeyed to Wyoming where he sheared sheep, regularly sent money home to help with the expenses of operating the family farm and feeding his siblings.  When WWI broke out, Cumberland County, Tennessee was one of the few counties in the state to meet its enlistment quota, with brothers Milo and Nathan joining the Tennessee National Guard.

On September 29, 1917, Milo married Crossville native Nellie V. Snodgrass, a girl he had met in Cumberland County but who was teaching in Greenville, South Carolina, near Camp Sevier where the Tennessee troops were in training.  While at camp, Milo rose to the rank of Sergeant, displaying tremendous leadership qualities.

In March 1918, members of the Old Hickory Division were shipped to Europe where brother Nathan was promoted to Mess Sergeant and separated from Milo.  For the next several months the division worked its way across northern France, finally arriving at Bellicourt where the Germans were dug in.

On September 29th, when all of the company’s officers were killed, Milo reorganized the unit and extricated it from a dangerous position, “and with coolness and courage led the command forward throughout the day,” fellow soldier Litton Thurman wrote in a letter published in the Chronicle in 1918.

“With a few other men, he faced heavy machine gun and grenade fire to charge an enemy emplacement.

“We went over the top Sunday morning and took one of the strongest points on the famous Hindenburg Line that they had been holding for four years.  We drove them about three miles in four hours and we sure had some hard fighting and had several casualties.

“Milo Lemert was killed by my side as we were going into a machine gun post, but we took it and many others and the Huns were thick and the ground was covered with the dead.

Eight days after the battle, Nathan, some officers and two orderlies, recovered Milo Lemert’s body and gave it a temporary burial.  Nathan wrote home to his mother, “There is no use to grieve, tho, Mama.  He was willing and ready to go.  He gave his life for his country and there wasn’t an ounce of cowardice in his big body.  He died like a man and hero.  No one can die a braver death than he did . . . .  There isn’t another man like him in the world.  Every man in the company loved him and would do anything for him.  He was right in the heaviest of the fighting, trying to keep the boys together and run out a news of machine guns when a machine gun bullet got him through the body.  His last words were, “I am finished, boys, give them hell.”

Lemert died heroically on September 29, 1918.  Lemert was remembered when the Medal of Honor was presented to his wife of one year at the court house in October 1919. The funeral was held several days later and Milo Lemert was forgotten. For his valor that day, while fighting alongside Lemert, Litton Thurman received the nation’s second highest medal, The Distinguished Service Cross.

CITATION: Seeing that the left flank of his company was held up, he located the enemy machinegun emplacement, which had been causing heavy casualties.  In the face of heavy fire he rushed in singlehanded, killing the entire crew with grenades.  Continuing along the enemy trench in advance of the company, he reached another emplacement, which he also charged silencing the gun with grenades.  A third machinegun emplacement opened up on him from the left and with similar skill and bravery he destroyed this also.  Later in company with another sergeant, he attacked a fourth machinegun nest, being killed as he reached the parapet of the emplacement.  His courageous action in destroying in turn 4 enemy machinegun nests prevented many casualties among his company and very materially aided in achieving the objective.

From the burial case file:

Informant knew Christian name.  No other man of same name in CO., or Battalion except Brother in Co. G.  Death Caused by Mach.G.bullet in side  Known as “Mike”.  I believe information to be accurate. Informant intelligent.

***REPORT OF DISINTERMENT AND REBURIAL:

However– he later concurred with widow’s request to have the body shipped back to Crossville, TN. 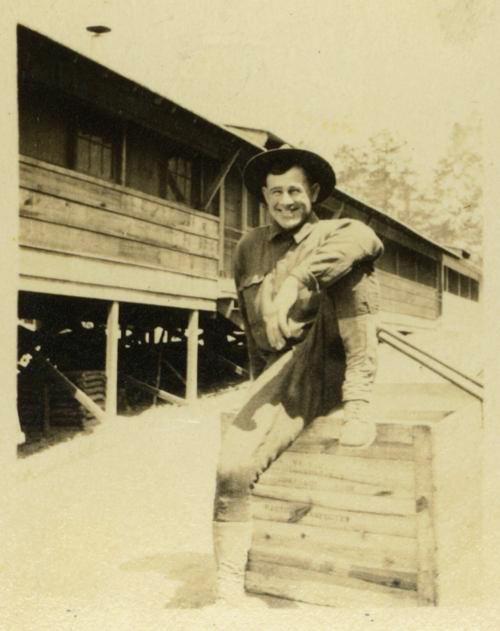 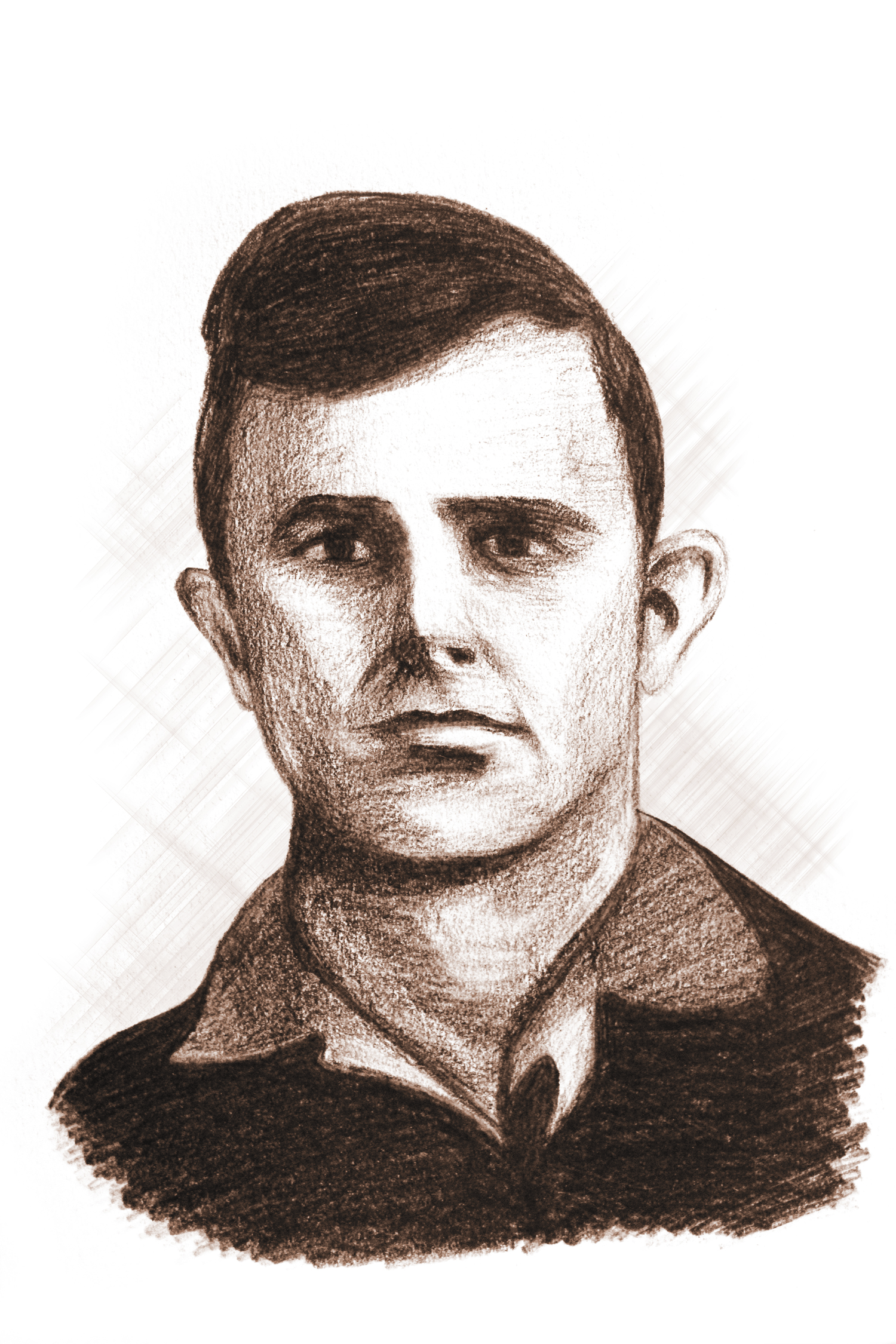 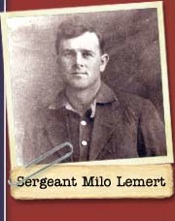 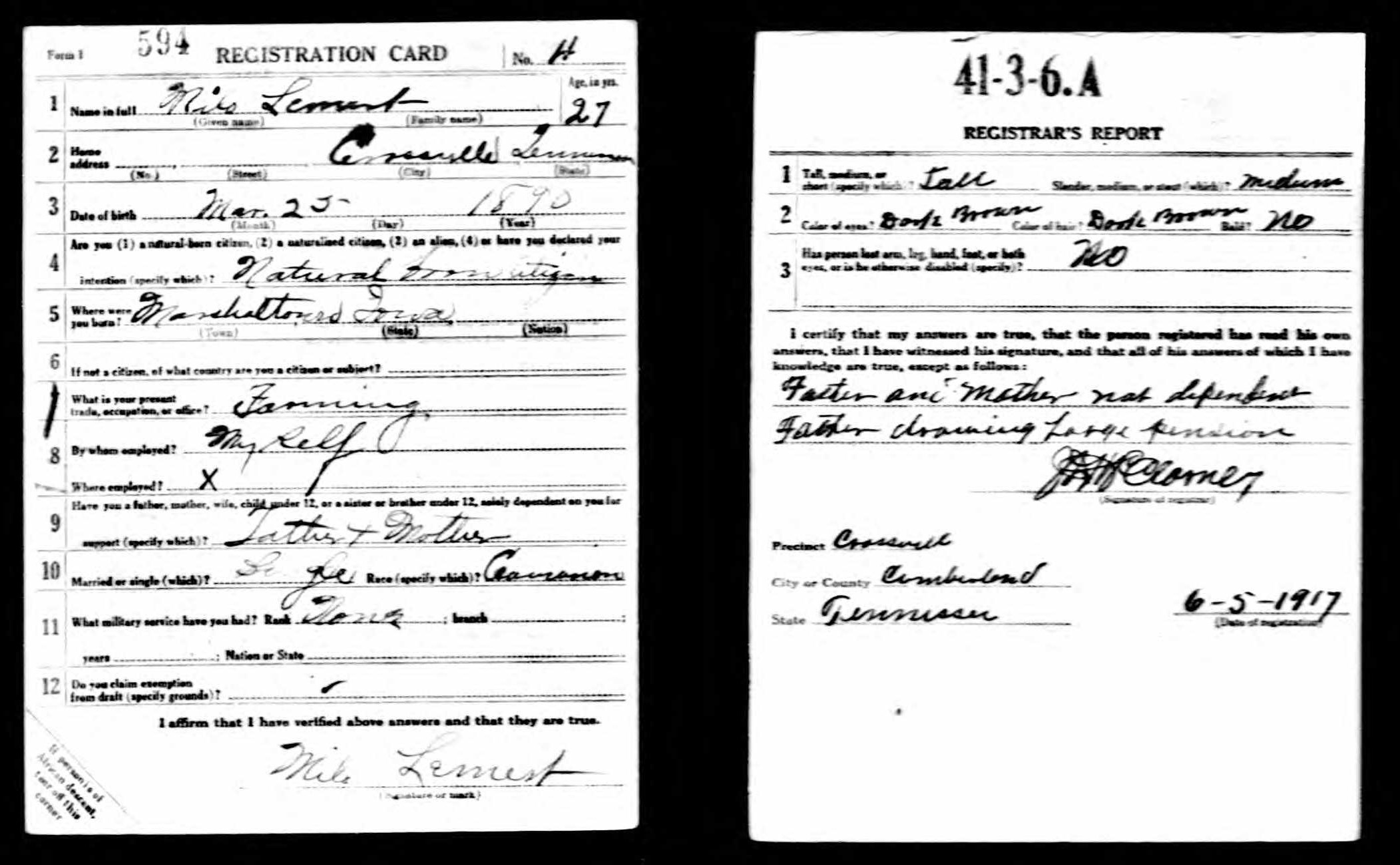 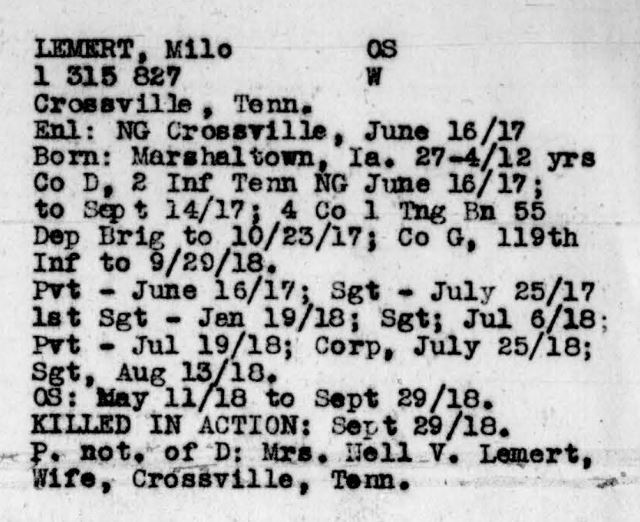 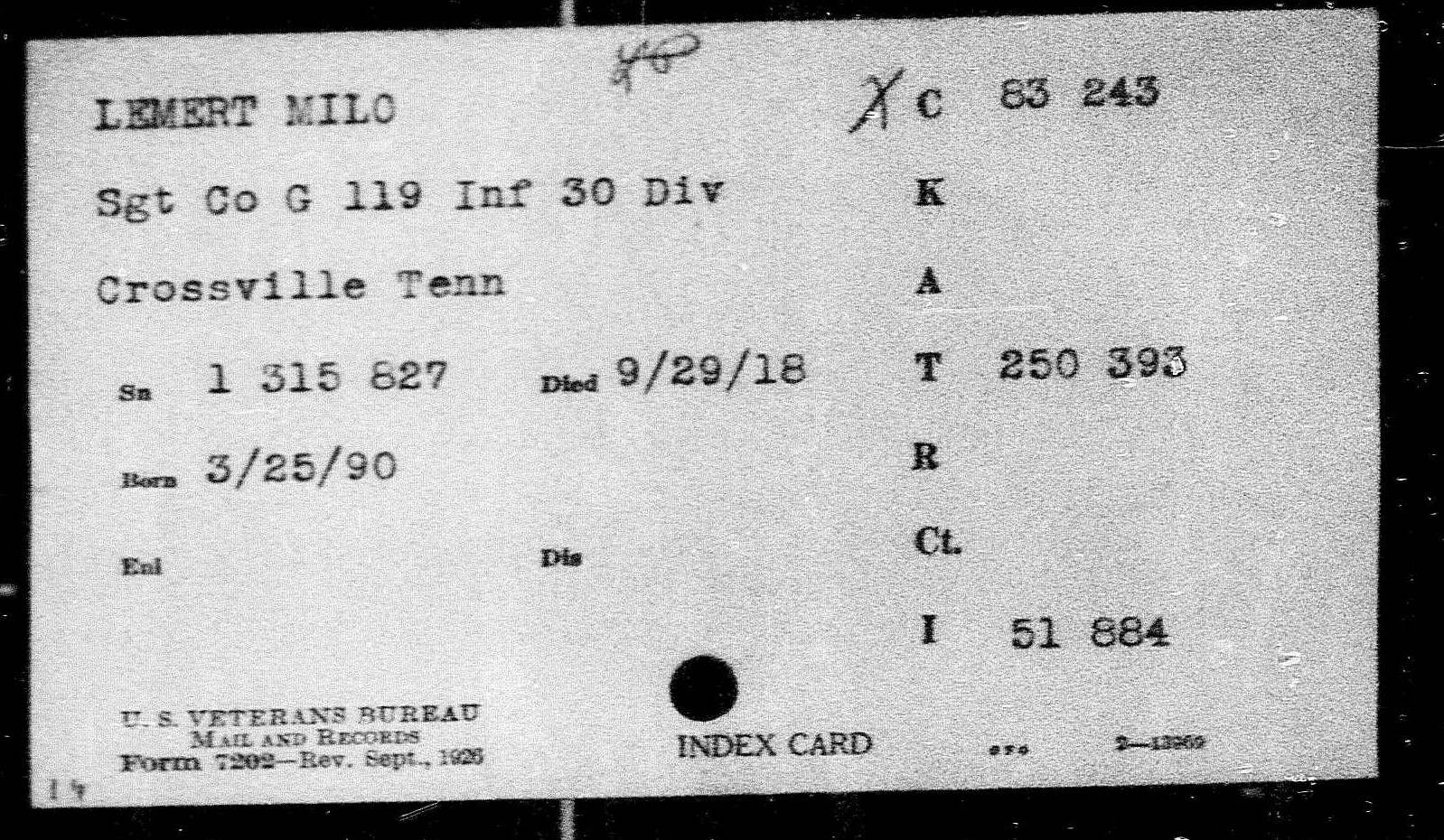 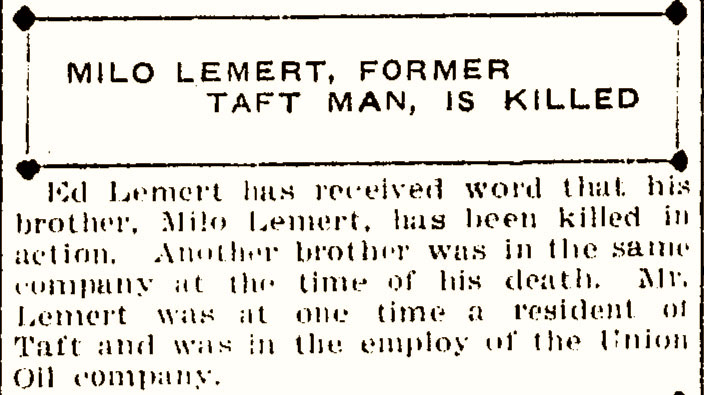 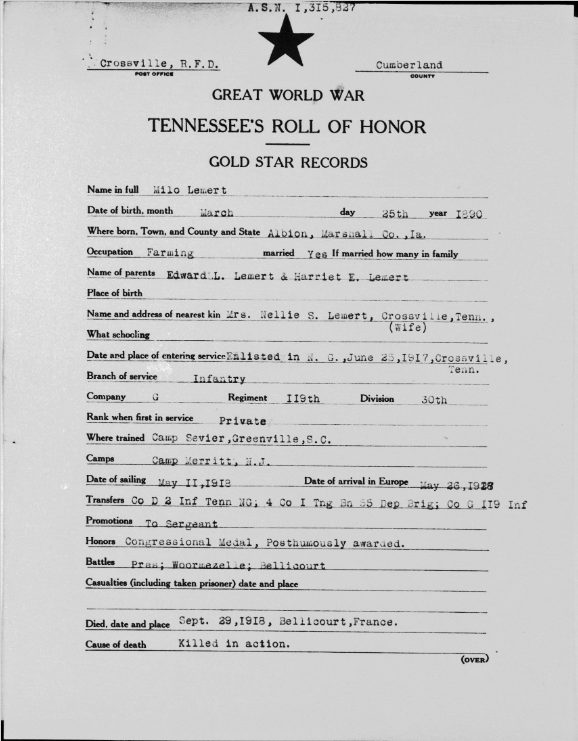 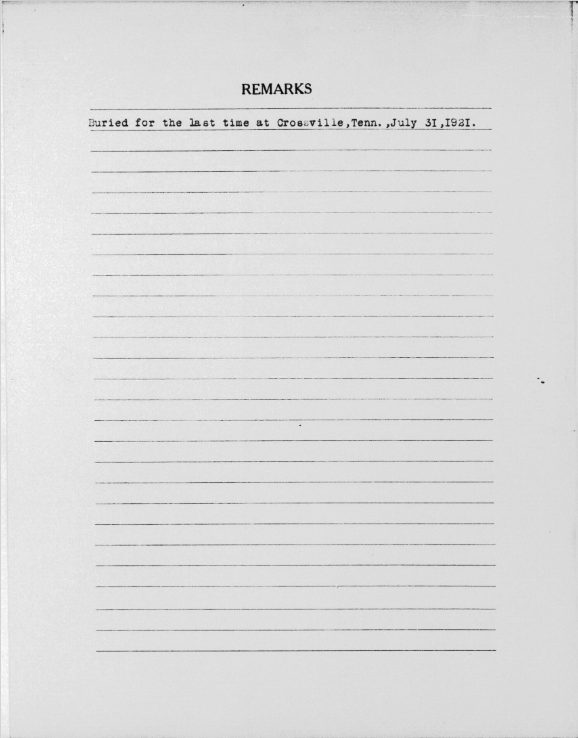 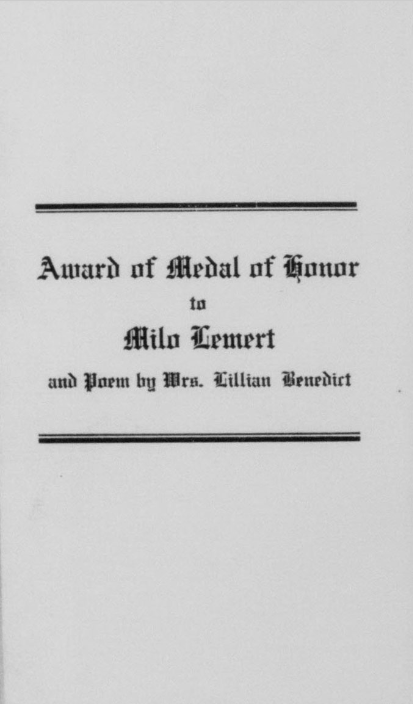 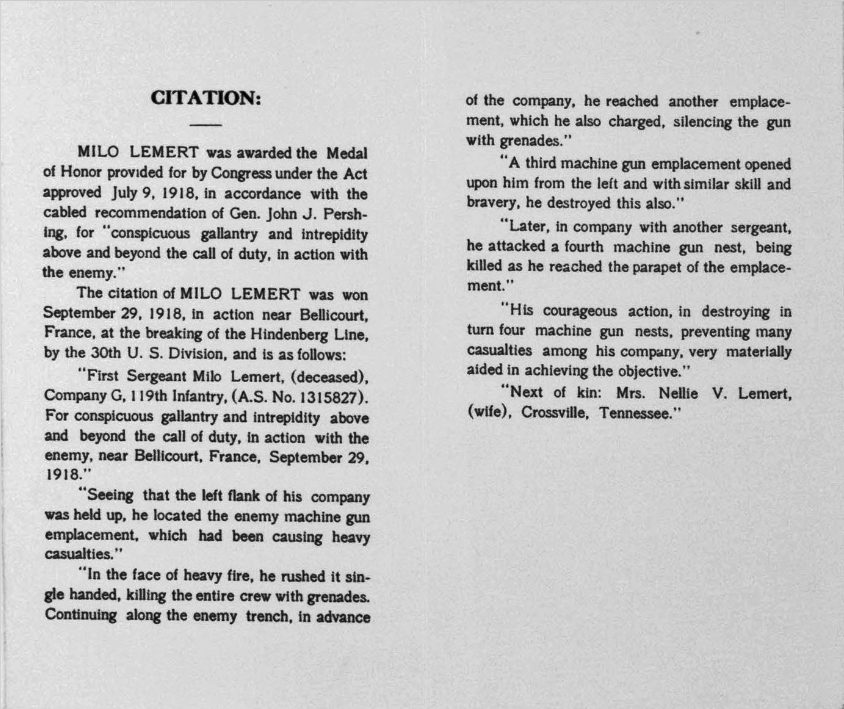 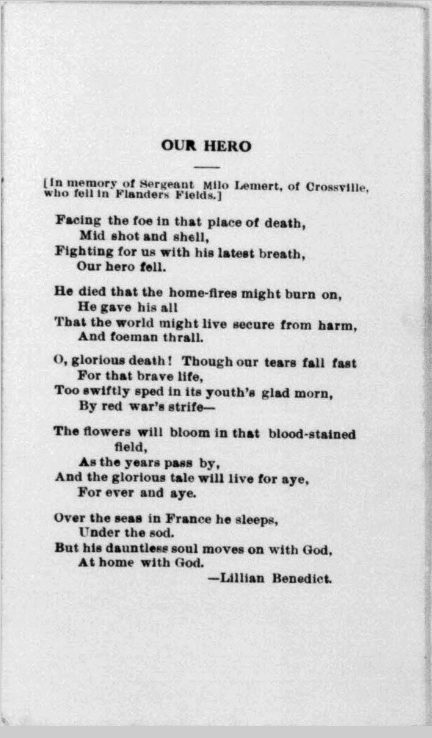 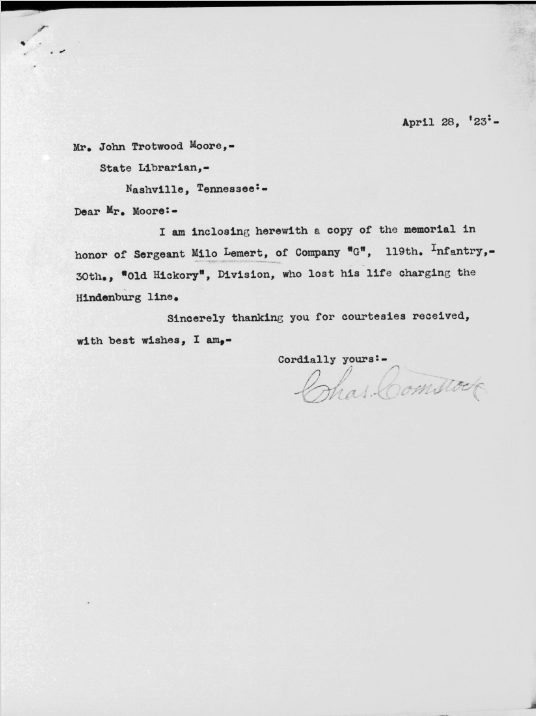 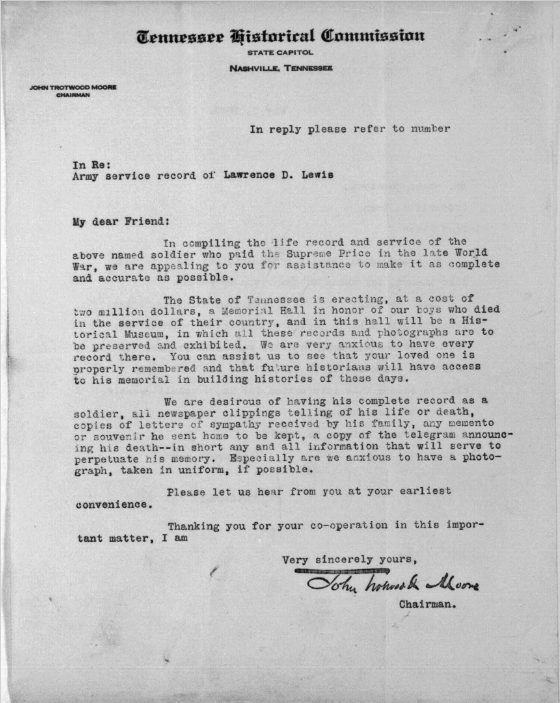 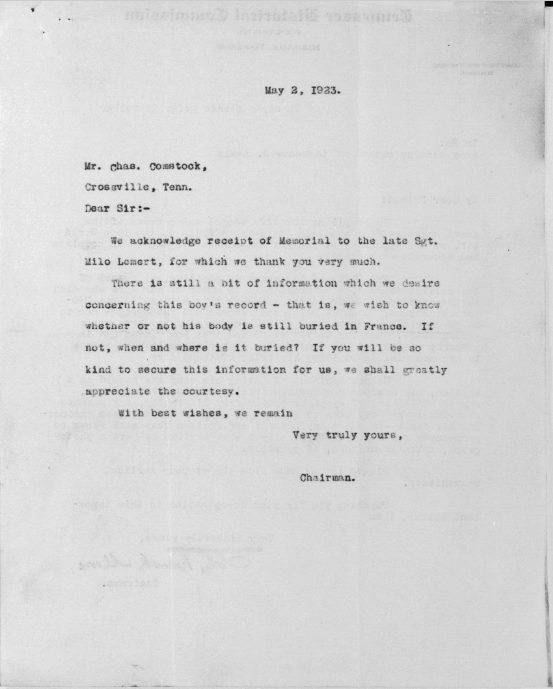 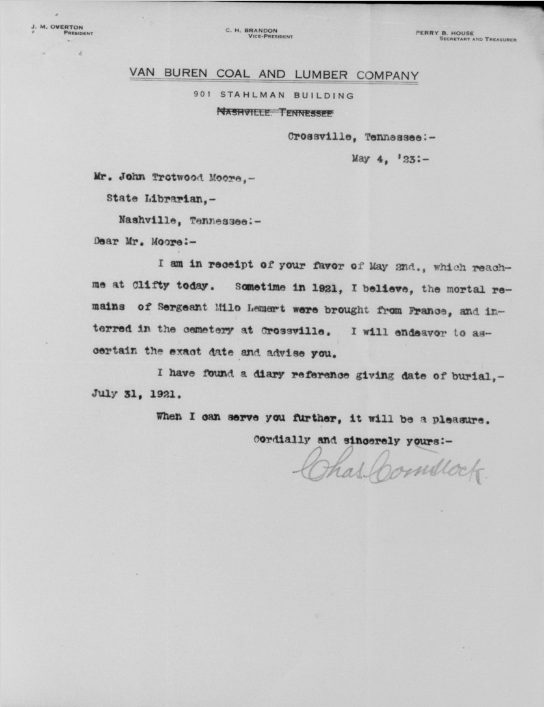 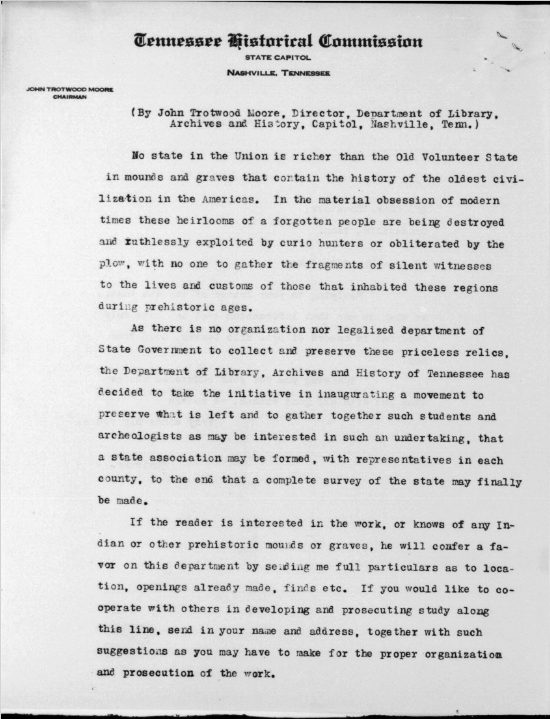 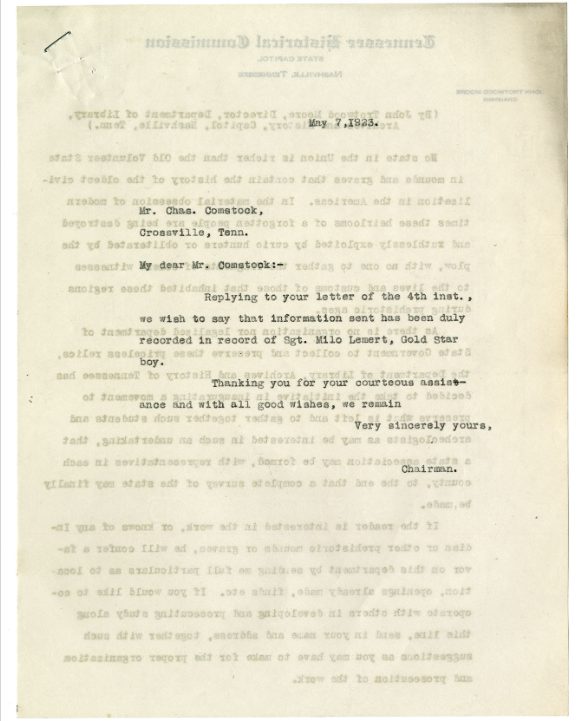 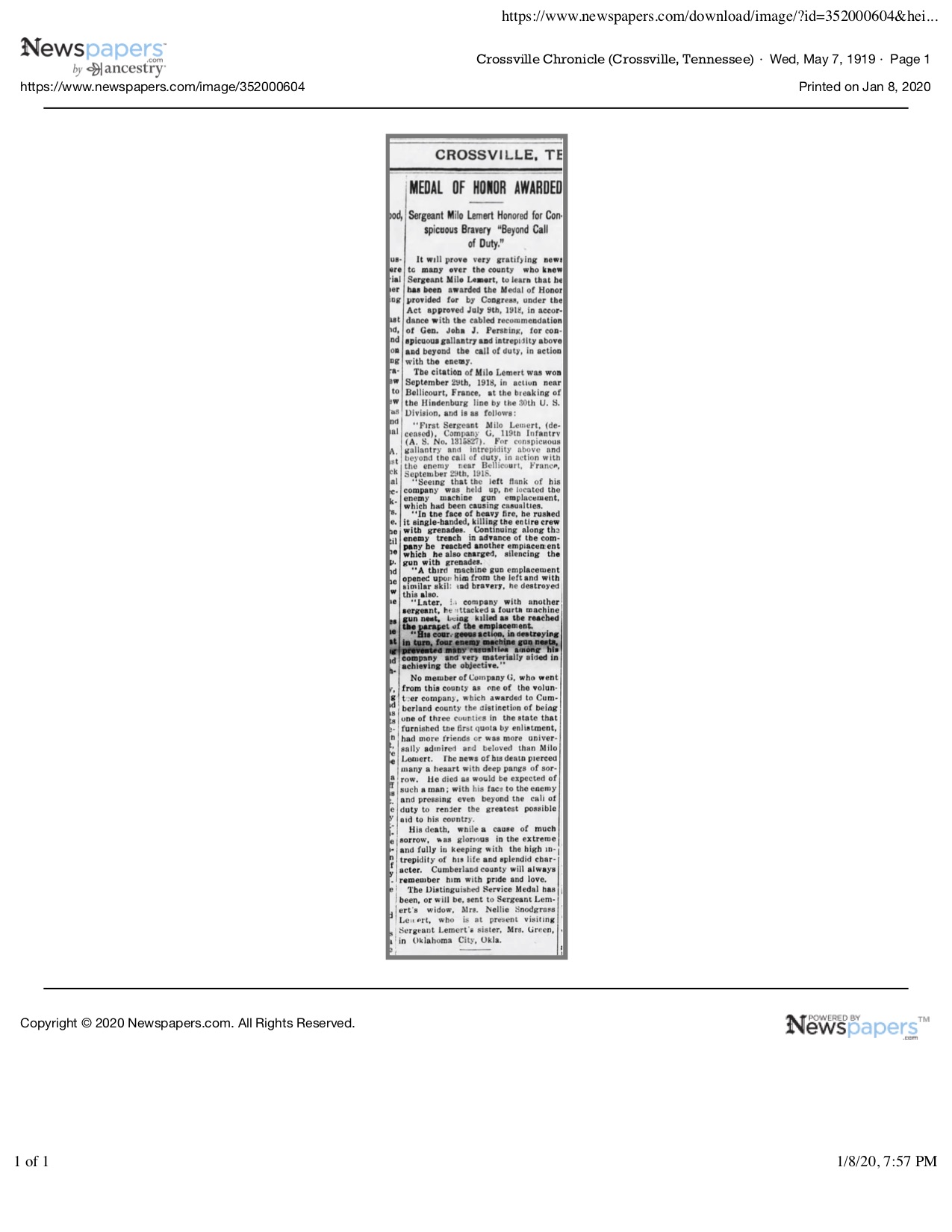 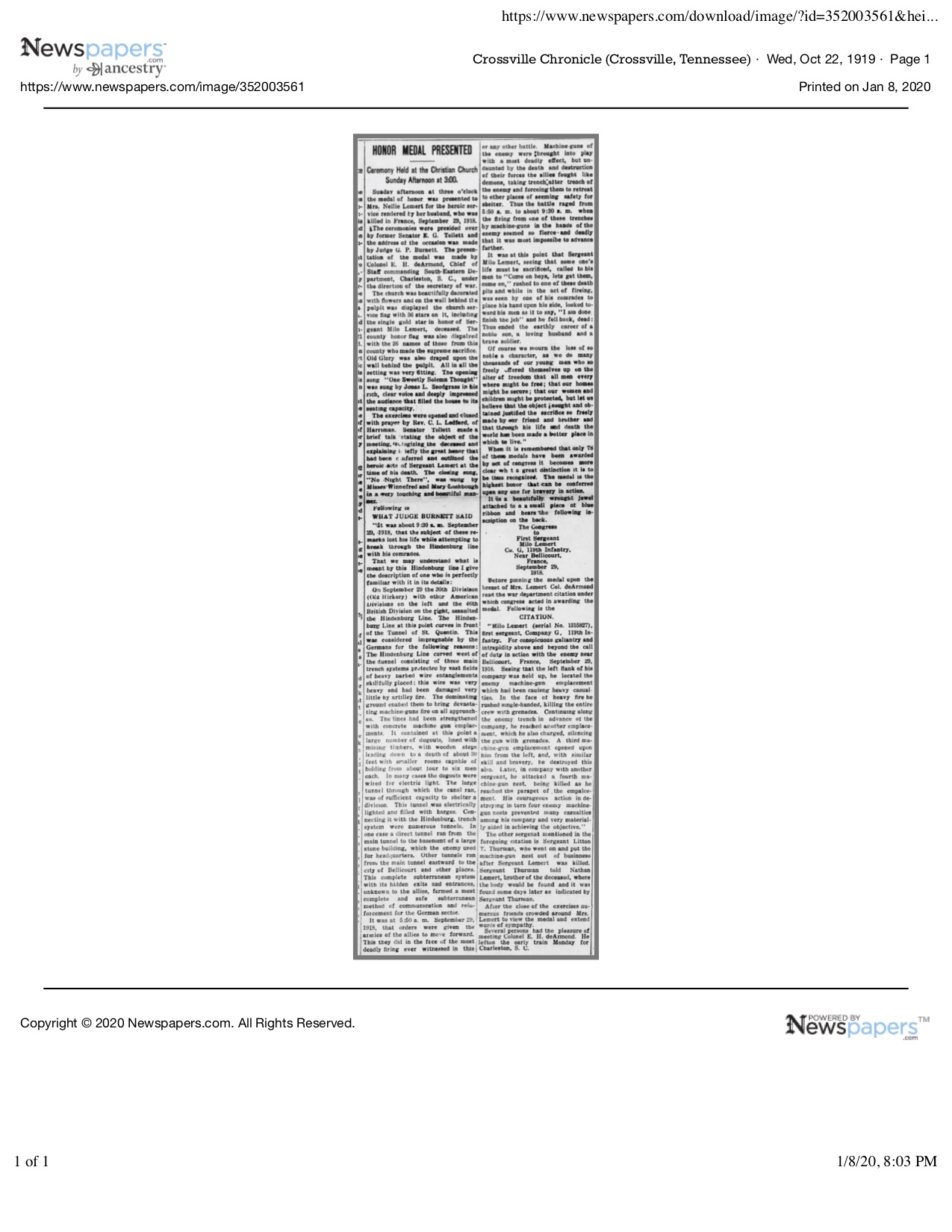 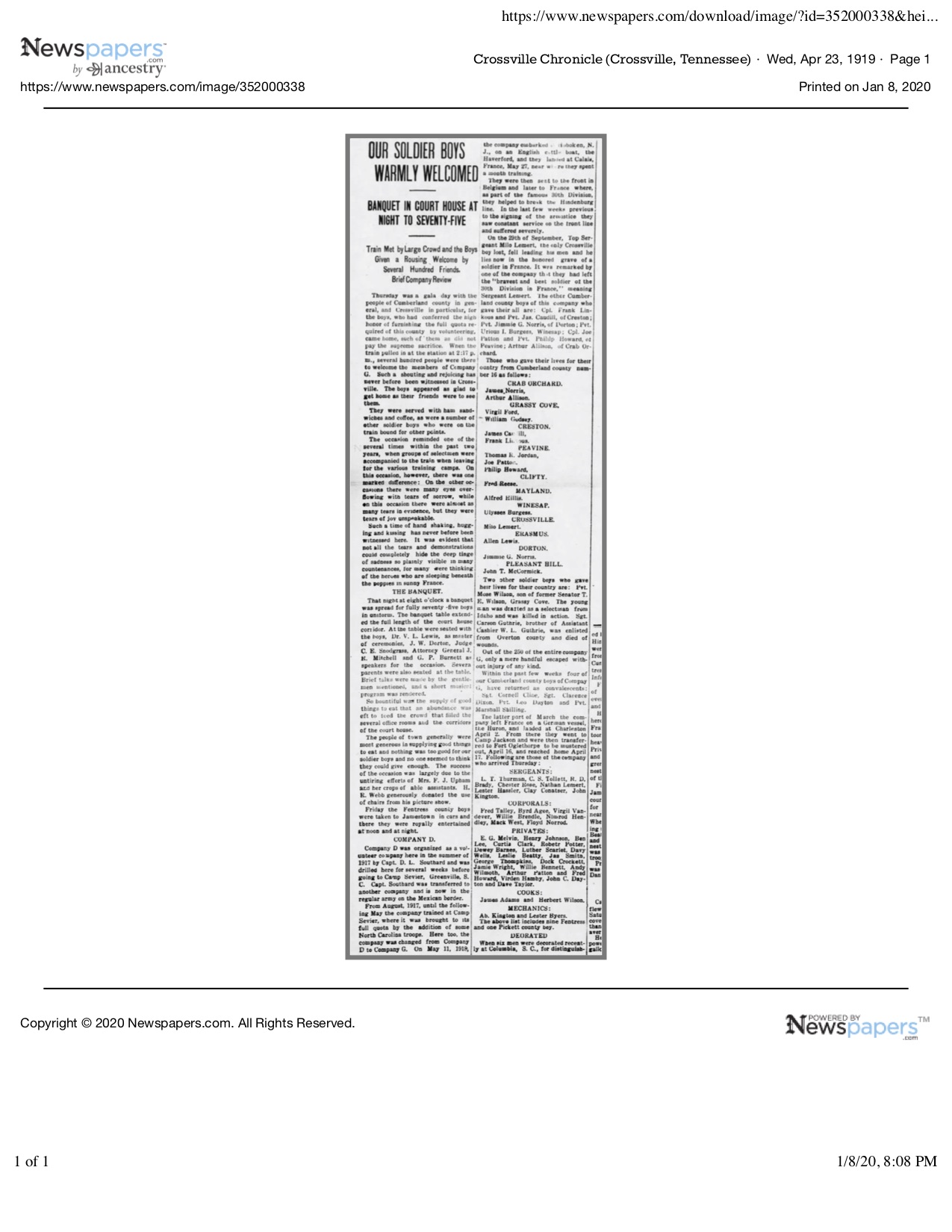 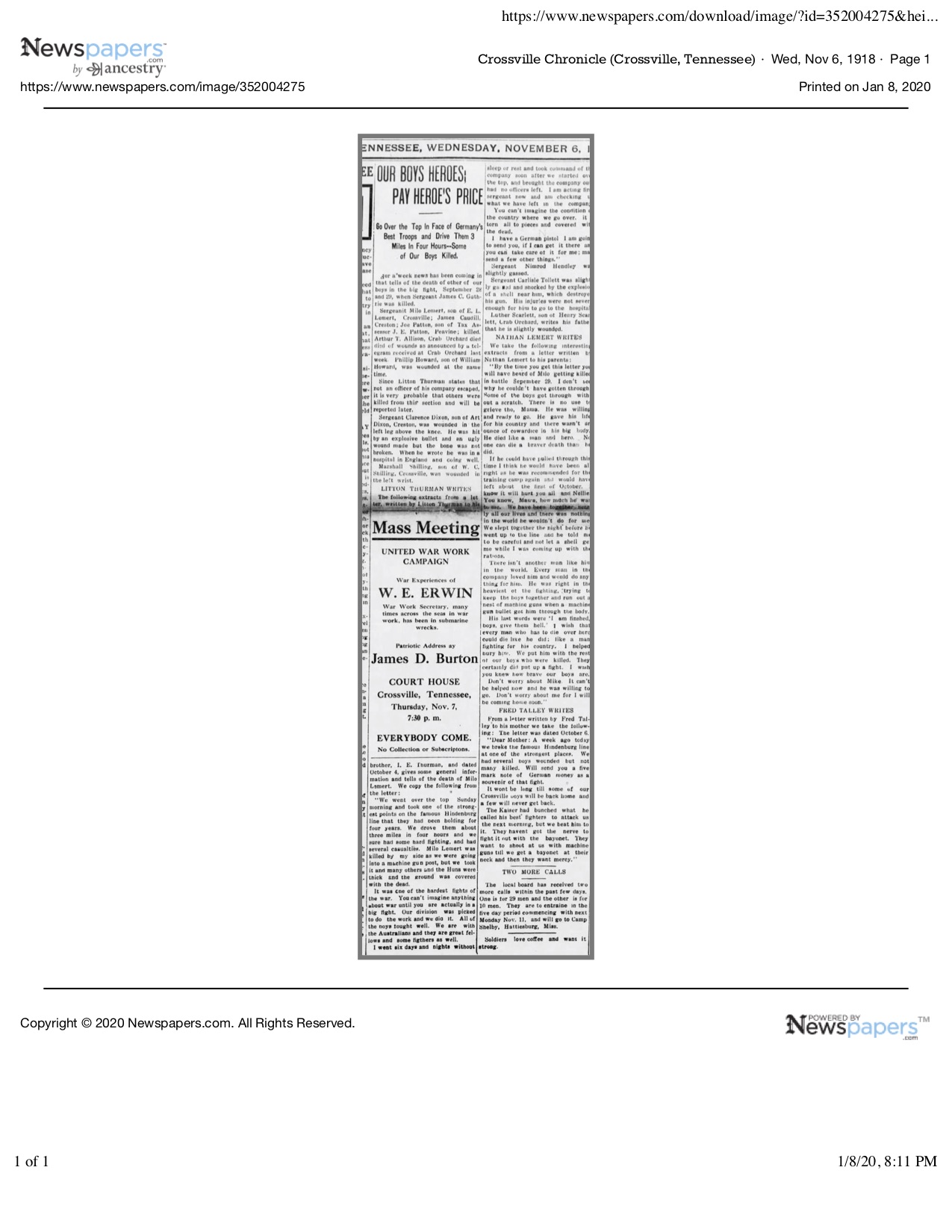 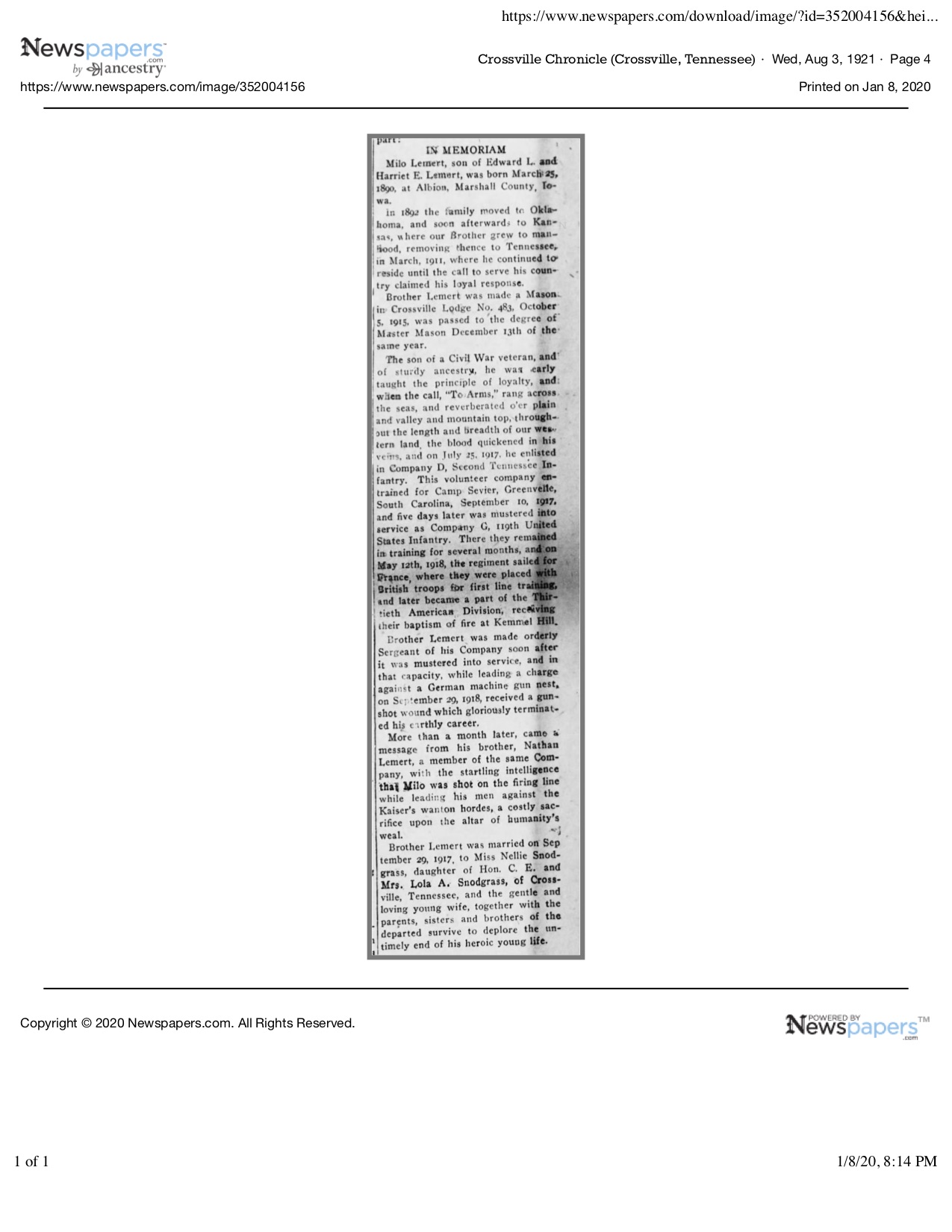 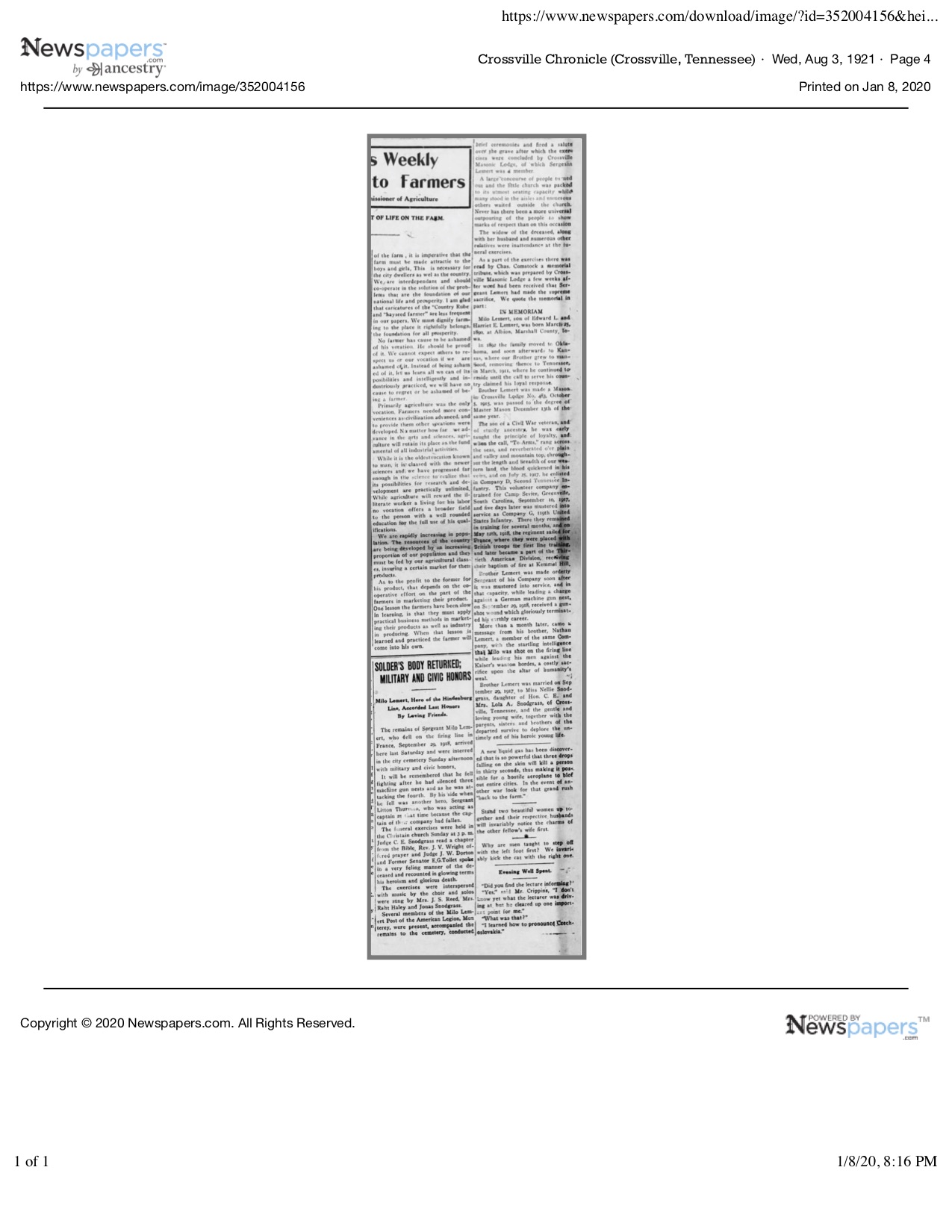 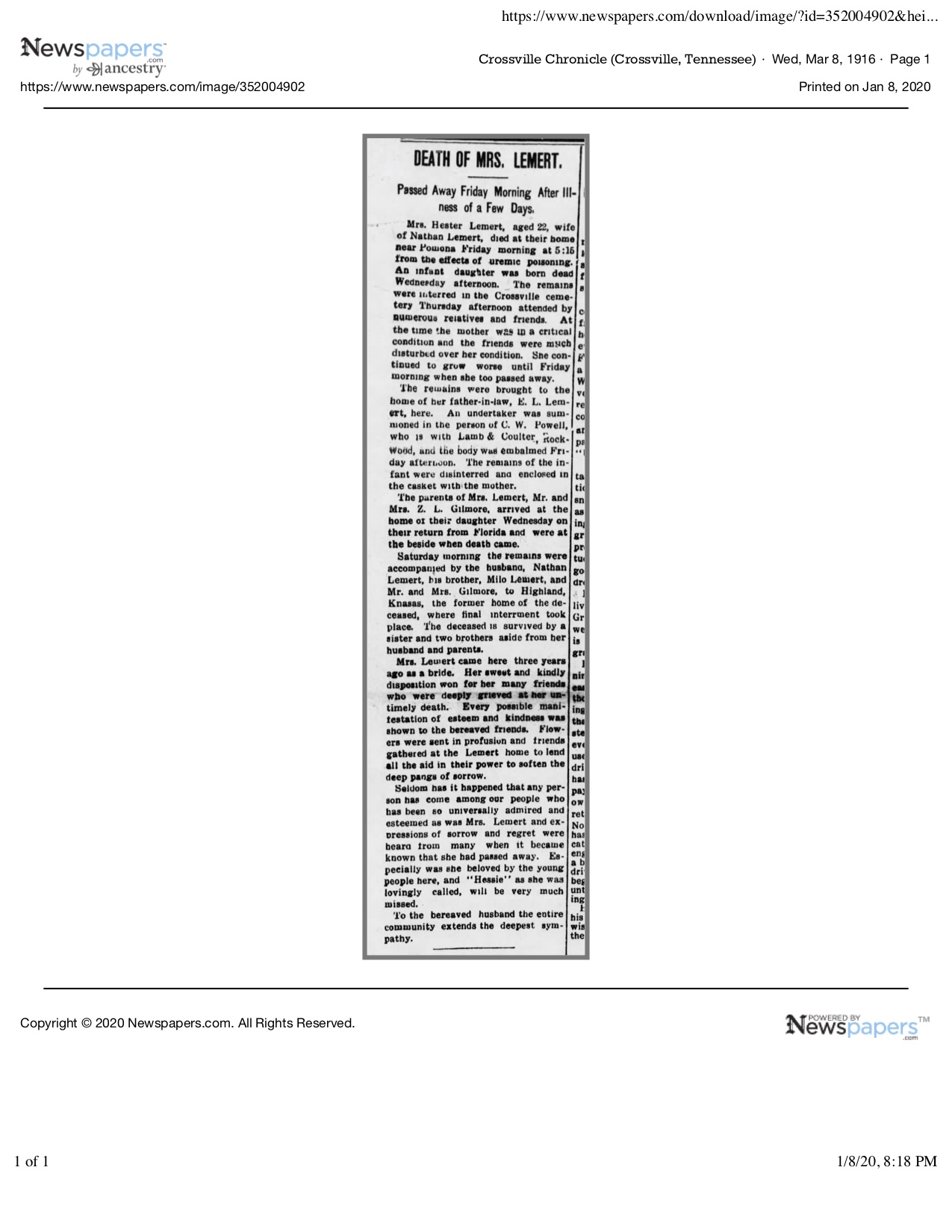 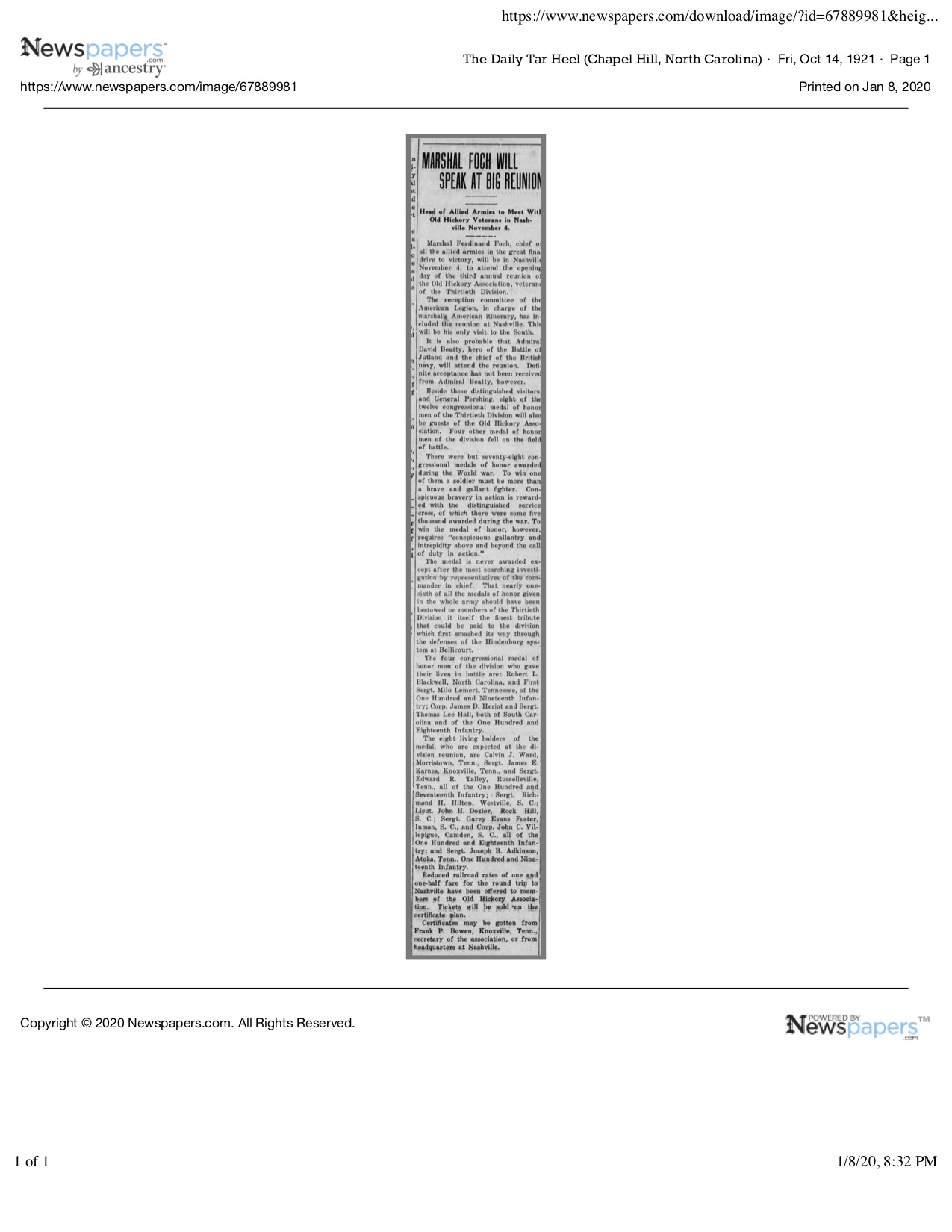