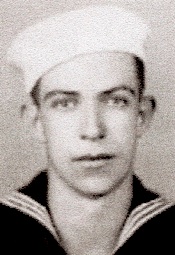 Miller was born in Sulphur Springs, Washington County, Tennessee on 10 August 1919. He worked as an automobile mechanic at a Johnson City, Tennessee dealership to support his wife and two daughters before entering service. He wanted to do his part for our nation, so Miller enlisted in the United States Navy on 4 April 1944 in Chattanooga, Tennessee.

He completed basic training at Camp Peary, Williamsburg, Virginia. As a new Seaman Second Class, Miller came home on leave before being shipped out to Pearl Harbor, Hawaii for his duty assignment. On 27 July 1944, he reported aboard the USS Bush (DD 529) a Fletcher-class Destroyer along with 20 other men whose last named started with a “B”. Soon after Miller and the USS Bush set sail to join in the war in the pacific. For the Bush it was to rejoin the fight, she had already distinguished herself in the pacific.

5 August 1944 brought about a rate change for Miller. He was reassigned to the Engineer Division and made a Fireman. Now, Fireman Second Class Beals crossed over the equator on 12 August 1944, just two days after his 25th birthday and as Navy custom dictates he was transformed from a Pollywog to a Shellback.

Miller’s first action was the Morotai Island landings on 15 September 1944 and then he participated in four unit campaigns Leyte, Luzon to include the Mindoro and Lingayen Gulf landings, Iwo Jima and Okinawa.

At Okinawa, on 6 April 1945 the USS Bush was assigned Radar Picket duty and already splashed one Japanese Kamikaze aircraft when she was hit by another. The first of three hit her at 1515 hours (3:15pm) on the starboard (right) side between the stacks exploding in the forward engine room. The second hit at 1725 hours (5:25pm) on her port (left) side also between the stacks starting a fire that nearly severed the ship. Just 20 minutes later at 1745 hours the third hit also to the port just above the main deck spraying it with debris and fire. Even after that it was believed she might just be salvageable, but unusually heavy swells rocked her and she began to cave in amidships and started breaking apart. The Captain ordered her abandoned. Miller survived all this, he was seen in the water and even swam up to one life boat, but it is was full, so he told them he would swim to the next one. He never made it there. Miller is listed on the Tablets of the Missing, Honolulu Memorial, Honolulu, Hawaii and has a memorial marker at the Fairview United Methodist Church Cemetery, Section 2, Row 2, Grave 32 in Jonesborough, Tennessee.

Miller was 25 years old and the son of Alley Marshall Beals and Tennie Miller. He was married to Daisy V. Dixon and they had two daughters. After the war an unknown shipmate of Miller’s visited the family and told them how courageous Miller had been. Daisy penned this poem following that and the official news of Miller’s death. It was printed in the Jonesborough Herald & Tribune newspaper.

My darling in Heaven waiting for me
Where there is no more pain and war.
And I’ll be with you soon, my dear,
And we will part no more.

They said you lost your life, my dear,
Out on the deep blue sea, but I know
Where you are, sweetheart, your up home
Waiting for me.

In the letter you ask your buddy to write,
He told of your great love for us.
And how true, darling, you were to me,
Just like I was to thee.

And he said in battles you were so brave,
Always doing your best,
And God said, Miller you’ve stood enough,
Come on home to rest.

Darling this is so hard to bear,
For we love and miss you so
We can never meet again on earth,
But we will in Heaven, I know.
-Submitted by Allen D. Jackson, USAF (Ret) 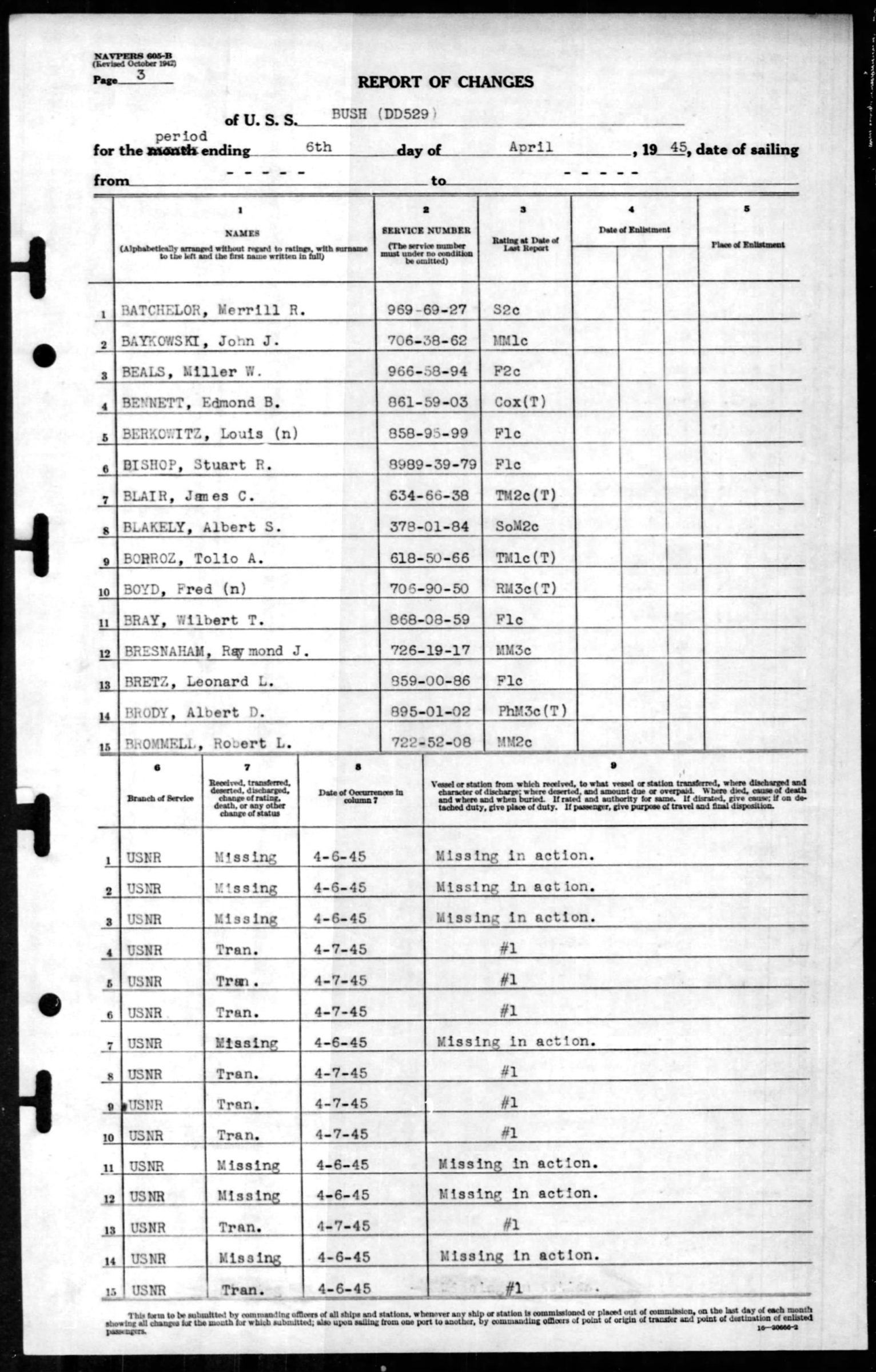 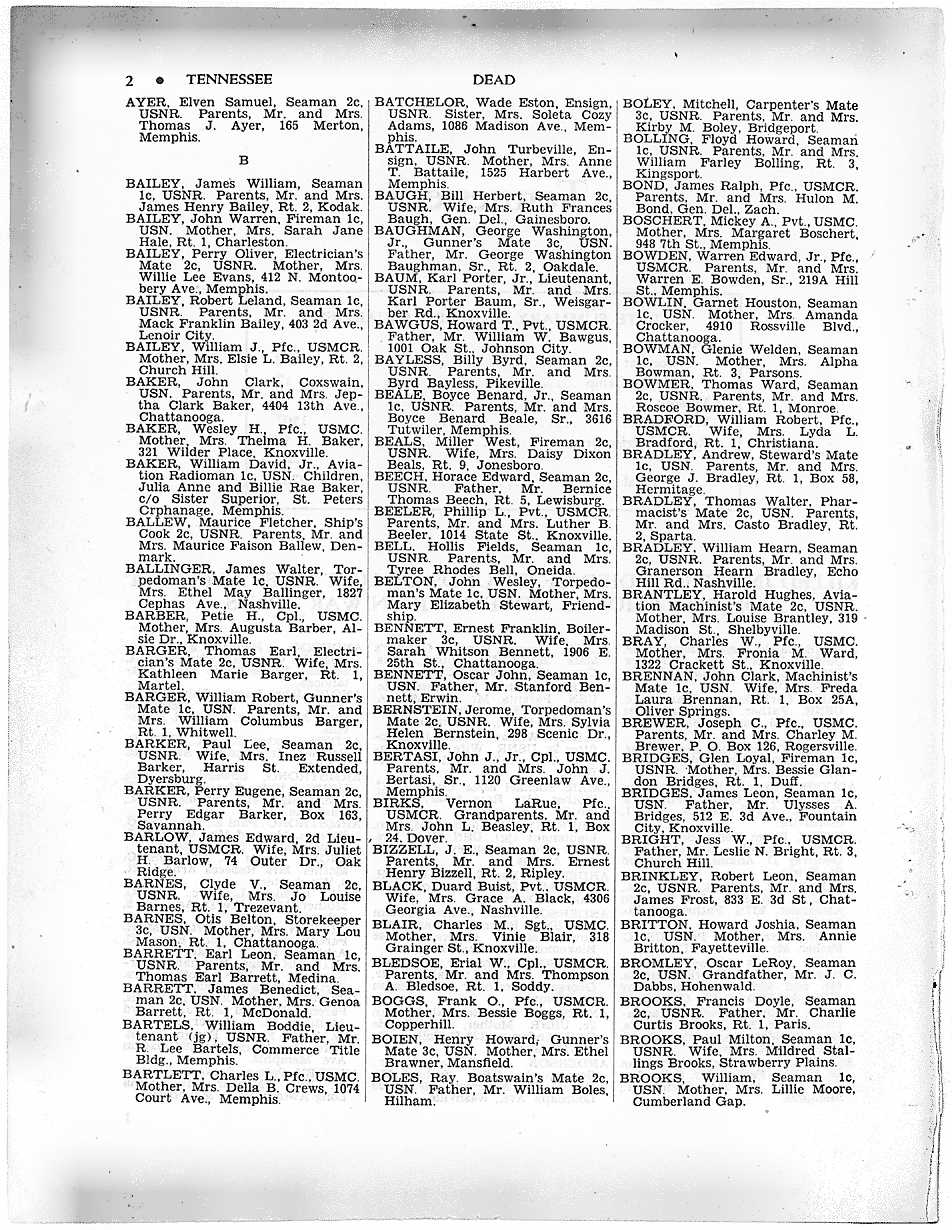 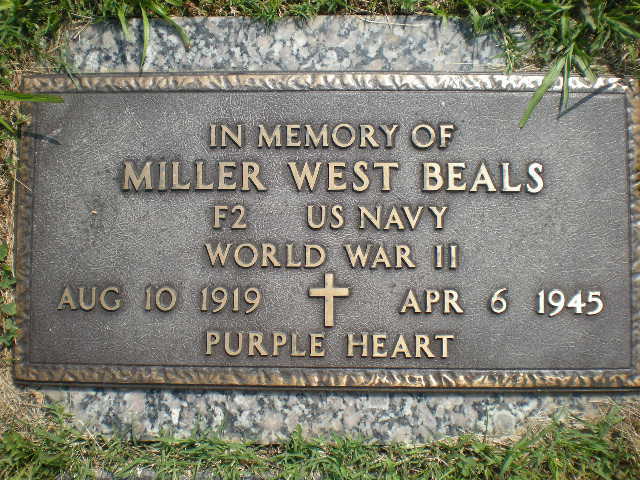 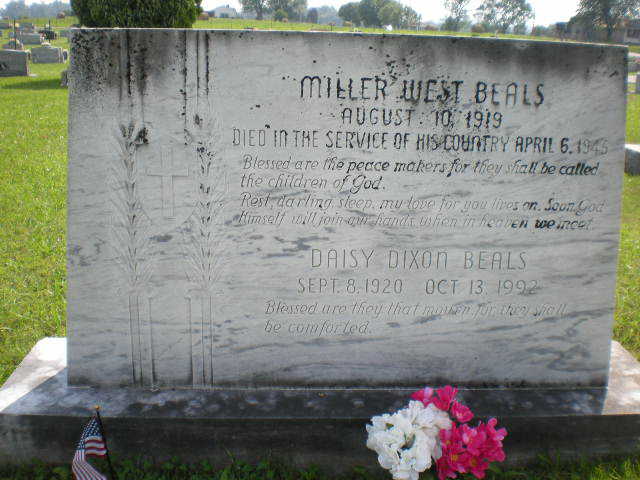 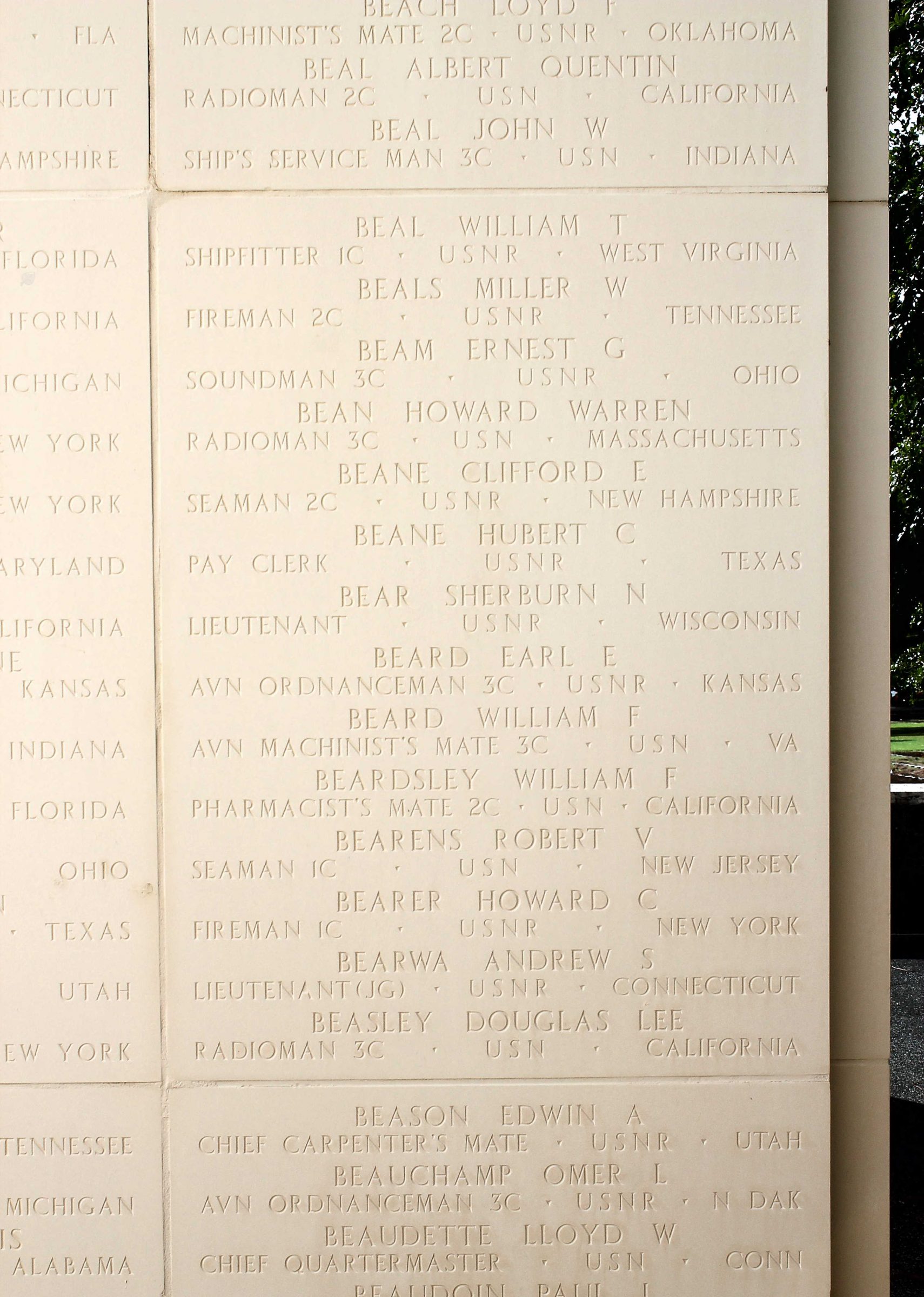