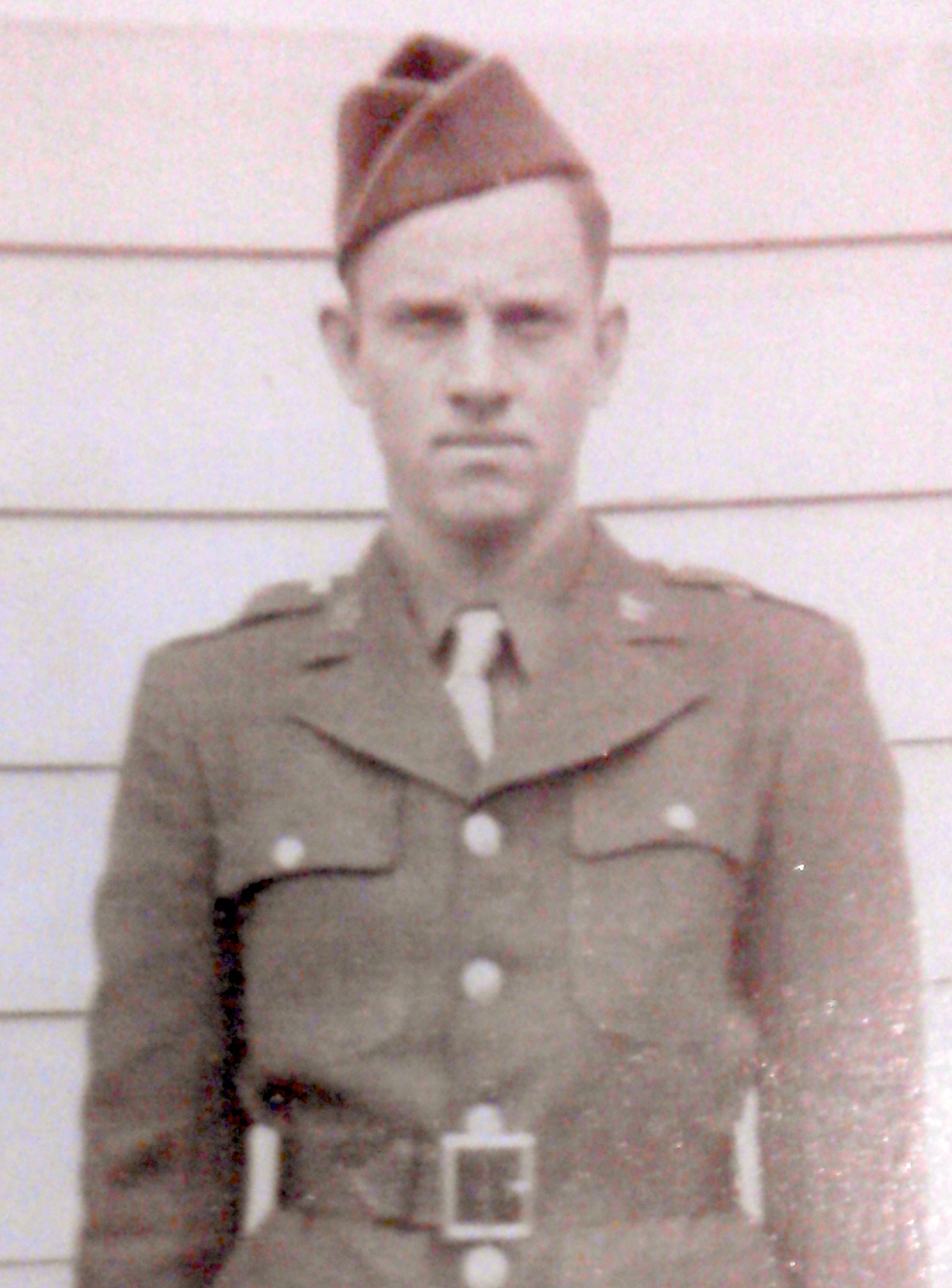 The Kingsport News, 10 December 1948
Funeral services will be held at the Chop Tack Baptist Church for PFC Miller K, Manis, son of Mr. and Mrs. Walter Manis, Rogersville, Route 1, who was killed in action in France on December 19, 1944.
Private Miller entered the service in December, 1942, and went overseas on September 25, 1944. He was awarded the Purple Heart and Bronze Star posthumously both of which were sent to his widow, the former Blanche Drinnon.
In addition to his parents, Private Manis is survived by four brothers, Guy, Earl, Melvin and Lloyd; and three sister, Lyda, Hallie and Mary, all at home. 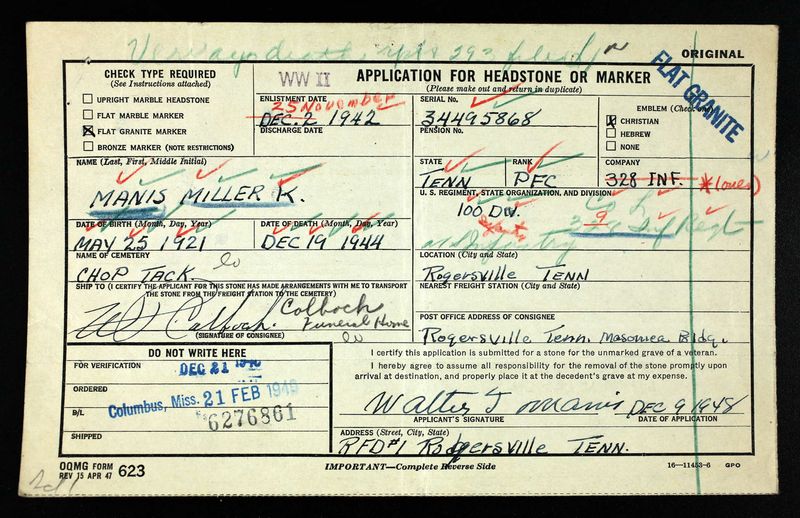 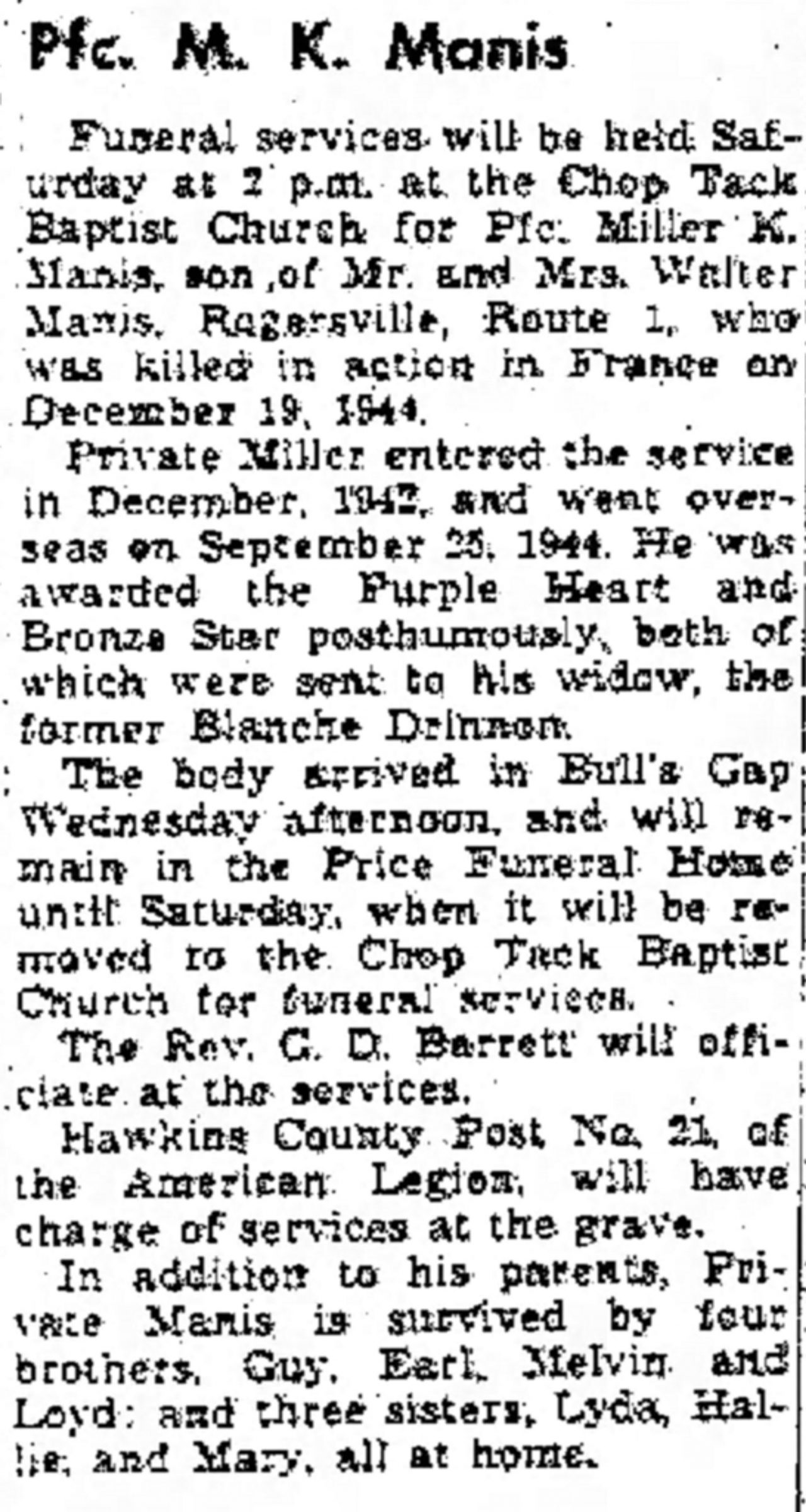