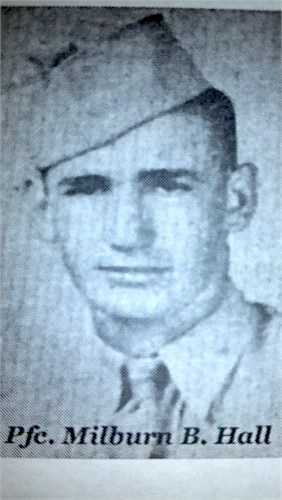 In picture:  654th TD Battalion, Co B. before shipping out to England

Plain Talk and Tribune, February 5, 1945
Pfc. Melbern B. Hall, who was killed in action on December 29 in Belgium. Pfc. Hall was the nephew of Rebecca Freeman of Newport. He is also survived by two sisters, Sylvia and Vella Hall, one brother, Collis Hall who is serving in the Philippines, his grandfather, Sam D. Hall of Del Ria. He was the son of the late Mr. and Mrs. Jake Hall of Hartford.

The Newport Times, May 25, 1949
The body of Pfc. Milburn B. Hall will arrive in Newport on May 27. Funeral services will be held at Brown’s Chapel with interment in Union Cemetery on Sunday, May 29.
Pfc. Hall was killed in action in Belgium, Dec. 29, 1944. He is the nephew of Mrs. A.T. Glenn, formerly Rebecca Freeman, and the son of the late Mr. and Mrs. Jake Hall of Hartford. He is survived by two sister, Mrs. Henry Fox and Mrs. M.R. Harner, both of Morristown; one brother, Isaac C. Hall, of Newport; grandfather, S.D. Hall, Newport and a number of more distant relatives. 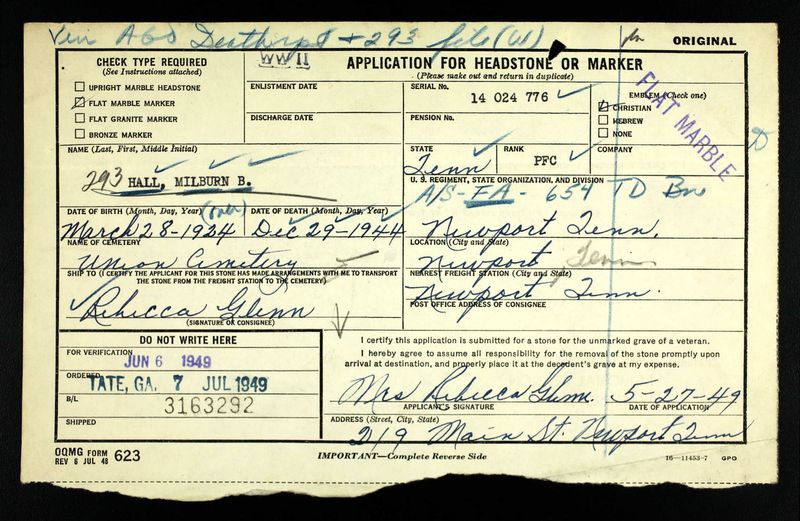 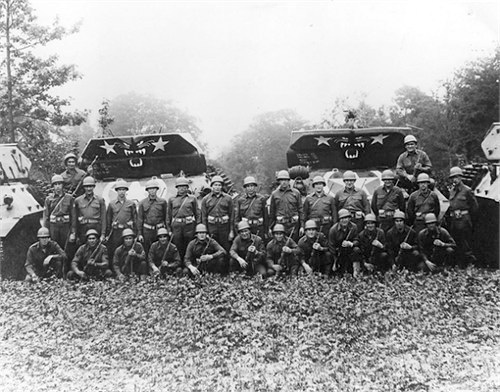 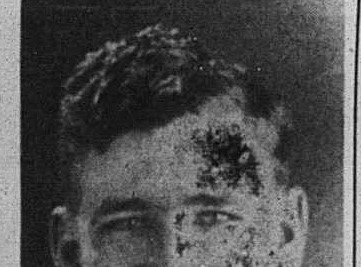