The Kingsport Times, 23 September 1941Soldiers killed in wreck of car.Newport, Tenn., – Two soldiers were killed outright and another injured seriously Monday afternoon when a car in which they were riding plunged 200 feet down a mountain side from the Knoxville-Asheville highway.The dead were identified as Mike Robinette, 24 of Wheat, Tenn., and Ralph Ingle of Vero Beach, Fla. Jay Walter Teague of Asheville was injured. The men were stationed at Fort Bragg, N.C. and were en route to Robinette’s home for a short leave. 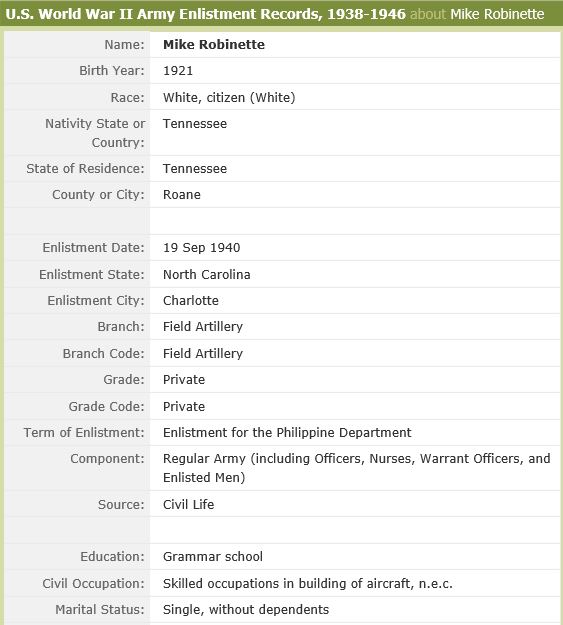 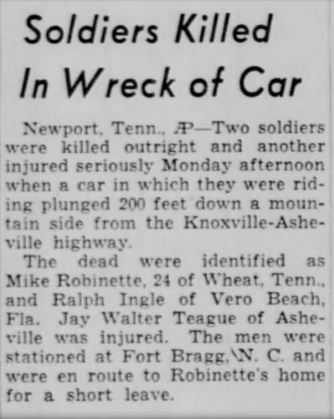