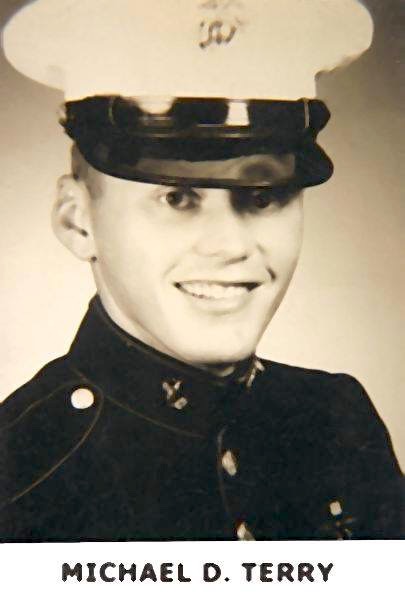 PFC Michael Dean Terry died of wounds in South Vietnam. He was born in Oneida, Scott County, TN and resided at McCordsville in Indiana at the time of his death.

Anderson Herald, 28 October 1969
Pvt Terry was wounded in action Oct. 6 near Da Nang, South Vietnam and died six days later at a hospital in that city. He was Indiana’s 1,048th victim of the war in Vietnam.
Terry was graduated from Mt. Vernon High School in 1968 and had studied data processing at Vocational Technical College, Indianapolis, before enlisting in the Marine Corps last February. He had served in Vietnam since July 25.
Born at Oneida, Tenn., July 25, 1949, he was a son of Mitchell and Wanda Hill Terry, and had come to the McCordsville community in 1956.
He is survived by his parents of Rt. 1, McCordsville, and his grandmother, Mrs. Edna Buttram and Nannie Terry, both of Oneida, Tenn. 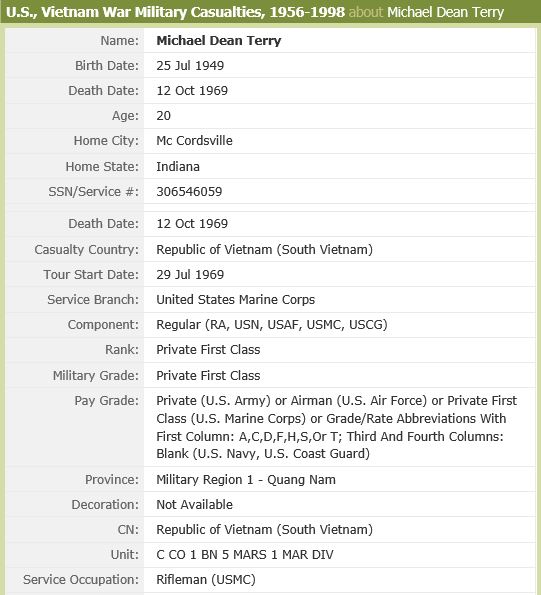 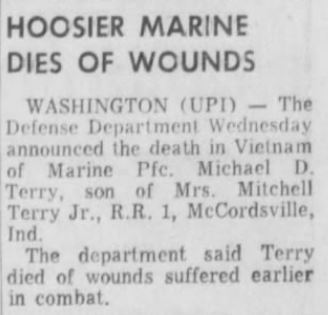