The Knoxville News-Sentinel, October 1, 1944
Sgt. Melvin O. Cooper was killed in action in France Aug. 20, according to word received by his parents, Mr. and Mrs. Jasper Cooper, of Powell Station. Sgt Cooper and had been service 11 months and overseas since June. He leaves, besides his parents, six sisters and one brother. 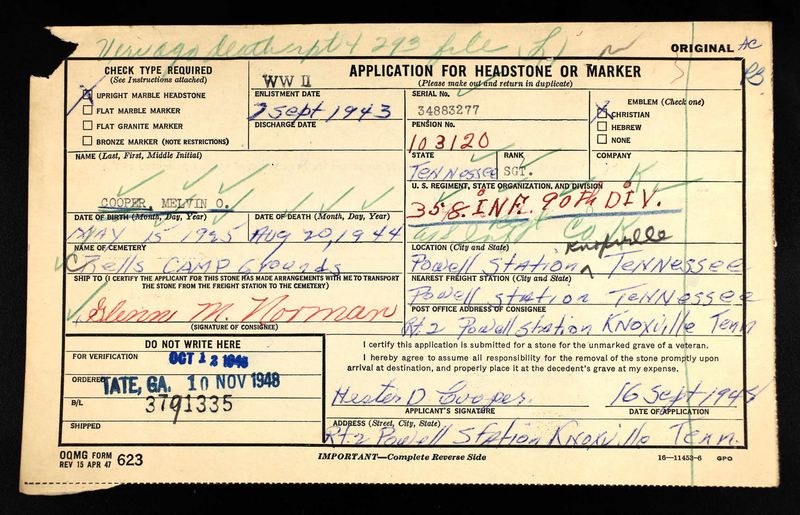 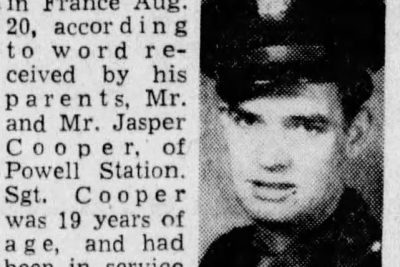 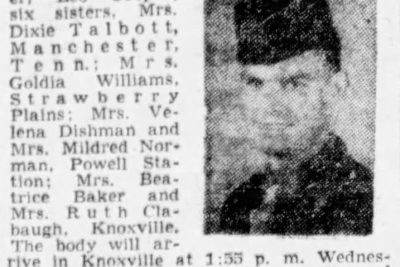