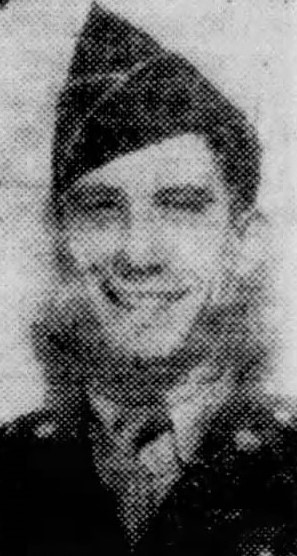 The Knoxville News-Sentinel, May 12, 1945
Pfc. McKinley B. Lane was killed in action in Germany on April 26, according to word received by his family. He had been in service a little over a year and had been overseas four months. Before entering the service he was employed by the Merita Bakeries. Pfc. Lane was the son of Ben Lane and the brother of Jimmie Lane of Byington. His wife, Mrs. Bevie Fritts Lane, and their three children, Masine, Avis Fay and Arvil, live at 993 North Broadway. His mother, Mrs. Biessie Lane, and a sister, Maddie, live in Cleveland, Ohio. 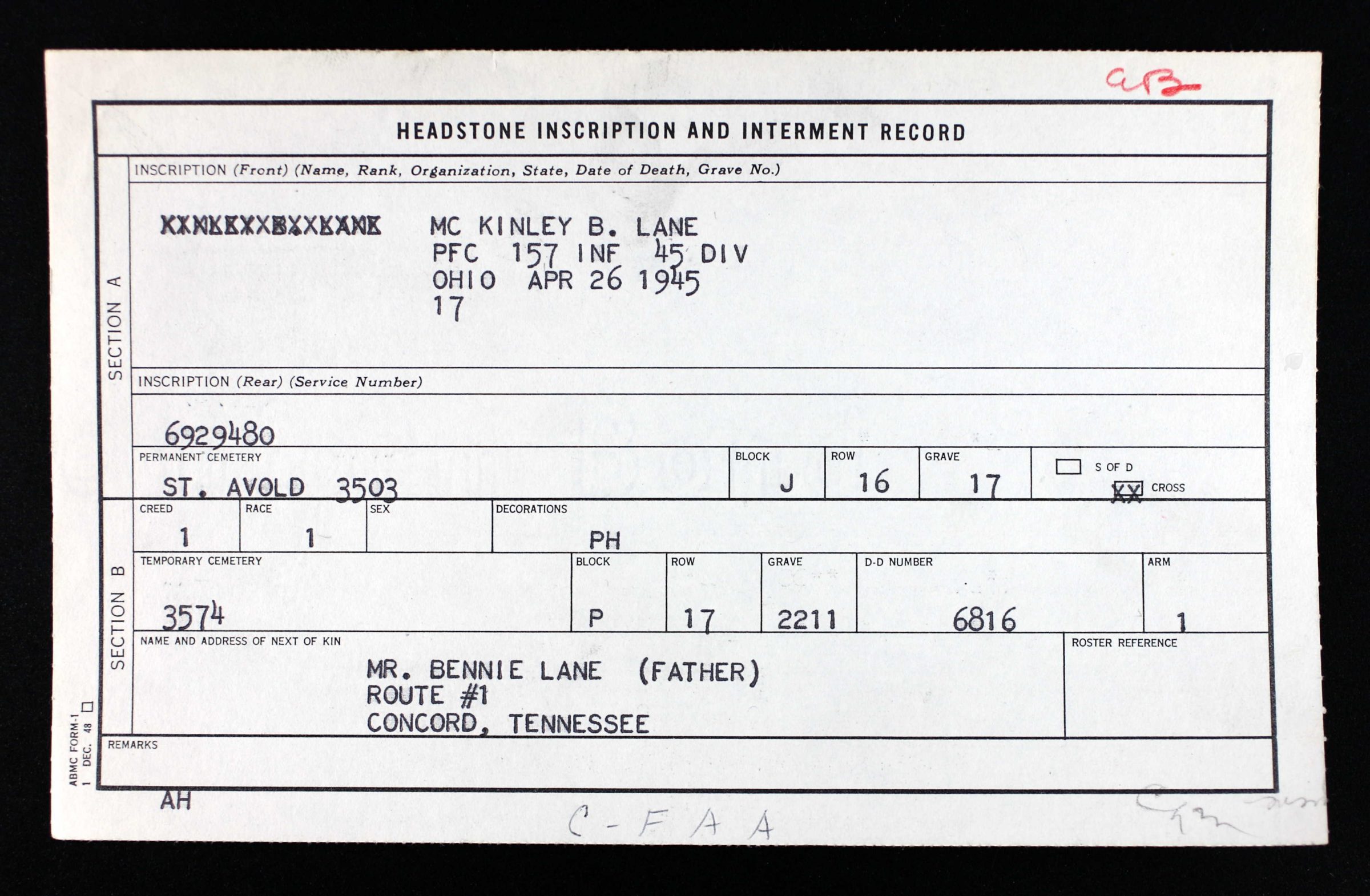 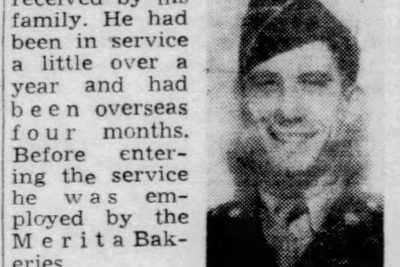 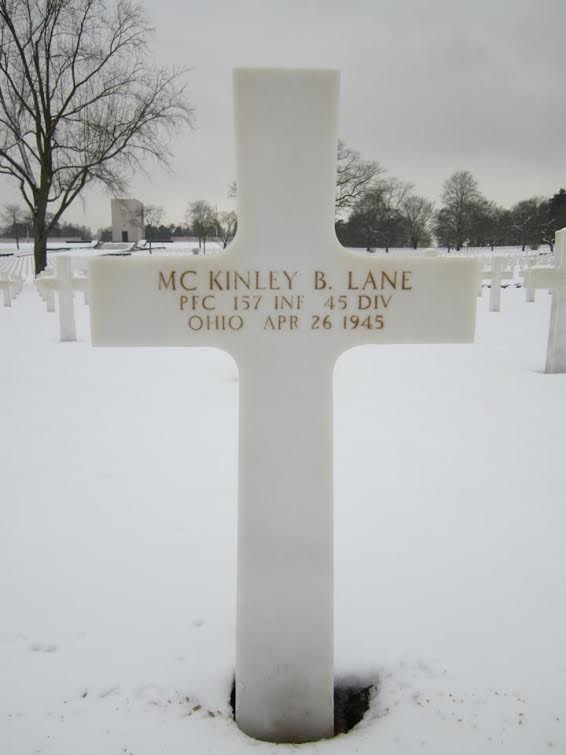