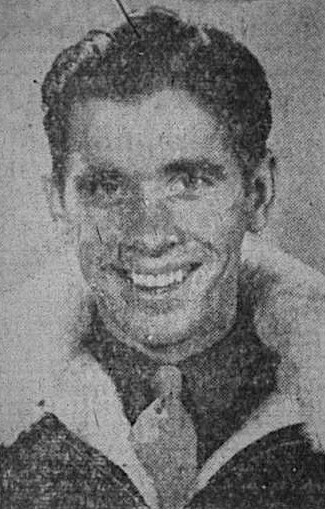 The Daily Post-Athenian, January 17, 1949
The body of Staff Sgt. Benjamin Franklin McCamish,  Jr. of Calhoun, who was killed in action August 3, 1944 after completing a mission over Germany, will arrive in Athens Tuesday, January 18. Staff Sgt. McCamish enlisted in the US Army Air Corps in January 1943 and served as a radio operator attached to the 8th Army Air Corps. He is survived by his parents, Mr. and Mrs. B.F. McCamish, Sr.; one sister, Miss Helen Lafon; one niece, Miss Sandra Ruth Walker and grandparents, Mr. and Mrs. Frank Whitaker, all of Calhoun. He was the twin brother of Mrs. France McCamish Walker who was killed in an automobile accident last April. 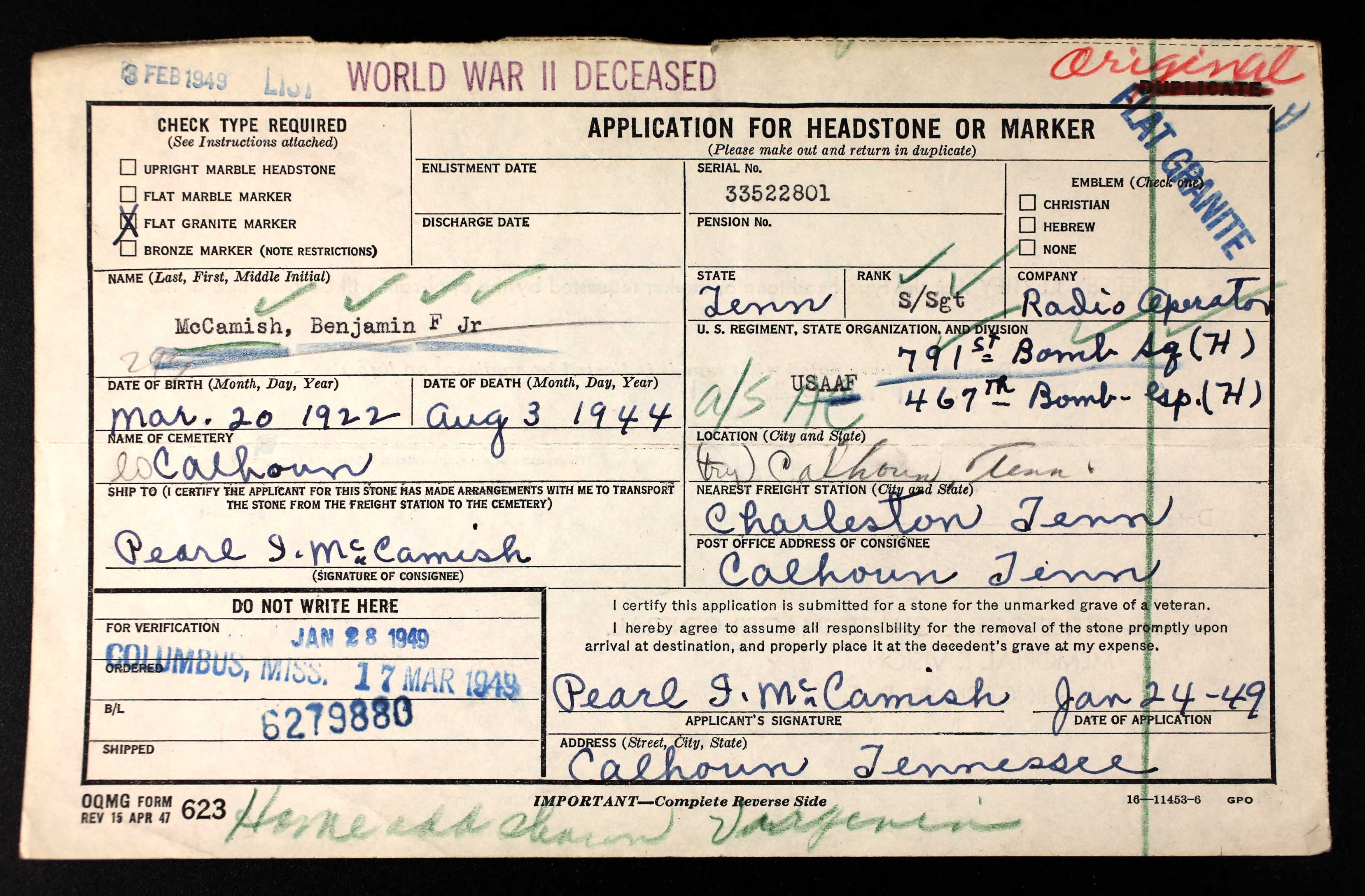 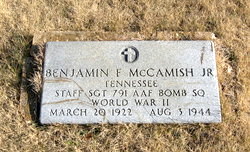 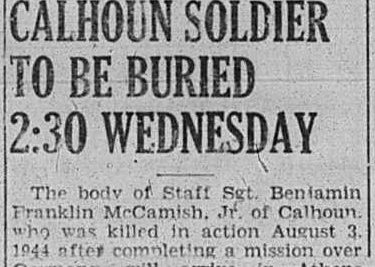