The Newport Times, September 15, 1948
The body of Cpl. Maynard Lackey will arrive in Newport Wednesday with escort. The body will be taken to the Maloy Funeral Home. Cpl. Lackey was killed in action in France on August 4, 1944. He entered service in the summer of 1939 and received his basic training at Fort Bragg, N.C. and Fort Benning, Ga., before going overseas. Cpl. Lackey was in Gen. Patton’s 3rd Army the 2nd Tank Division. He was in combat service in the North African Campaign, Sicily, Germany and was killed in the second invasion of France.
Survivors: mother, Mrs. Vergte Lackey of Newport; two sisters, Elizabeth Lackey of Newport and Mrs. Jack Blanchard of Del Rio; four brothers, John H, Otha, Earl, and Robert all of Newport. Interment in the Church Cemetery. 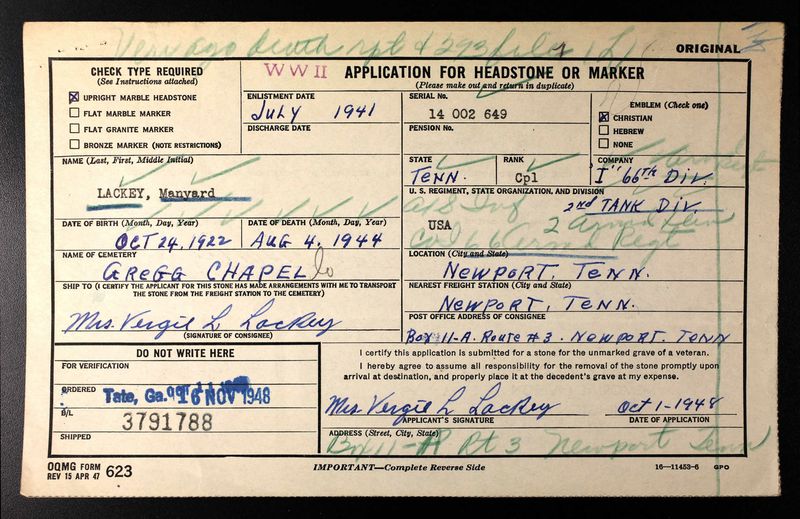 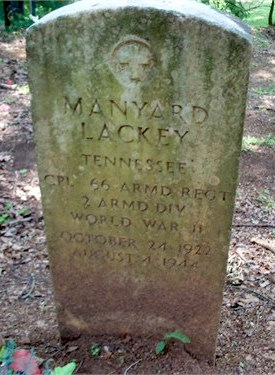 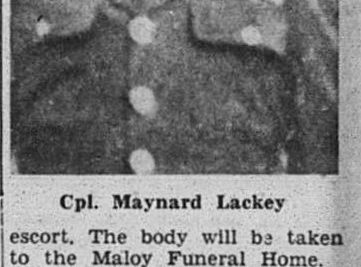