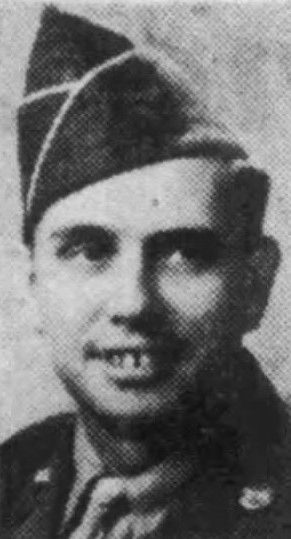 Mayford Daniel Brooks was born 12 December 1913
Private Brooks was killed in action on September 28, 1944, in France.

Private Mayford Brooks of Route 4, Knoxville, was the son of LeRoy Brooks and Nellie Brewer Brooks.

Private Brooks was returned to the United States and was buried at Thorngrove Cemetery in the East Knoxville community on May 30, 1948.

The Knoxville News-Sentinel, May 28, 1948
Pvt. Mayford Daniel Brooks, age 30, was killed in action in France, Sept. 28, 1944, after serving in three major battles. The body arrived May 27. Survivors; wife, Mrs. Alma Lusby Brooks; parents, Mr. and Mrs. Leroy Brooks Sr.; brothers, Leroy Jr. and Ondis Brooks; sisters, Mrs. Paul Smith and Mrs. Dowe Smith, all of Knoxville. He was a member of Park City Baptist Church. The body will remain at Brewer’s Funeral home until 10 a.m. Saturday when it will be taken to the home of his parents on Thorn Grove Road. Burial in Thorn Grove Cemetery with American Legion in charge. 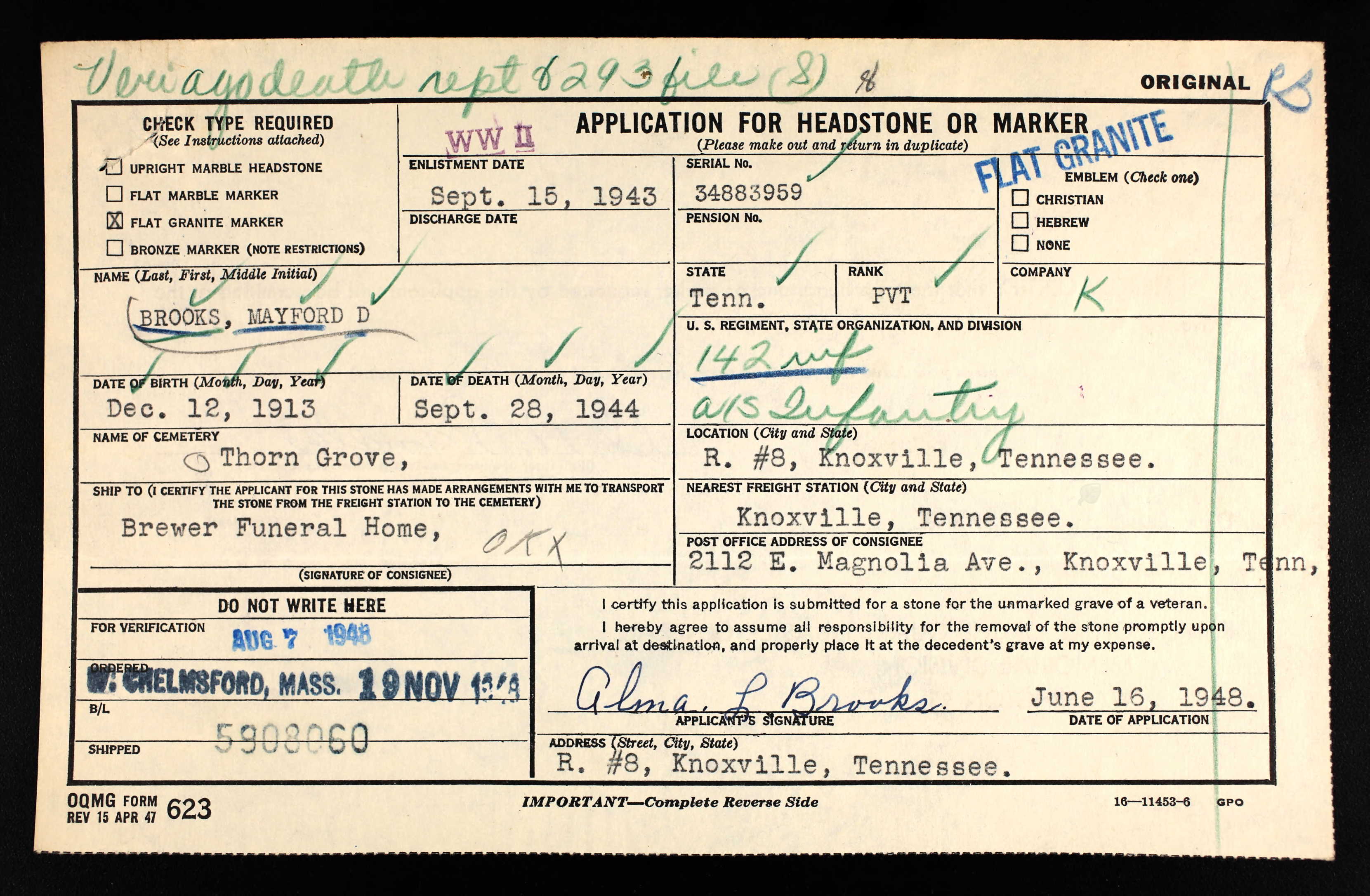 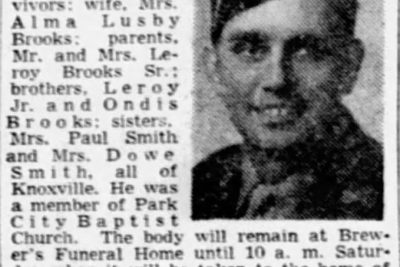 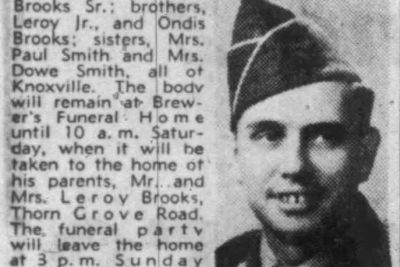