He was killed in action 21 March 1945 and is interred at the Ardennes American Cemetery, Neupré, Belgium, plot C, row 5, grave 31.

Aircraft B-17G with serial number 44-6552 Departed from Sterparone, Itlay on a combat mission to Routheast Goods Depot in Vienna.

Statement of 2nd Lt George A. Gammon, Co-Pilot of ship #44-8113:
I saw ship #44-6552, piloted by Lt. Venable, before, at the time of the flak hit, and all the way down after the flak hit. The plane was flying number four position in the high box. The plane was on the bomb run and no bombs had been dropped by the box when I saw the plane hit in the tail and rear waist section. Plane had right horizontal stabilizer missing and rudder was flapping out of control. Plane pulled up out of formation, did a slow roll and immediately started a tight spin. Plane went into a vertical dive and then into a tight spiral. When last seen plane was in a flat spin during which time one man jumped from the waist section, parachute partially opened. Plane was very low when last seen, seeming to have about three thousand to five thousand feet altitude. 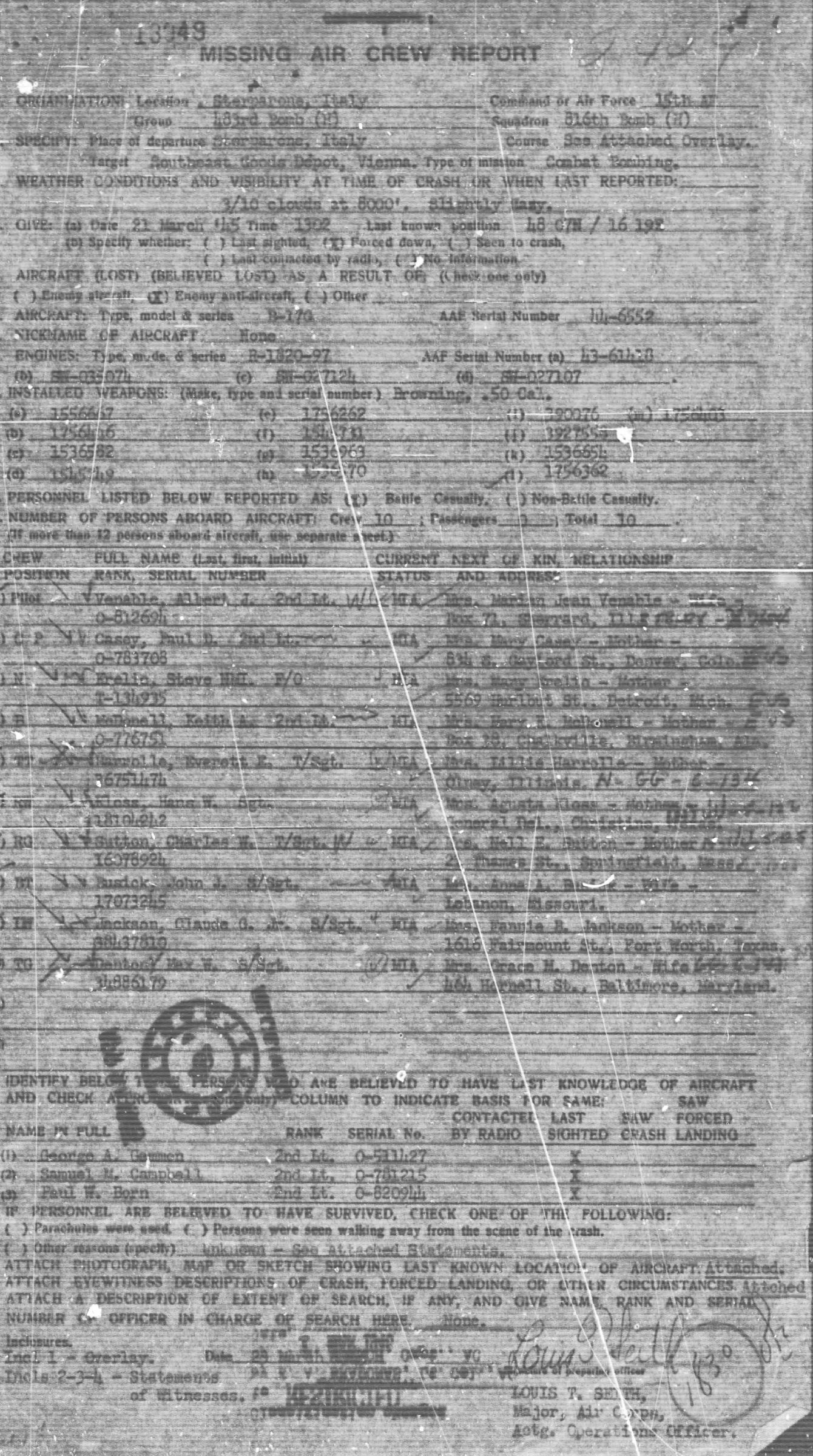 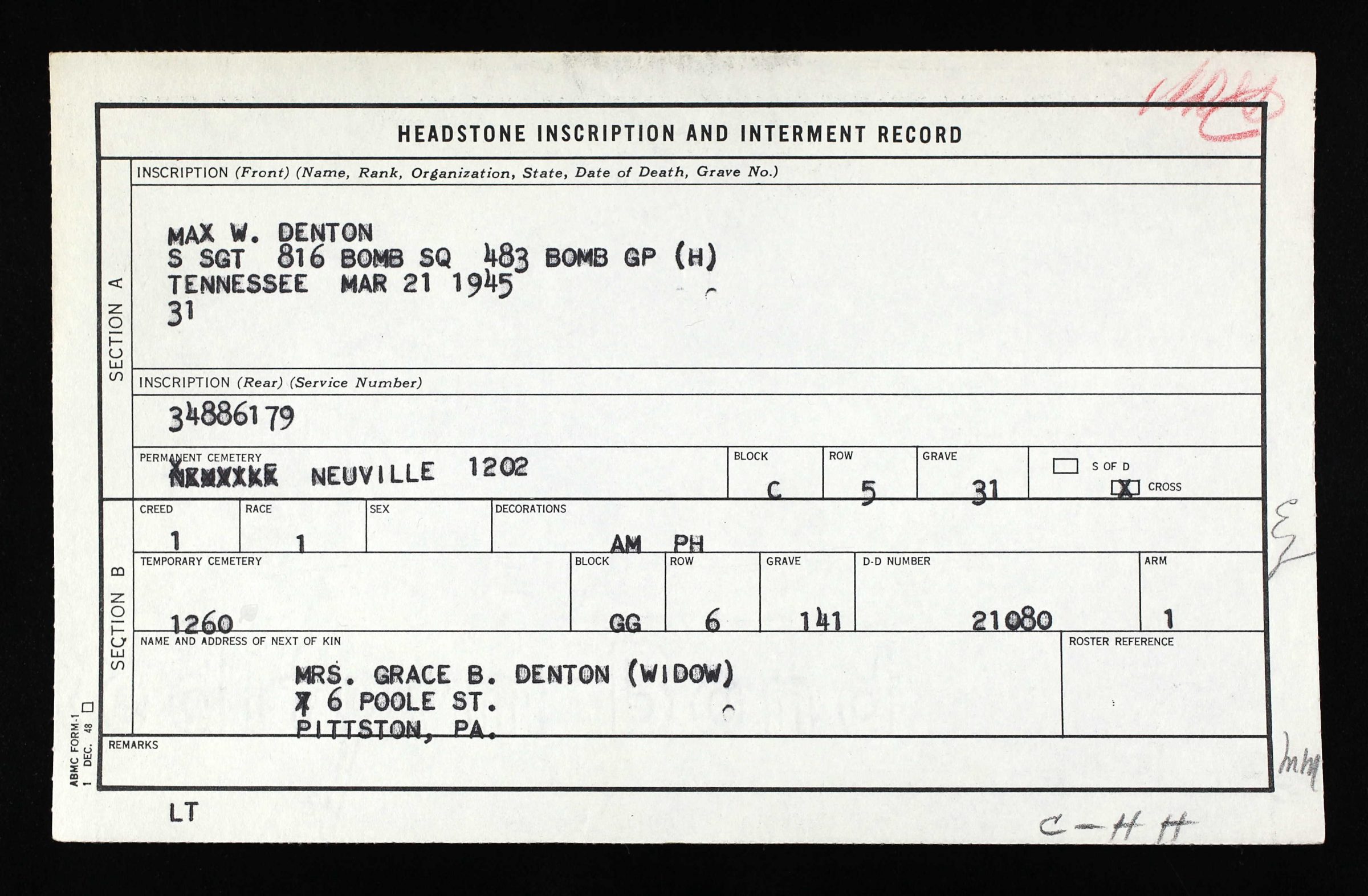