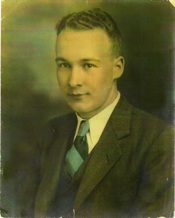 Husband of Agnes Coward of Monroe, LA, was killed during a rain and electrical storm when the plane that he was an instructor on crashed and burned. Matt was based at Monroe, LA, but the plane crash was in Winston County. He was born in 1916 and was a graduate of Knoxville Hight School in 1934. He graduated third in his class from the Army Air Navigation School where he became an instructor. He was buried March 31, 1944, at National Cemetery, Knoxville (Plot OFCR X-42A).
-Submitted by David E. Shaw 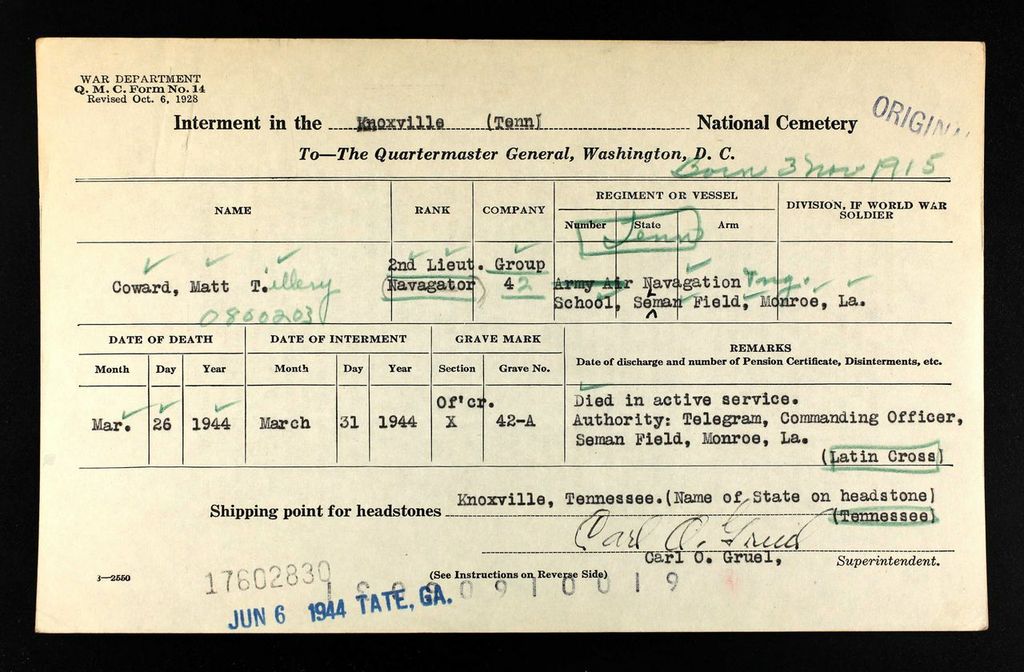 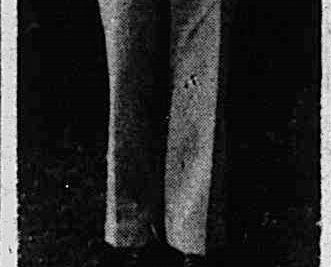 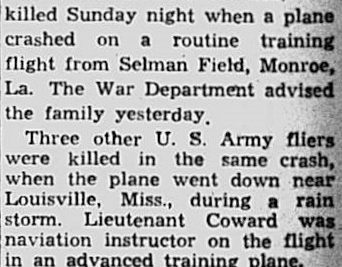 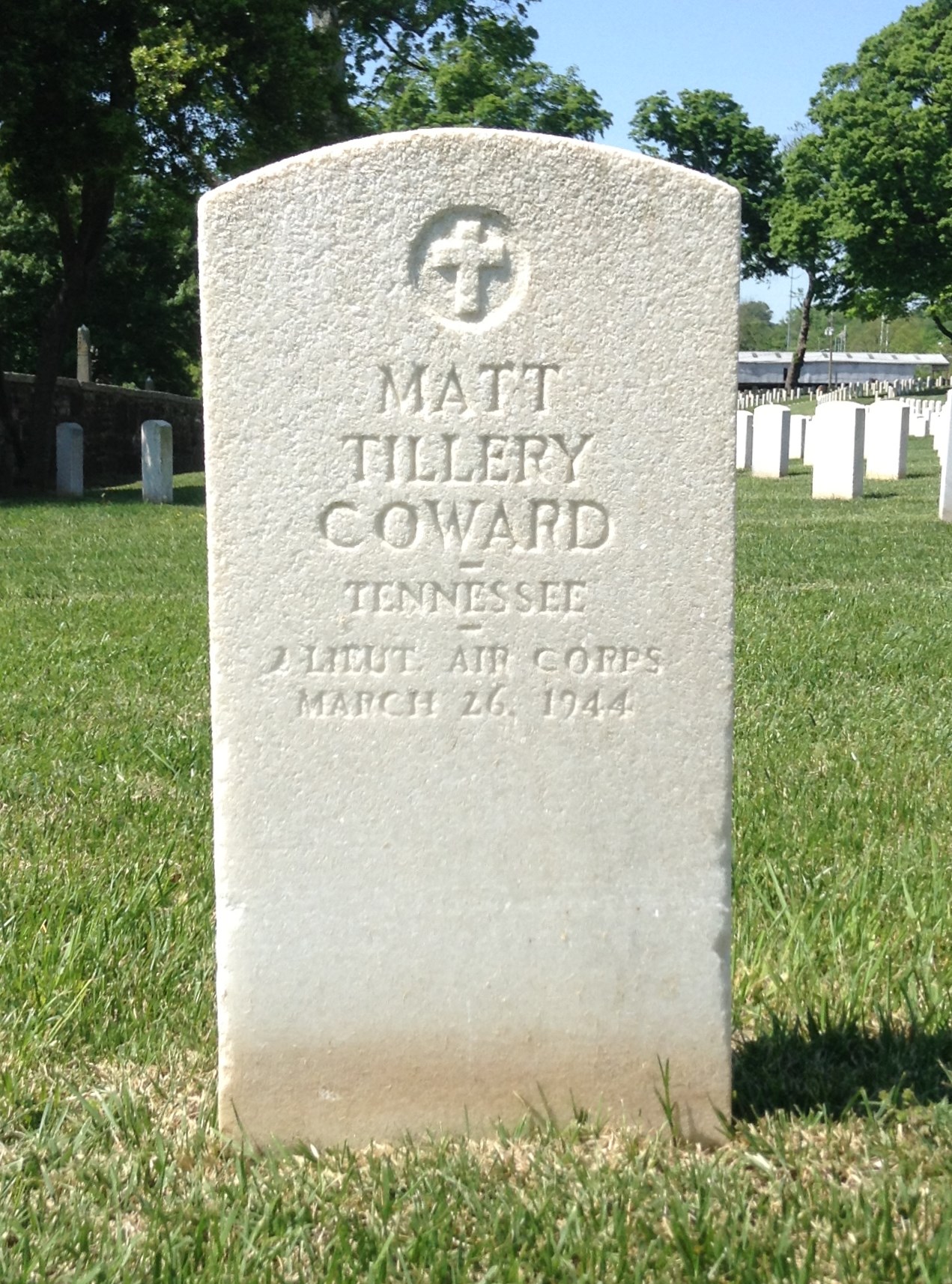