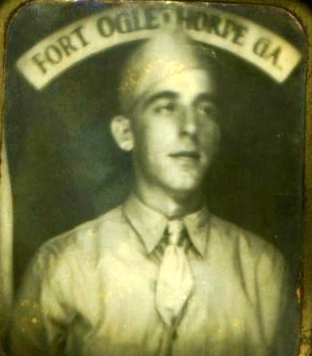 On 22 June 1943, Aircraft B-17E with serial number 42-5853 departed from Grafton-Underwood, England on a combat mission to Antwerp, Belgium. The aircraft was hit by Enemy Aircraft leaving the enemy coast and was observed making a gliding approach to the water half way across the English Channel. According to Sgt James L. Knutson, one of the three survivors, T-Sgt Galloway made an effort to get out of the ship but was unable to move about due to the centrifugal force. He was probably killed when the ship hit the water.
The body of T/Sgt Galloway washed ashore on 30 June 1943 at 13.00 hours, 1,5 km east of Zeebrugge. He was initially buried at the local cemetery at Zeebrugge/Westflandern in Belgium.

From ETVMA researcher Astrid van Erp:
“The inscription on his headstone explains that he is buried at Champigneul, France but this is not possible. The memorial stone was probably made just after the war.

Champigneul was a temporary U.S. Military Cemetery, located near Champigneul-Champagne, about 15 km west of Chalons-sur-Marne in Northern France. He was returned to the US and is buried in Tennessee. He was Protestant and most likely has a normal headstone, not a military headstone. My guess is that he is buried at the same cemetery where he has a memorial stone at Sunbright Cemetery; his father was buried there as well in 1958.” 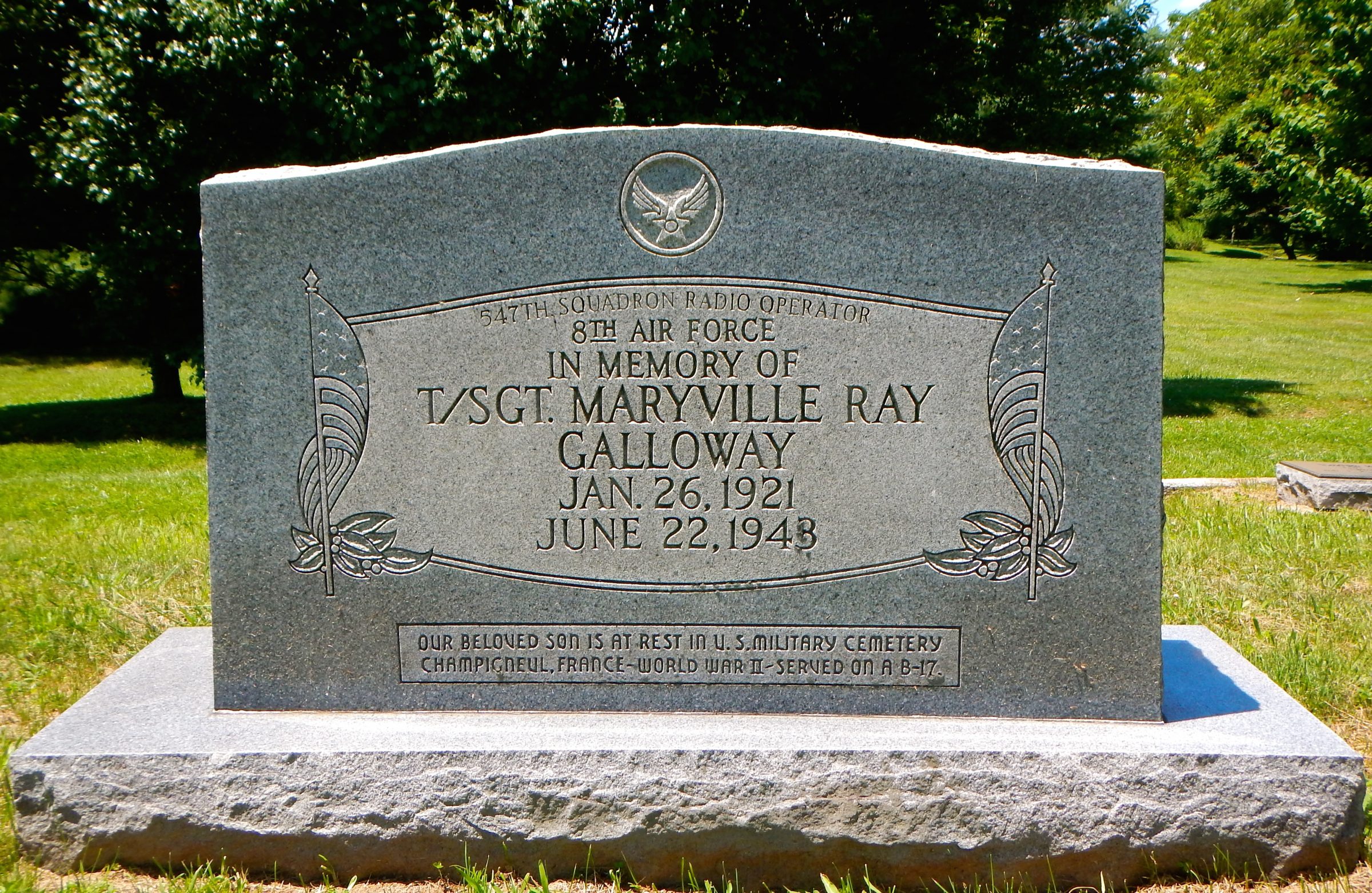 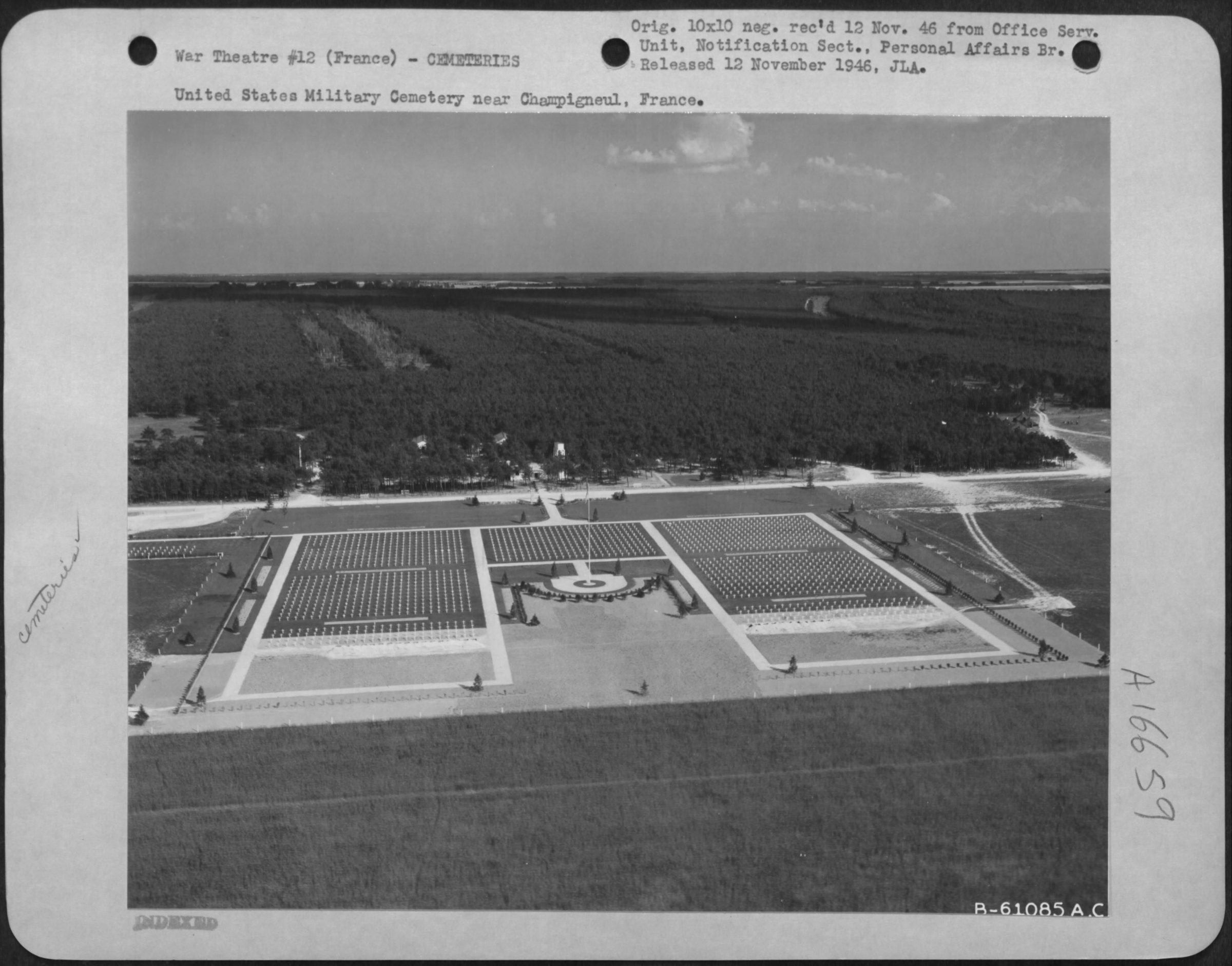 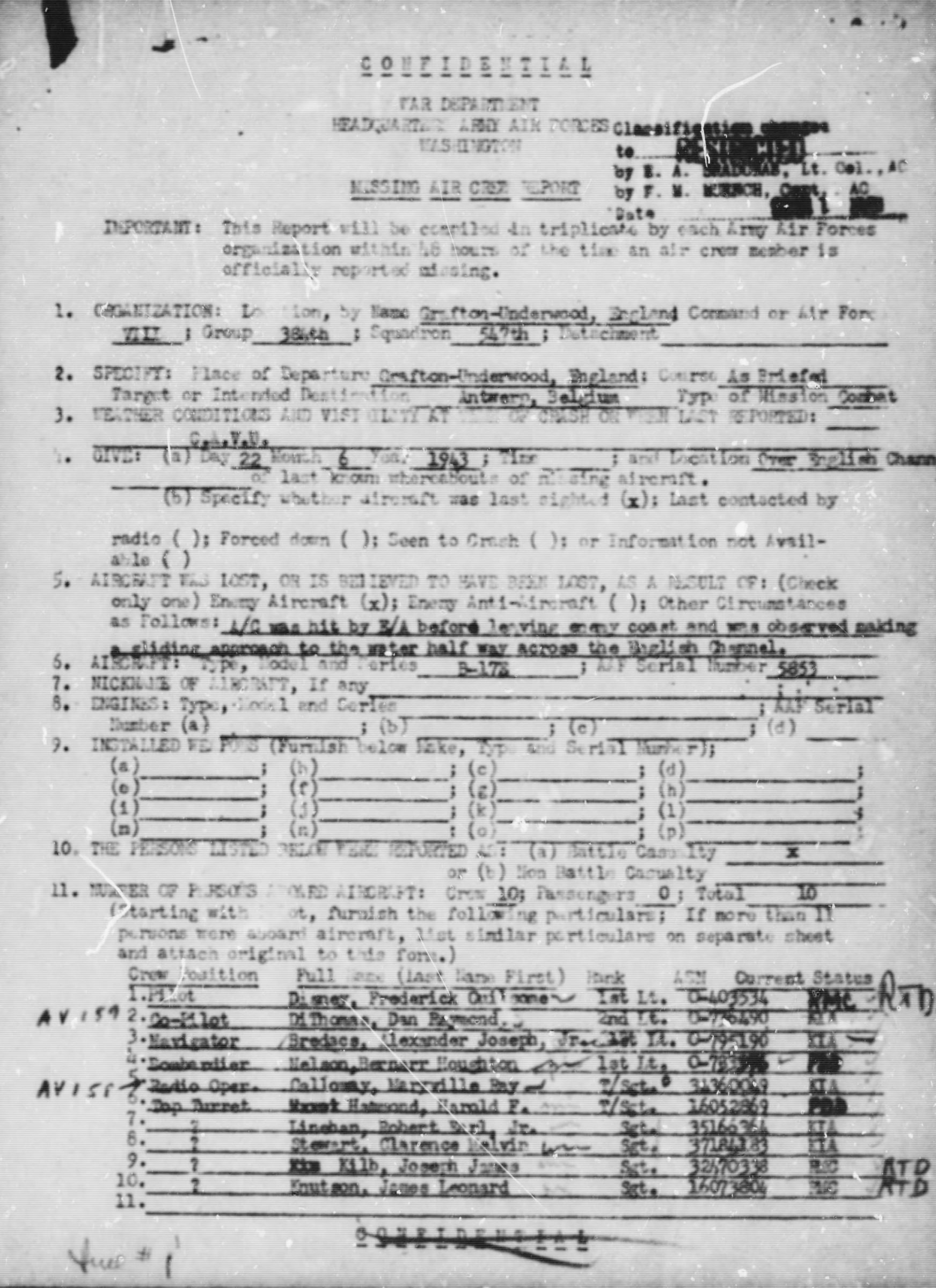