Marvin was born in Greeneville, Greene County, Tennessee on 27 September 1887. He moved with his father to Jonesborough, Washington County, Tennessee and considered it his home. Marvin enlisted in the United States Army in Jonesborough on 31 October 1918 and was assigned to the Medical Department, Base Hospital, Camp Zachary Taylor in Louisville, Jefferson County, Kentucky.

Marvin died of Lobular Pneumonia and Acute Myocarditis at the Base Hospital on 2 January 1919. He was taken to Newport, Cocke County, Tennessee via the Southern Railroad after stopping in Jonesborough to pick-up his parents. Marvin was interred at the Union Cemetery, Section 3-A, Lee Plot on 6 February 1919 in Newport.

Marvin was 31 years old and the son of Reverend Samuel Crawford Lee and Martha Isabelle Roder who were living on Rural Route #1 in Jonesborough at the time of his death. 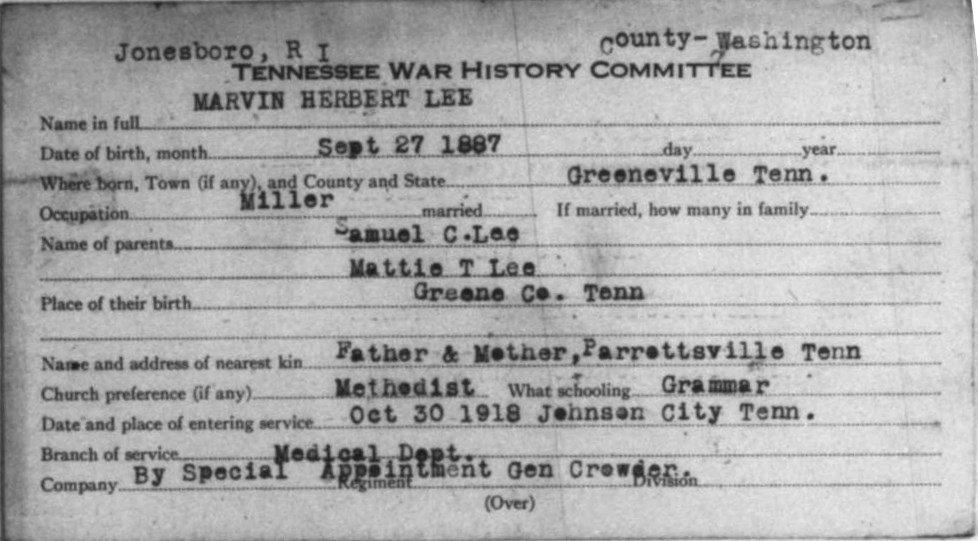 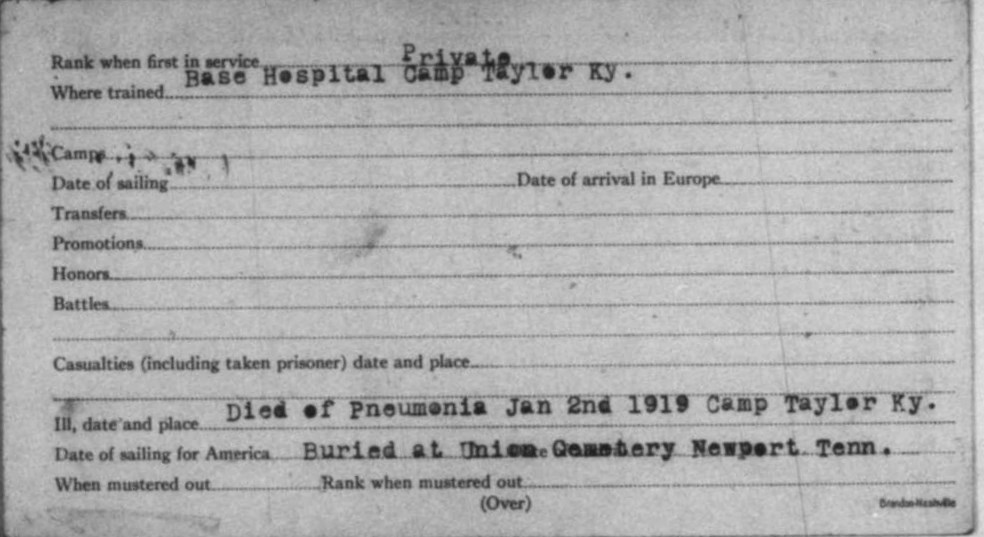 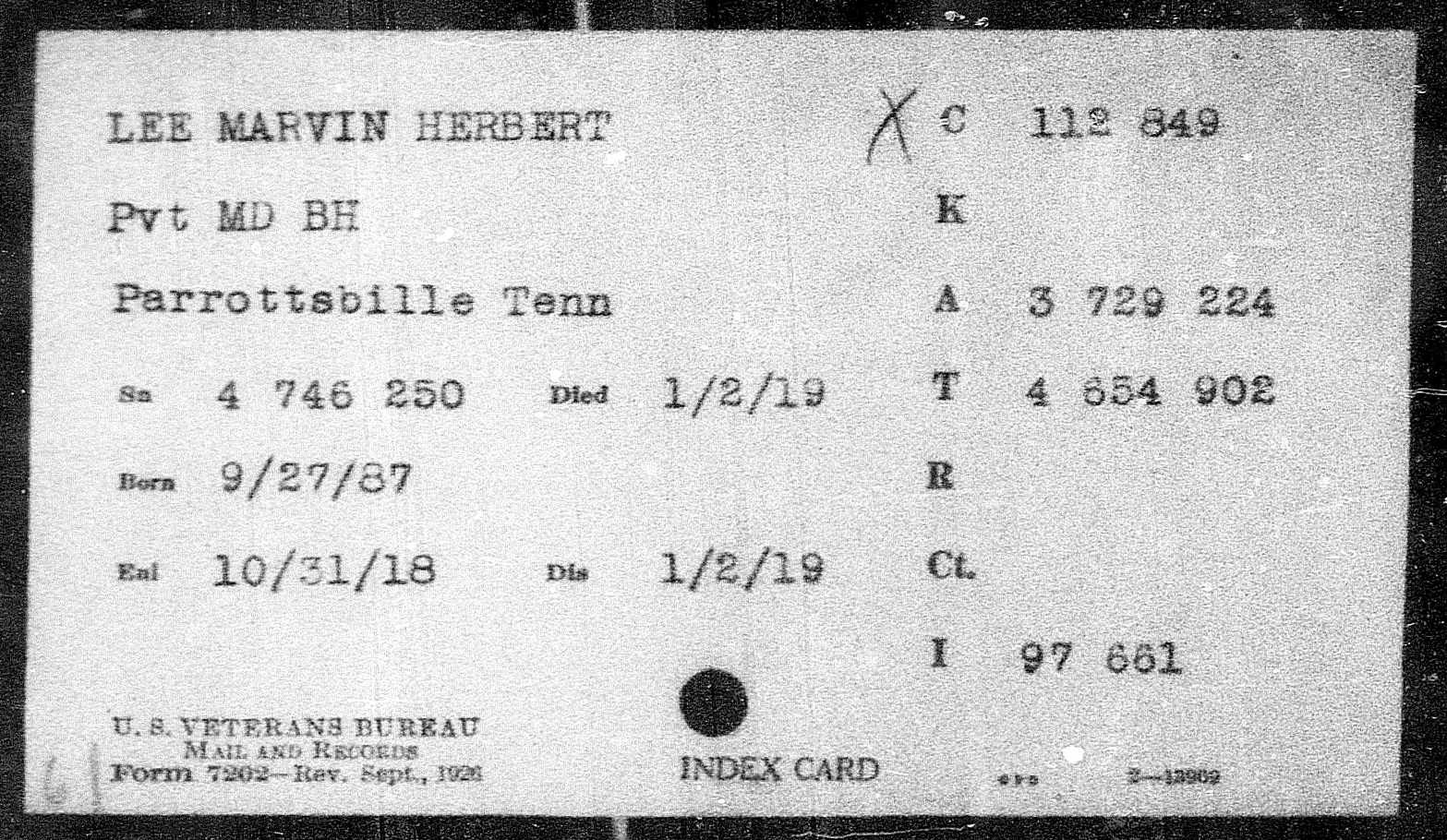 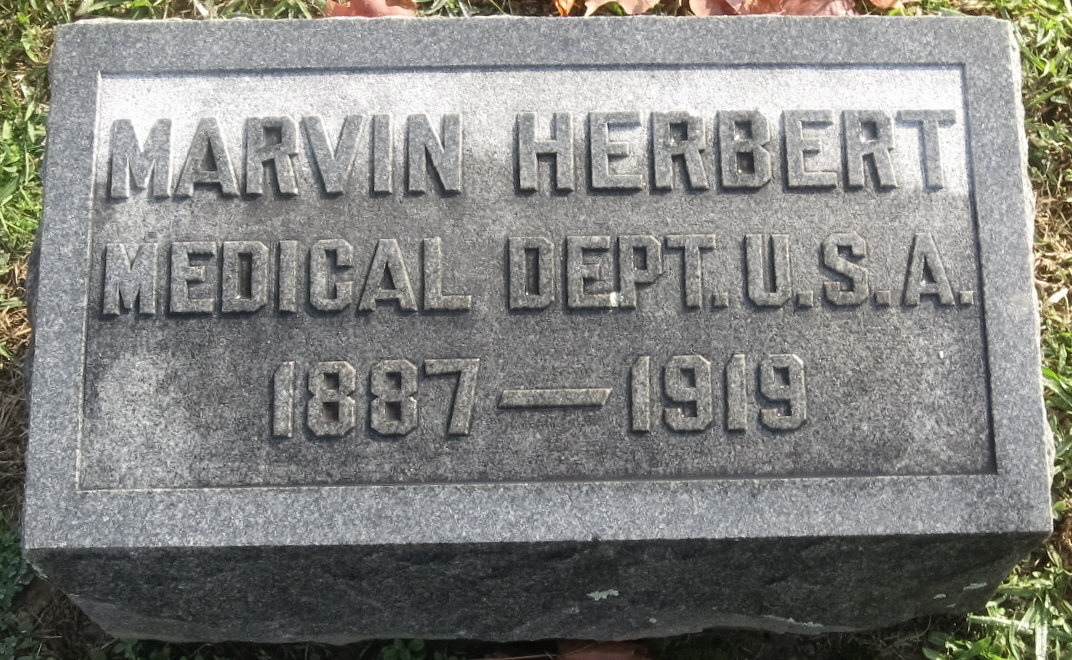