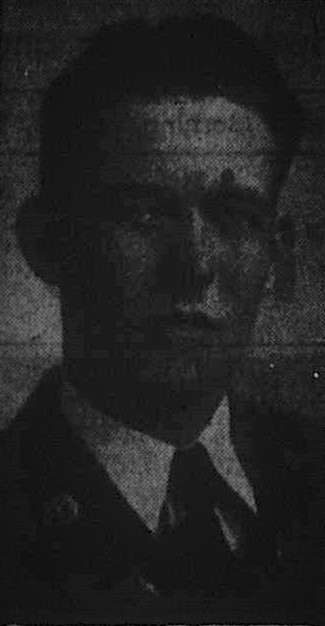 S/Sgt Helbert served in the European theater in Normandy. He was awarded the Combat Infantryman Badge and Purple Heart.

Bristol Herald Courier, My 9, 1948
Body of Staff Sergeant Marvin H. Helbert, who was killed July 12, 1944, in the American invasion of France, arrived in Bristol Thursday and funeral service will be conducted at 2:00 p.m. today to the North Bristol Baptist Church, of which he had been a member.
Sergeant Helbert entered active service with Bristol’s Company D, 117th Infantry Division, at Fort Jackson, S.C. on September 16, 1940, and served with that unit until the time of his death. Following maneuvers in Middle Tennessee in late 1943, his company moved to camp Atterbury, Ind., and from there was sent to England in February, 1944. In June of that year his division crossed the English Channel into France, making its first contact with the enemy in the crossing of the Vire River.
Sergeant Helbert, a graduate of Bristol, Va., high school, class of 1940, is survived by his mother, Mrs. Pearl Helbert; one son, Marvin H. Helbert Jr.,; one brother, James Helbert and one sister, Mrs. Leroy Brown, all of Bristol. 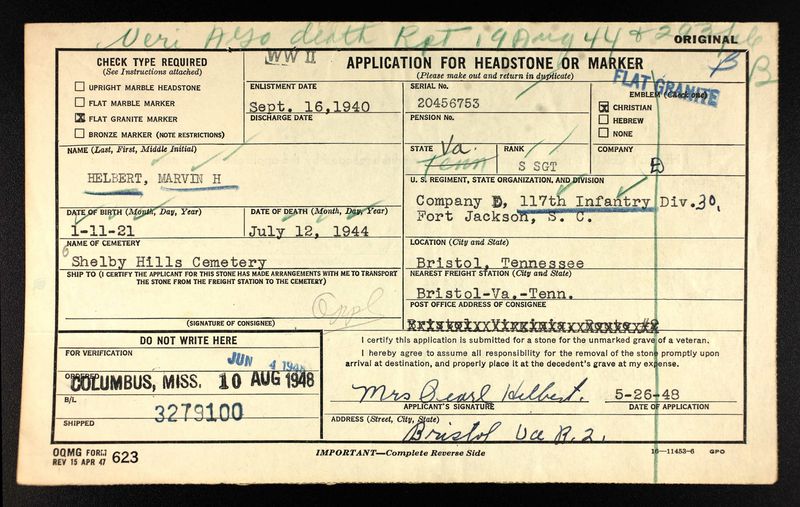