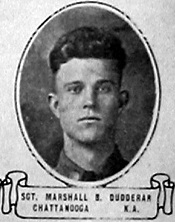 Marshall Barron Dudderar was born in Corbin, Kentucky. He died at the age of 19.

Sgt Dudderar was initially buried at the American Cemetery, Bony, Aisne in France.

The President of the United States of America, authorized by Act of Congress, July 9, 1918, takes pride in presenting the Distinguished Service Cross Posthumously to Sergeant Marshall B. Dudderar ASN 1309120, United States Army, for extraordinary heroism in action while serving with Company K, 117th Infantry Regiment, 30th Division, A.E.F., near Geneve, France, 7 October 1918. Taking command of his company after the company commander had been wounded, Sergeant Dudderar led his men forward in the face of intense fire until further advance was impossible, when he proceeded alone for 25 yards, exposing himself in full view of the enemy in an effort to draw fire and thus locate a machine-gun nest that was causing losses. He returned with the desired information, but in the advance he was mortally wounded and died shortly afterward. War Department, General Orders No. 21 1919 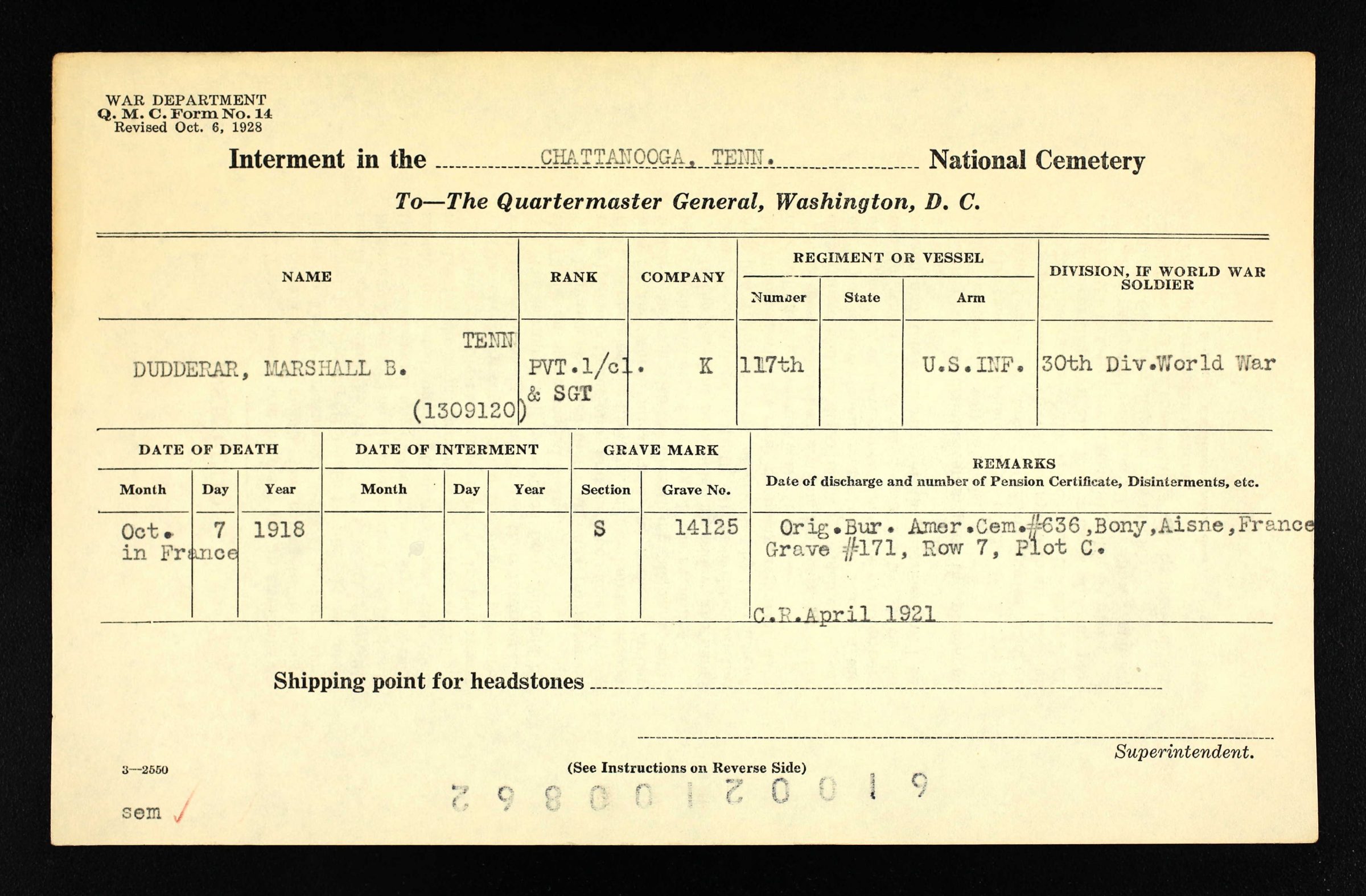 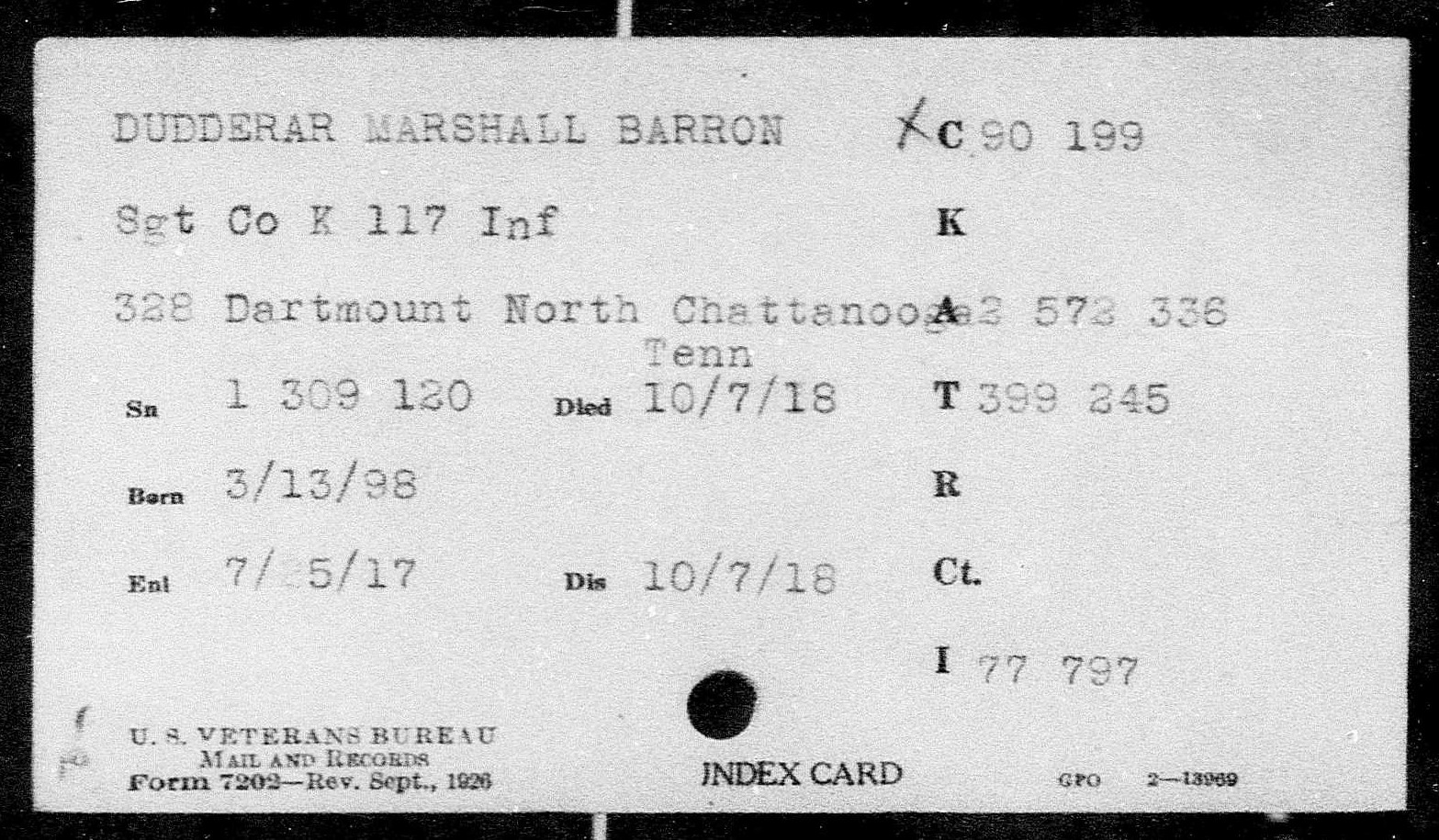 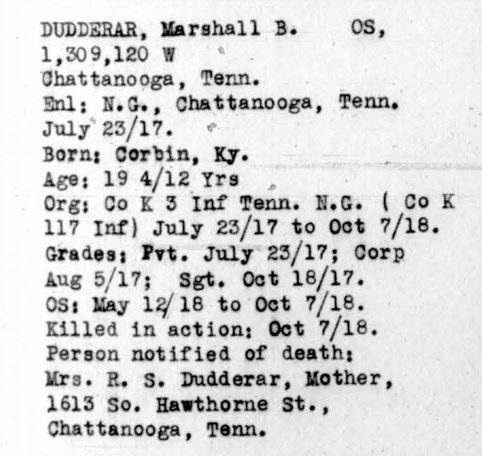 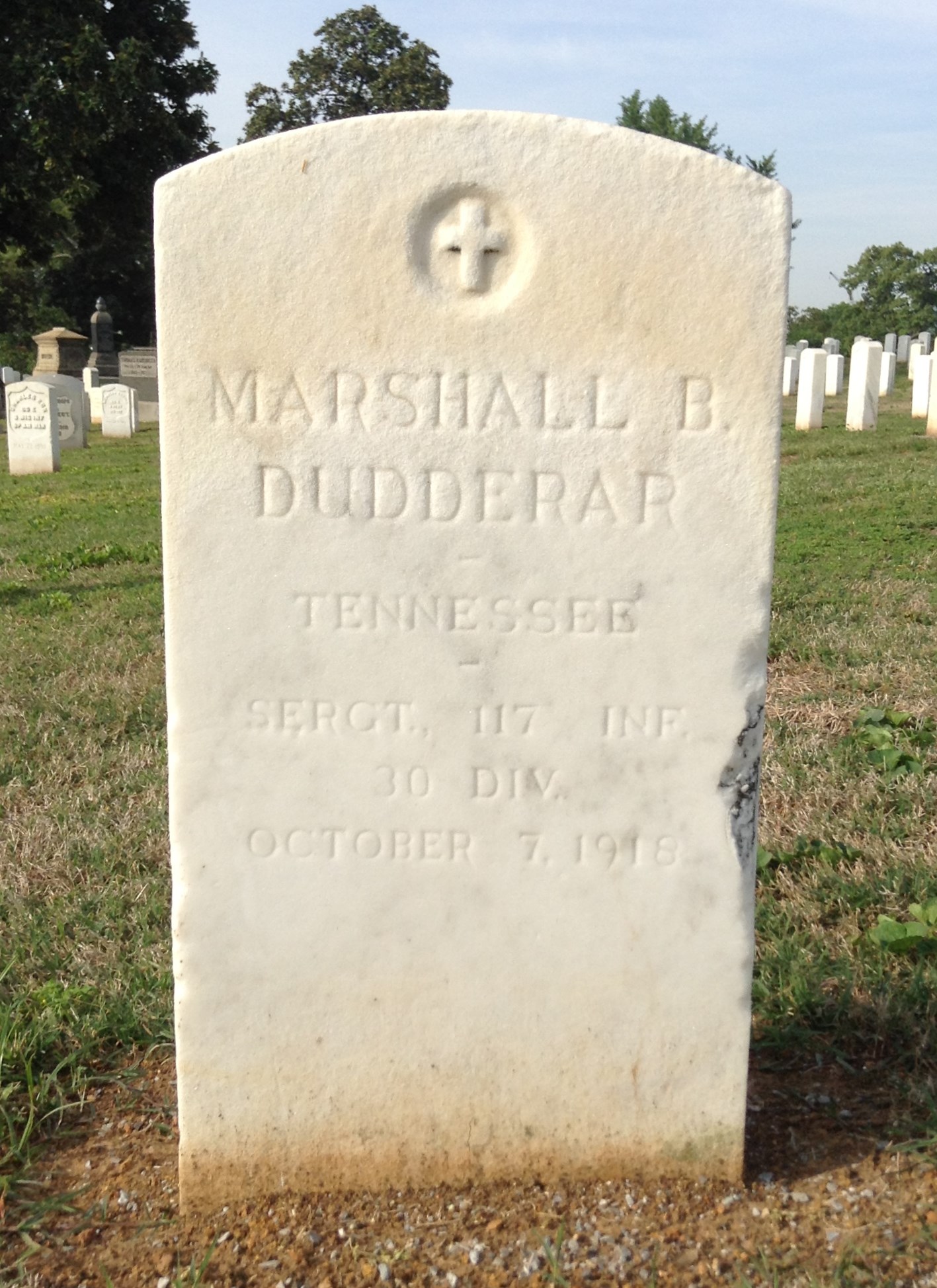