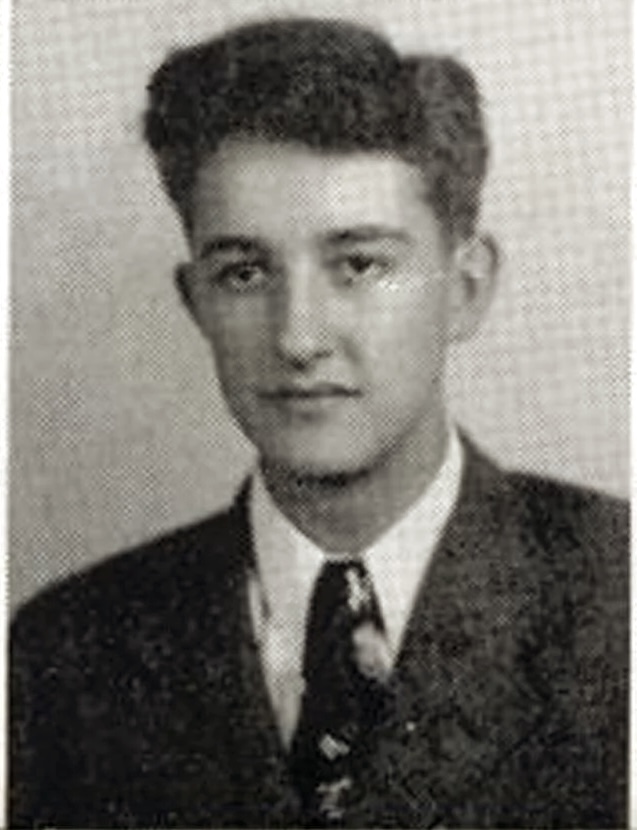 In November 1944, Wilson was in Kommerscheidt, Germany, in the Hürtgen Forest along with his battalion. He was assigned to Company A, 1st Battalion, 112th Infantry Regiment, 28th Infantry Division.

On Nov. 8, he was reported missing in action. According to the Defense POW/MIA Accounting Agency(DPAA), his body was unable to be recovered and he was never reported as a prisoner of war by the Germans. After the war, Wilson was declared killed in action.

Following the end of World War II, the American Graves Registration Command worked to recover missing American personnel in Europe. Between 1946 and 1950, they conducted several searches in the Hürtgen area. However, DPAA shared that they were unable to recover or identify Wilson’s remains. In November 1951, he was declared non-recoverable.

While looking into unresolved American losses in the Hürtgen area, a DPAA historian determined a set of unidentified remains recovered from Kommerscheidt in April 1947, possibly belonged to Wilson. The remains were disinterred in July 2021 and sent to the DPAA laboratory at Offutt Air Force Base, Nebraska, for identification. The remains had been buried in the Ardennes American Cemetery, an American Battle Monuments Commission site in Neuville-en-Condroz, Belgium, in 1949.

Wilson is memorialized on the Tablets of the Missing at Henri-Chapelle American Cemetery, an American Battle Monuments Commission site in Plombières, Belgium, along with the others still missing from World War II. DPAA shared that a rosette will be placed next to his name to show he has been found.

Wilson is one of several Tennessee soldiers killed in the Hürtgen area whose remains have been identified by DPAA. Pvt. Warren G.H. DeVault of Rhea, killed during the Battle of Hürtgen Forest, was accounted for on Sept. 14, 2020. Army Pfc. William F. Delaney of Kingston was accounted for on Dec. 17, 2018. Army Pfc. Lewis E. Price of Rogersville was identified in Sept. 2018. All four men are believed to have died in Nov. 1944. 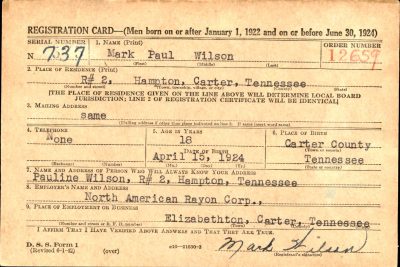 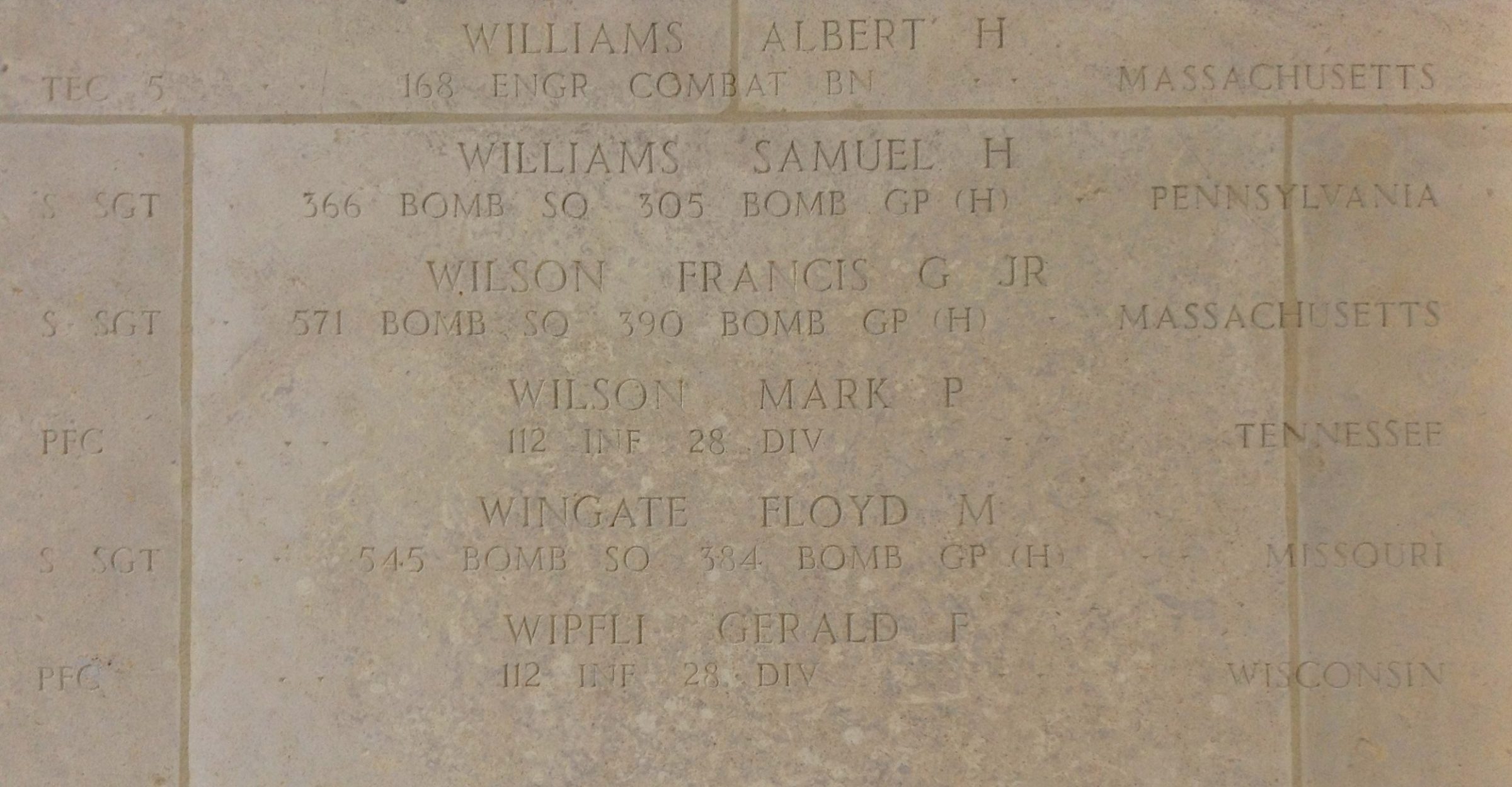 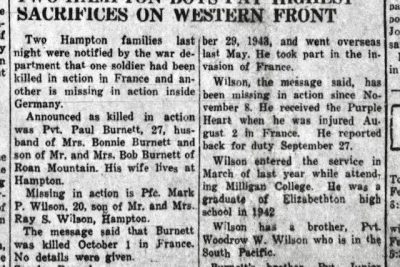 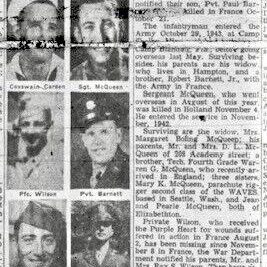