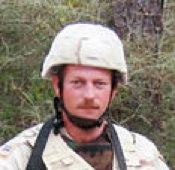 Mark Oscar Edwards was born in Detroit, Michigan, September 17, 1964. He began his military career August 10, 1983, training as a Tank Crewman. After completion of his initial training and subsequent graduation, he was stationed in Germany for the next 18 months. After completing his time active duty, Mark Edwards enlisted in the Tennessee Army National Guard on July 1, 1986. He was assigned as a Tank Crewmember to Company H, 2278th Armored Cavalry Regiment in Erwin, Tennessee, where he continued to work, learn, and train and eventually reached the position of Tank Commander.

SFC Mark O. Edwards was mobilized with Company H, 2278th Armored Cavalry Regiment in support of Operation Iraqi Freedom III on June 17, 2004. After intense training at Camp Shelby, Mississippi, and National Training Center, Fort Irwin, California, SFC Edwards was deployed to Fob Bernstein near the city of Tuz, Iraq, where he lost his life in the line of duty on June 9, 2005 with non-combat related causes.

At the time of his death, Mark Edwards was 40 years old, having selflessly served 22 of those years in the military. He left behind a wife, Kimberly, a son, Mark Andrew Drew, and a stepdaughter, Whitney Dayton.

On May 19, 2006 Tennessee Governor Phil Bredesen signed a bill from the Tennessee Legislature honoring the memory of Staff Sergeant Mark O. Edwards of Unicoi with a memorial bridge located on State Route 840 in Rutherford County, Tennessee. State Route 840 was designated in the Public Acts of 2005 as the Tennessee National Guard Parkway and has several intersections and bridges dedicated to the memory of fallen Tennessee National Guardsmen. The Staff Sergeant Mark O. Edwards Memorial Bridge was dedicated September 28, 2007 and is located on State Road 840 at the crossing of Fall Creek in Rutherford county. 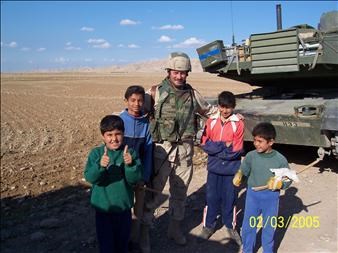