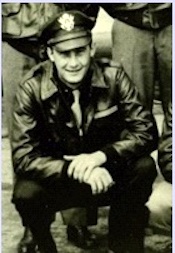 On 19 May 1944 aircraft B-17G with serial number 42-38026 was on an operational bombing mission to Kiel, Germany. The aircraft was shot down over Kiel and exploded in mid-air near Kiel. Lt Hagan didn’t bail out. S/Sgt Henson was the only survivor. 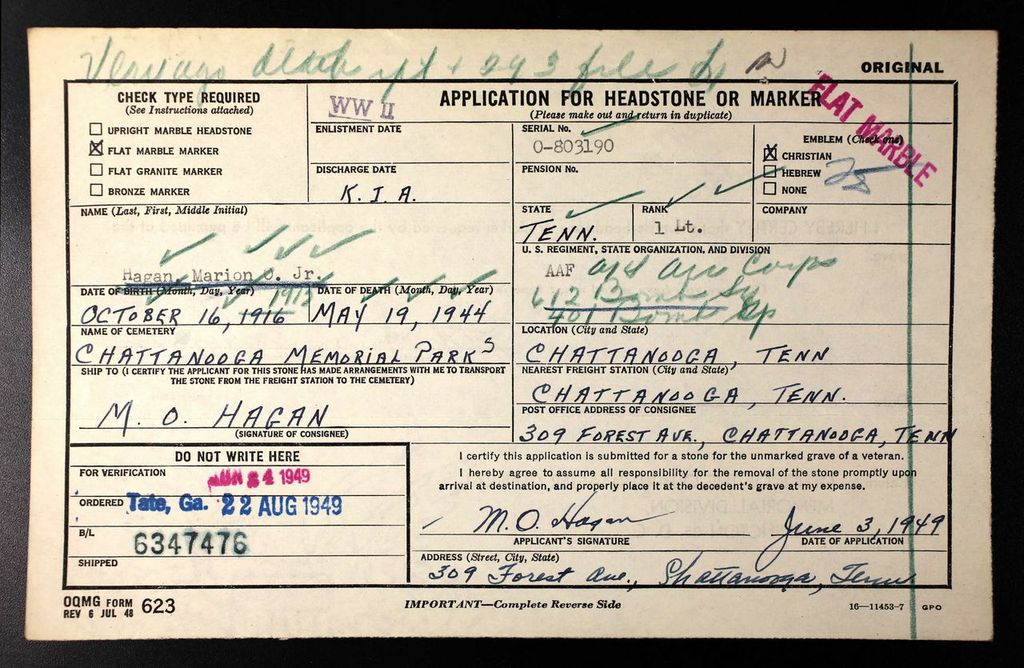 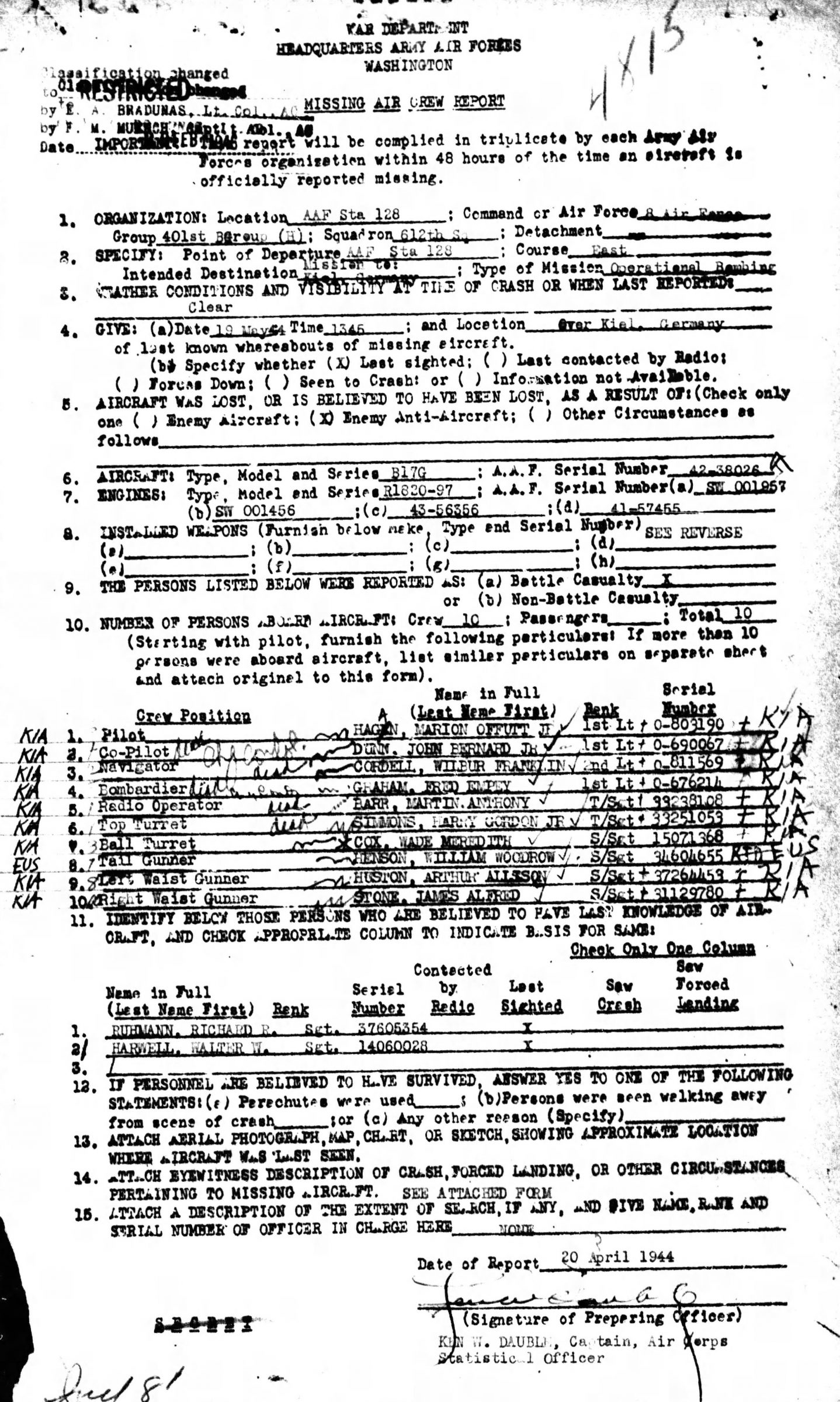