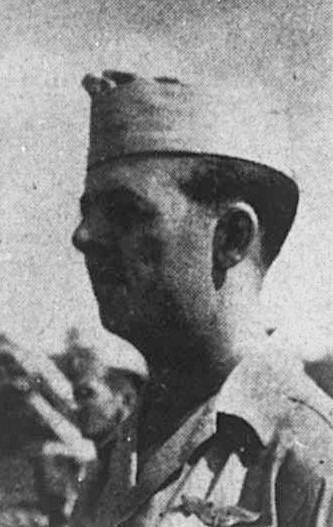 Statement of Lt. Rogert G. Neal, Pilot on ship No. 115, who was credited as the person who saw Capt Johnson make a crash landing in China Sea:

Our ship was on Capt. Johnsons right wing as we began our attack on a probable CL. We started the pass at about 2,000 yards out at 1500 feet, but were at 200 feet when 500 yards out. Capt. Johnsons  plane made a straight in approach with no evasion whatsoever. His nose guns failed to fire and we were in such a position that we were unable to cover him with ours. Intense light fire (20mm – .50 cal) was coming from the ship. Capt. Johnson’s airplane was hit either just before passing over the ship or right over the ship. We noticed fire shooting from the left nacelle and bomb bay. Capt. Johnson proceeded to climb to about 1000 feet, his ship still burning badly. He flew at about 1000 feet for about 15 seconds, then he proceeded to make a water landing. It appeared that he had control of the airplane at all times. He made a perfect crash landing in a very rough sea. The plane continued to burn until it sank, about 8 seconds later.

Rogersville Review, May 3, 1945
Staff Sergeant Marion G. Collier, 25, son of Mr. and Mrs. N.E. Collier of Surgoinsville, is shown being presented the Air Medal for meritorious achievement while participating in aerial flight and the Purple Heart for wounds received in action. The presentation was made by brigadier General Jarred V. Crabb, commanding general of the 5th Bomber Command in the Philippines.
He was awarded the medal by Lt. General George C. Kenney who said the following: “Your son took part in sustained operational flight missions during which hostile contact was probable and expected. These flights included bombing missions against enemy installations, shipping and supply bases and aided considerably in the recent success in this theatre.”
Note: The following story about S/Sgt Collier was just recently received from the Fifth Air Force in the Philippines. Staff Sergeant Marion G. Collier, 24, son of Mr. and Mrs. N.E. Collier of Surgoinsville, was a turret gunner aboard B-25 of the Air Apaches, crack 345th Bombardment Group of the 5th Air Force, which destroyed a 2500 ton Japanese tanker recently off the India China coast. Lieut. Karl N. Thomas, pilot, of Arlington, Minn, strafed the vessel thoroughly on the approach and scored a direct hit with a 500-pound bomb as the plane passed over the tanker at mast height. The terrific explosion and fire that followed resulted in the total destruction of the enemy vessel. Sergeant Collier and his crew have been recommended for the Air Medal for this mission.
A native of Surgoinsville, Sgt Collier is an alumnus of the Surgoinsville High School and attended Draughon Business College, Knoxville. He was a paper inspector for the Mead Corporation, Kingsport, before entering the Army Air Forces in March, 1942.
Overseas 11 months, Sgt Collier has flown 28 missions totaling 185 combat hours over enemy installations in New Guinea, the Celebes, the Halmaharas, the Philippines, Formosa and China. 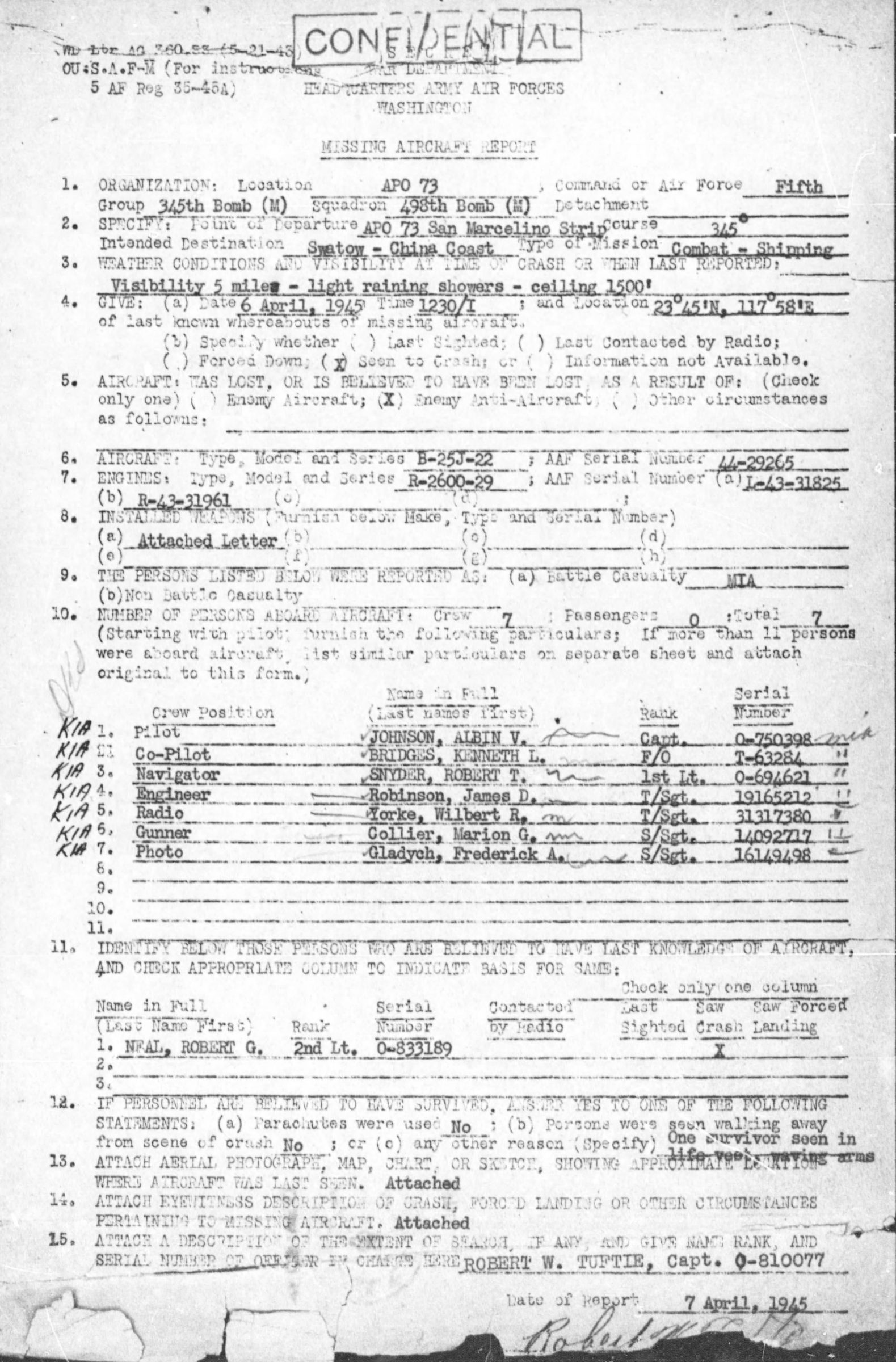 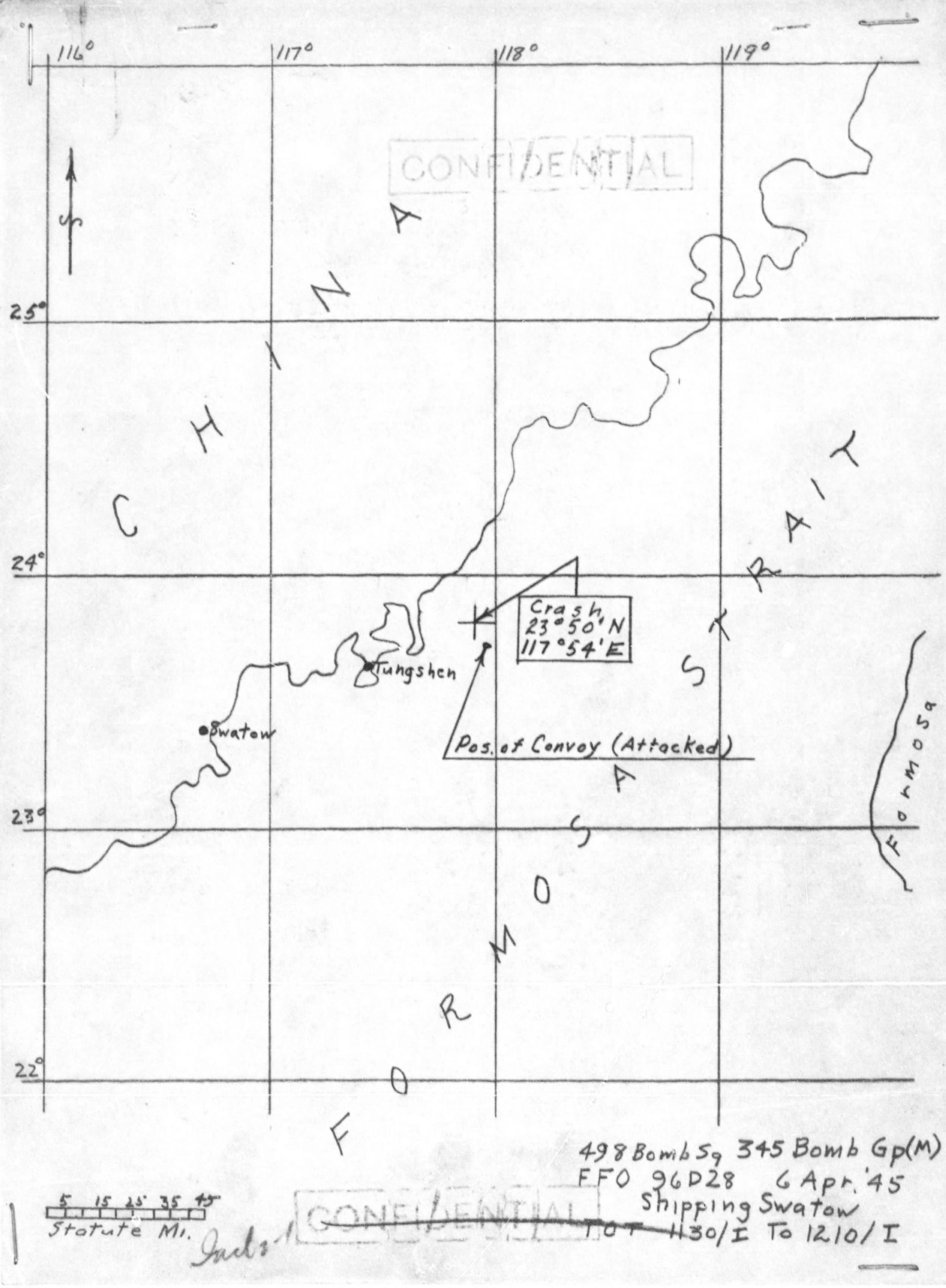