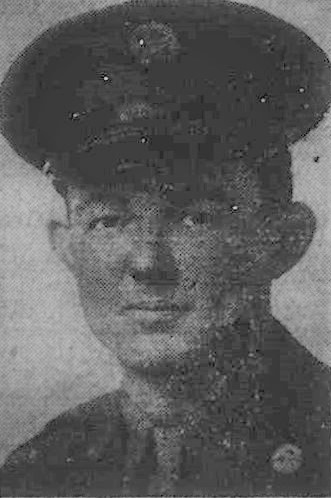 Scott County news, October 20, 1944
Pfc. Marion C. Ellis was killed in action in Italy on September 20, according to a wire received from the War Department by his mother, Mrs. Maude Ellis, of Route 1, Oneida. Pfc. Ellis, who was 23 years of age, had worked for the Highway Department before entering the service in October, 1942. He had been overseas since July with the Fifth Army in Italy.
His last letter home from somewhere in Italy written on Sept. 17 was in part as follows:
Dear Mother: just a few Lines this morning as I was brought back from the Lines last night for a few days rest. I am just sitting around. Mother don’t worry over me for I am O.K. An artillery Shell bursted close by me and deafened my ear, as I jumped over and embankment and hurt my leg. So that’s nothing to worry about, but I would give the world, if I owned it, to be home with the war over. If I don’t write to the boys tell them I am O.K. Tell Louise (his little niece 9 years old) hello for me. I will close. Good-bye and be good. Your son, Pfc. Marion C. Ellis.
He is survived by his mother, Mrs. Maude Ellis; four brothers, John, C. H., Howard and Murley of Oneida; two sisters, Mrs. Ruth Bond of Oneida and Mrs. Eva Sageser of Ludlow, Ky. He was a likeable boy and leaves a large number of relatives and friends. 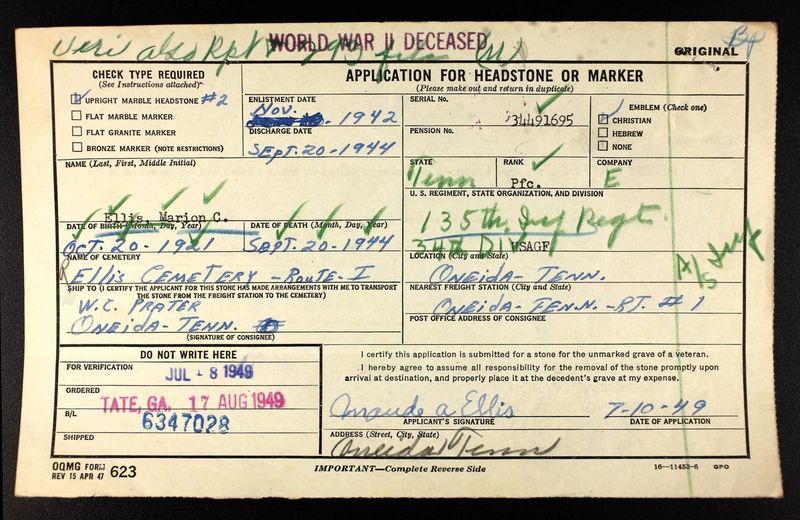 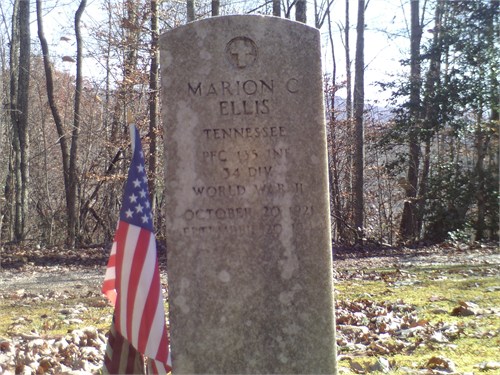