Marion Bruce Cox was born 25 May 1925
He was killed in action March 5, 1945 in Germany
Buried at Woodlawn Cemetery, Knoxville, TN 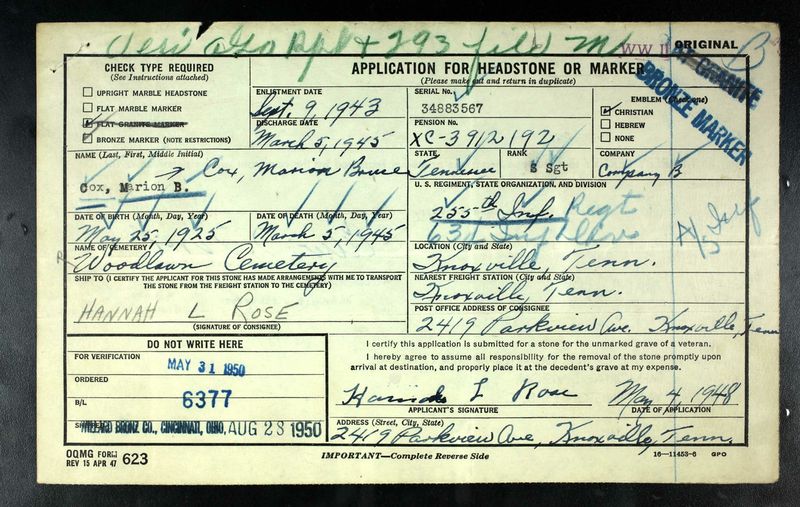 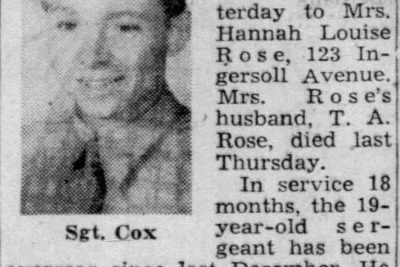