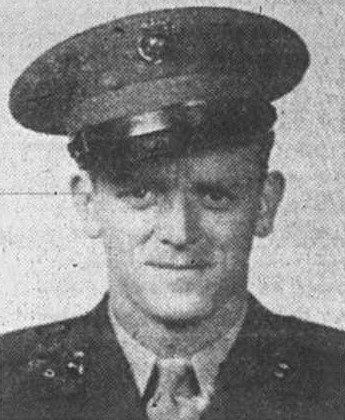 The Maryville Enterprise, March 16, 1944
Marion B. Cooper, 22, son of Mr. Max Cooper of 317 Perkins St. Alcoa, won his Navy “Wings of Gold” and was commissioned at Second Lieutenant in the Marine Corps Reserve last week following completion of the prescribed flight training course at the Naval Air Training Center, Pensacola, Fla., the “Annapolis of the Air.” Having been designed a Naval Aviator, Lieutenant Cooper will go on active duty at one of the Navy’s air operational training centers before being assigned to a combat zone.

The Maryville Enterprice, 29 March 1945
Second Lieutenant Marion B. Cooper, USMC was killed in an airplane crash at Mindanao in the Philippine Islands on March 8, his parents, Mr. and Mrs. Max Cooper were notified by the War Department.
Lieutenant Cooper was twenty-three years old. He attended the University of Tennessee and Duke University. At the time he entered the service, he was working at the Aluminum Company of America. Taking his pre-flight training at the University of Georgia, Lieutenant Cooper also trained at Memphis, before winning his wings at pensacola in 1944. He was then sent to Jacksonville, Florida for further training. Lieutenant left for overseas duty from California in September. He had many friends in the community. He was the only son of Mr. and Mrs. Cooper. 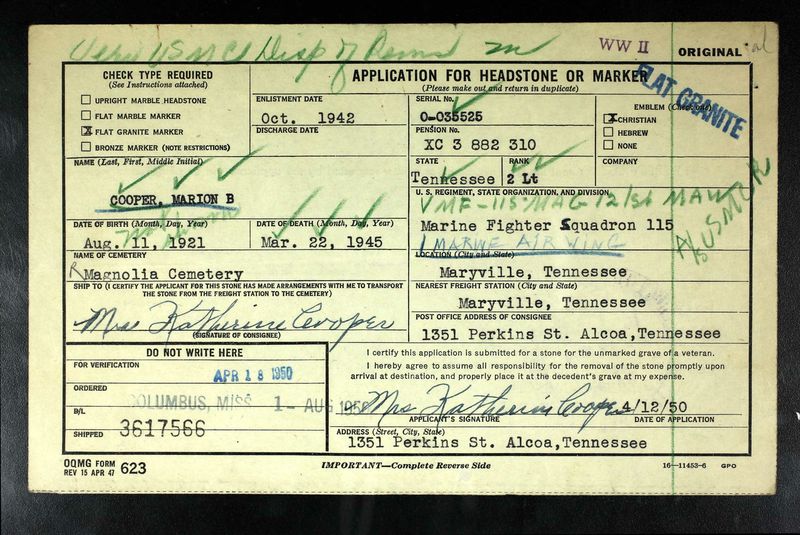 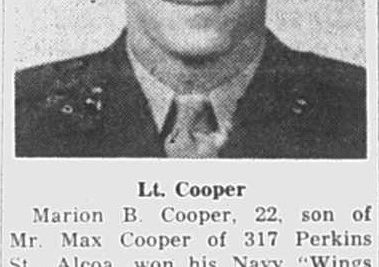 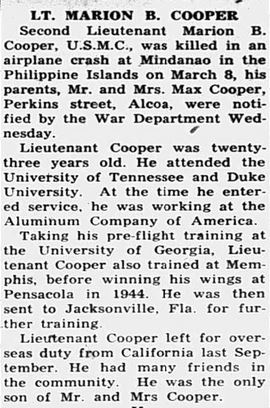