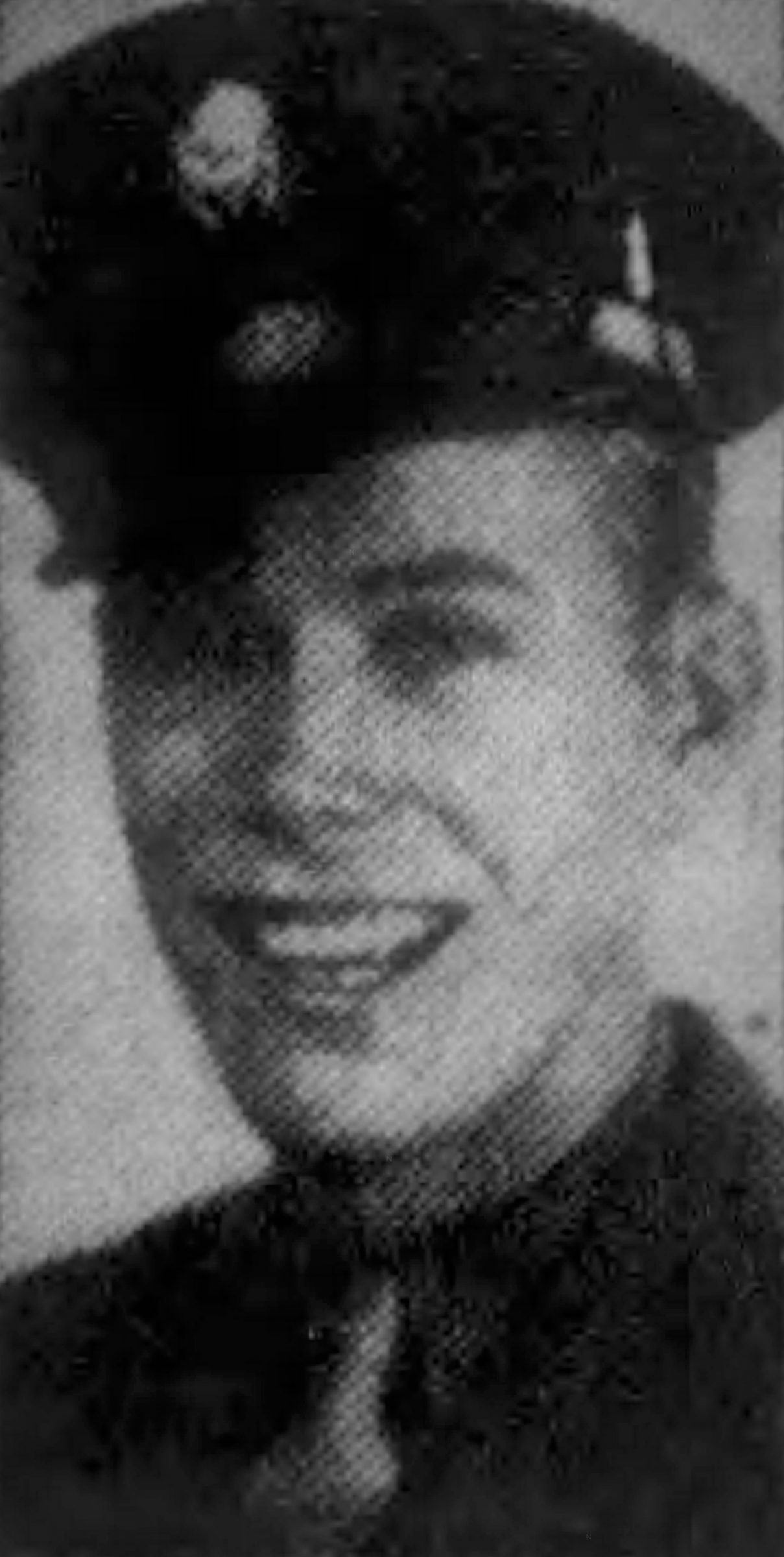 Technical Sergeant Malcolm Leland Elliot was the son of Leland Dewey Utley Elliott and Della Jane Piles Elliott. He had two sisters, Winifred Madolyn Elliott and Virginia S. Elliott. He was married and worked as a salesperson. He enlisted in the military on August 12, 1942 in Fort Oglethorpe, Georgia. He was killed in action on November 5, 1943. He is buried in Andersonville Cemetery, Clinton, TN.

The Knoxville Journal, July 16, 1943
Tech. Sgt. Malcolm L. Elliott, son of Mr. and Mrs. L.D. Elliott, Andersonville, Tenn., was recently promoted from staff sergeant. Elliott is stationed at the Army Air Base at Alamagordo, N.M. He has returned to his station after spending a few days with his parents and wife, who was the former Louis Norton. Before entering the service last August, Elliott was employed by a department store.

Aircraft B-24H with serial number 42-7490, nicknamed Big Assed Bird, was on a bombardment mission to Munster, Germany.
The ship was seen about 5,000 feet below the formation, in trouble. One observer reports the plane being followed down by enemy aircraft and stated that B-24 was in flames. In all, 4 chutes were seen to open, drifting northward. 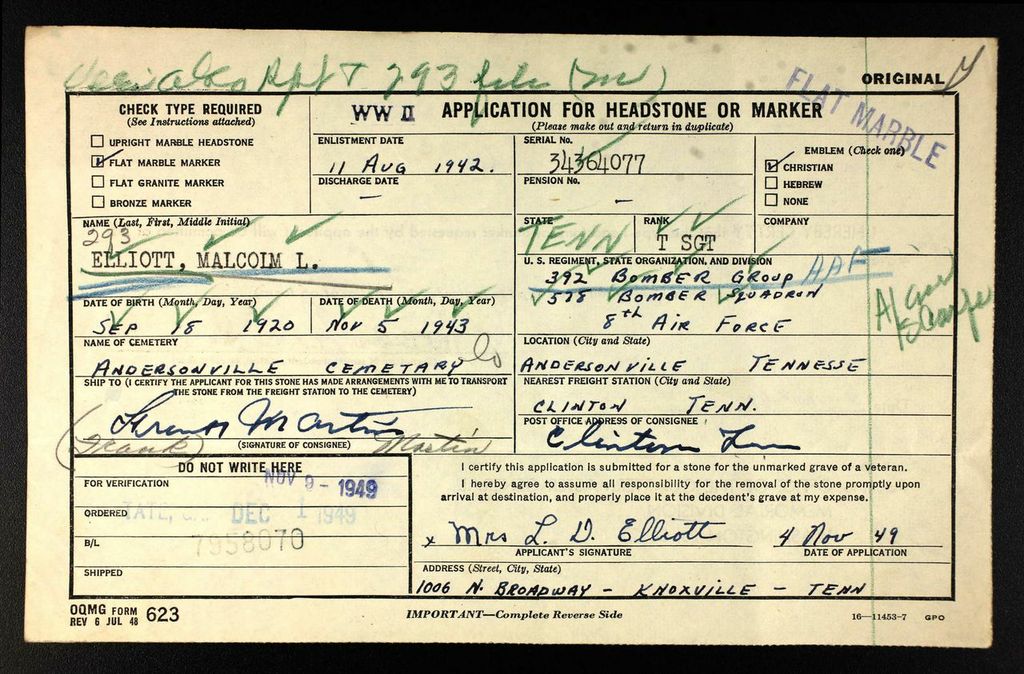 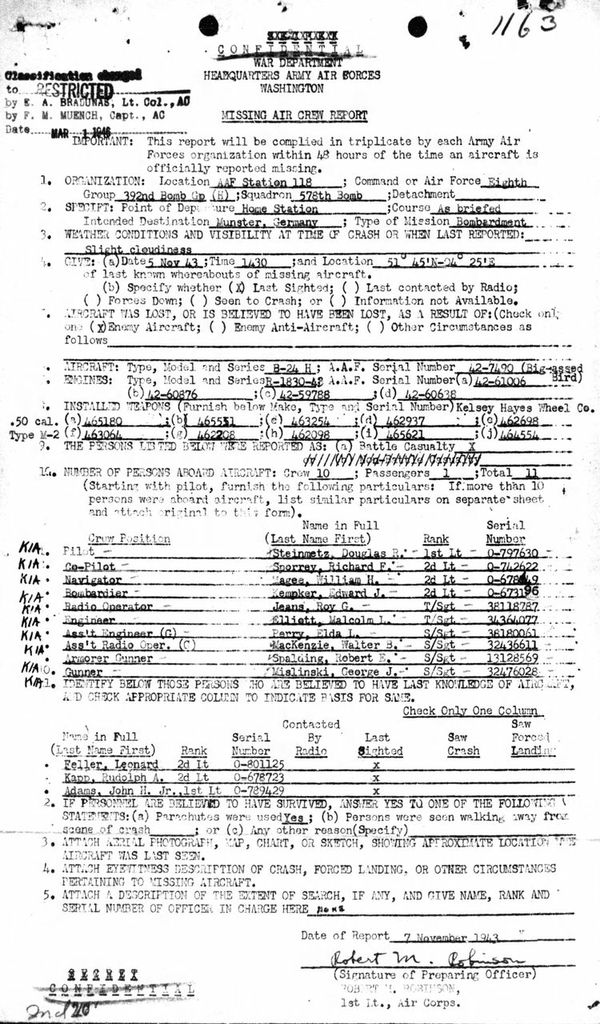 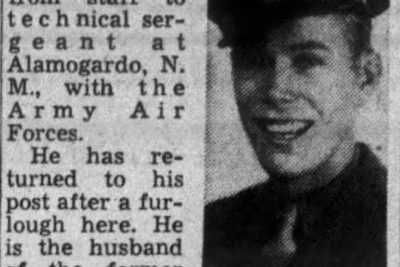 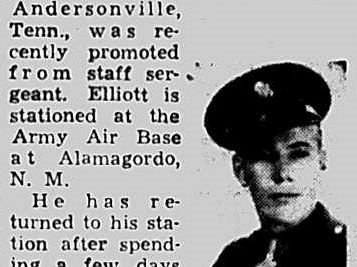