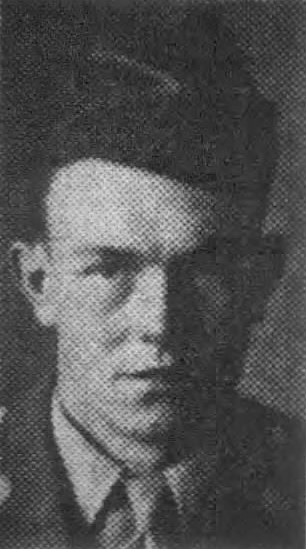 Mack enlisted in the US Army when he was eighteen years old. He enlisted at Camp Forrest, Tennessee on July 26, 1944. After basic training, Private Mack Rowan was assigned to the 358th Infantry Regiment, 90th Infantry Division and was sent to France.

Private Rowan was killed in action on February 1, 1945.

He was returned to his hometown of Madisonville, Tennessee and was laid to rest in Sunset Cemetery in Madisonville.

Mack and Carrie Harrill Rowan of Route 1, have received a telegram from the War Department stating that their son, Pvt. Mack R. Rowan, Jr. was killed in action in Germany on Feb. 1. He had been overseas only a few days. Besides his parents he is survived by two sisters, Miss Inez Rowan and Mrs. Merle Watson.

Mr. and Mrs. Mack Rowan, Sr. have been notified that the body of their son is en route home from overseas. Pvt. Rowan, 19, was killed in action on Feb. 1, 1945, in the Battle of the Bulge in Germany. He served with the 358th Infantry, Third Army. 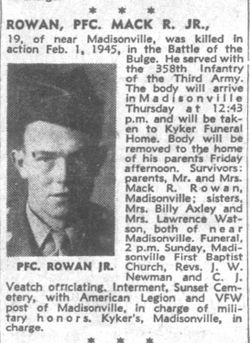 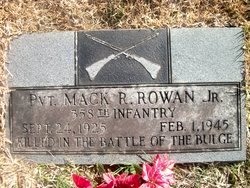 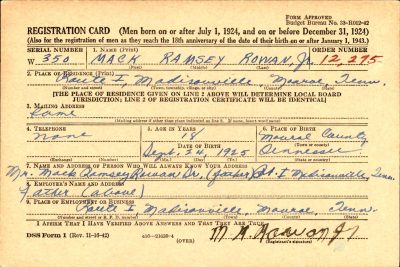